Gustav Klimt’s Portrait of Gertrud Loew was sold at auction by Sotheby’s in London last week, for over £24 million (a figure more than £6 million in excess of the upper end of its expected sale price range). Described on the occasion of its first exhibition in 1903 as “the most sweet-scented poetry the palette is able to create”, the portrait is just the latest in a succession of magical modern artworks whose provenance and title have finally re-emerged from the darkest depths of mid-twentieth-century European history.

Hailed by Sotheby’s Co-Head of Impressionist & Modern Art Worldwide as “one of [Klimt’s] finest portraits to appear at auction in over twenty years”, the portrait was commissioned by Dr Anton Loew, a celebrated Viennese physician, and painted in 1902. It depicts Dr Loew’s nineteen-year-old daughter, Gertrud, known as Gertha Felsöványi after her marriage to a Hungarian industrialist in 1912. Gertha, who had Jewish ancestry, fled Vienna in 1939 in the wake of the annexation of Austria by Nazi Germany the year before, and went into exile. According to Sotheby’s, before she left Vienna Gertha entrusted her property – including Klimt’s portrait of her – to the safekeeping of a friend who, as a victim of persecution herself, was later forced under duress to sell it all.

The painting was acquired by Gustav Ucicky, an Austrian film director who made several Nazi propaganda movies. Ucicky’s mother had modelled for Klimt, and he was once rumoured to have been the artist’s illegitimate child. At his death in 1961, Ucicky bequeathed to his wife Ursula a collection of paintings by Gustav Klimt, including the portrait of Gertha. In 2013, Ursula Ucicky established an art foundation which houses this collection, Gustav Klimt | Wien 1900-Privatstiftung (the “Klimt Foundation”). One of the publicly-stated aims of the Klimt Foundation is to research the provenance of the Klimt paintings which it holds. According to the Sotheby’s press release announcing the auctioning of the painting, extensive research into the provenance of the painting lead to a settlement between the Felsöványi family (heirs of Gertha Felsöványi) and the Klimt Foundation, under the Washington Conference Principles on Nazi-Confiscated Art (the “Washington Principles”). As part of that settlement, it was agreed that the painting would be offered for sale.

The Washington Principles are the product of an important conference (the “Washington Conference”) which took place in 1998, a pivotal occasion when representatives of 44 countries agreed to collaborate on research into the provenance of Nazi-looted art in their public collections. All 44 countries attending the Washington Conference committed themselves to work towards “fair and just solutions” for all disputes on Nazi-looted art identified in their public collections. The settlement between the Felsöványi family and the Klimt Foundation illustrates once again the growing relevance of the Washington Principles far beyond their actual scope of application. Fair and just solutions under the Washington Principles are meanwhile not only negotiated for works in public collections, but are increasingly adopted for purposes of negotiating the settlement of claims brought against private individuals and family estates as well.

Members of the K&L Gates global Fine Art & Cultural Property Practice Group regularly advise in connection with a wide range of provenance and title issues – all around the world, in a number of different contexts – including the multiple and complex issues raised by Nazi-looted art. Among other recent instructions, we are currently advising two parties in negotiations with the Taskforce established by the German government to resolve provenance issues surrounding the notorious Gurlitt collection. The existence in an ordinary Munich apartment of this extraordinary cache of Nazi-looted art first came to light as a result of a customs investigation in March 2012. Officials kept news of the discovery under wraps, and it did not become public until November 2013, since which time it has attracted significant on-going international media attention. The collection comprises an estimated 1400 artworks, including works by some of the very greatest names in modern European art, such as Henri Matisse, Marc Chagall, Otto Dix, George Grosz and Max Liebermann. 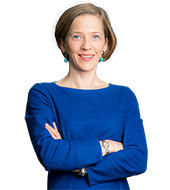