An Australian Securities & Investments Commission (ASIC) Report, "Sale of Direct Life Insurance" (Report), has exposed systemic issues within the life insurance industry. The findings include a number of dramatic case studies which have sparked a range of recommendations. The report has a wide focus, covering direct life insurance, including term life, accidental death, trauma, total and permanent disability (TPD) and income protection insurance. This August 2018 Report is particularly relevant because it echoes the "consumer-centric" focus of the Banking Royal Commission (Royal Commission). Some level of regulatory change seems likely.

Who Did ASIC Review?
ASIC reviewed 11 insurance firms which collectively dominate the Australian direct sale market. These firms were either insurers selling directly to consumers or distributors selling on behalf of two insurers.

How Was The Review Conducted?
ASIC wanted to assess how sales practices contribute to poor consumer outcomes and analysed 544 insurance sales calls made between 2010 to 2017.

ASIC reviewed the products, policies and procedures of each insurance firm, as well as the firm's culture. ASIC also conducted interviews of consumers who had recently bought direct life insurance.

1. Outbound sales
ASIC is concerned about pressure selling tactics often associated with outbound sales. For example, in one case study, a consumer explicitly informed the salesperson that she did not want insurance. The salesperson ignored this refusal and instead said:

‘What sort of situation do you think it would leave them [your kids] in if you didn’t get around to organising anything and something did happen?’

ASIC has formed the view that selling complex insurance produces on an outbound basis may not be conducive to consumers making informed decisions. ASIC is therefore considering imposing additional restrictions on outbound sales. The risks of pressure selling tactics were also highlighted by the Royal Commission, including instances of customers (with limited ability to understand the products) being drawn into purchasing a product by aggressive scripting, as well as specific training to overcome client objections.

2. Accidental death cover
ASIC considers accidental death cover to be generally of little benefit to consumers. The Report emphasises that this insurance only covers some types of accidents and has a claim ratio of only 16.1% over the 2015-17 financial years (ie payouts to insureds represent only 16.1% of total premiums paid), the lowest across the industry.

ASIC expects that insurance firms will stop selling this product unless the firm can demonstrate that it provides a benefit to consumers. ASIC has threatened formal action in the future if this product continues to be sold without any benefit to consumers. For example, ASIC could use its current and/or proposed future powers, including product intervention powers, to intervene.

3. Culture, training and scripts
ASIC considers the insurance sales culture, as embodied through training, scripting and informal expectations, may not sufficiently prioritise consumers' rights. It was noted that while the insurance firm may have policies which protect consumers, these may be in conflict with other targets and incentive structures such as commissions. The Report was scathing of a culture where, for example, sales teams named "The Dragons", "The Vipers" and "The Elite" were pitted against each other for commissions. Additionally, ASIC noted a case study where an insurance salesperson told their supervisor that they wanted to, "stitch the consumer up". ASIC expects a culture shift toward protecting consumers, including through additional training and script improvements.

4. Anti-hawking
The Report also reiterated the requirements of anti-hawking laws which prevent unsolicited offers of financial products, unless certain exemptions are followed. Particularly, ASIC noted features of the outbound call exemption, including the need to provide product disclosure statements (PDSs) before consumers acquire products. ASIC has clearly indicated that a consumer is best placed to make an informed decision when they have this information.

Future Impact
This Report has been issued within the context of the Royal Commission and any substantial reforms are likely to occur after the Commission reports its findings. In the meantime, ASIC will be using its existing regulatory levers to improve the quality of insurance products and selling practices.

Entities currently involved in the sale and distribution of life insurance should be looking to make enhancements to their sales culture now. If you would like more information on how to put mechanisms in place which address some of the weaknesses identified in the Report, contact K&L Gates.

Elise Hamblin was a contributing author to this publication. 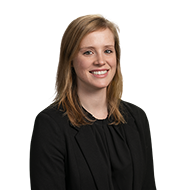