Any party to litigation in court or before an arbitral tribunal will, at some point, likely need to produce documents. Before producing documents that contain sensitive information (such as trade secrets or medical records), the producing party should ensure that a protective order is in place to prevent sensitive information from being made public or shared with a competitor. Parties generally have leeway to draft a tailored protective order that can be submitted for approval by the court or arbitral tribunal in which the parties stipulate to how confidential information within produced documents should be treated.

Here are three points to keep in mind when drafting a protective order:

Provide for the correct variety of confidentiality designations

Consider what designations should be available under your protective order and what each designation should mean. This requires you to consider early in the litigation what types of documents and information are likely to be relevant to the issues in the case. For example, in a case where an individual’s medical records are likely to be at issue, consider drafting a designation to cover Personally Identifying Information (PII) to prevent Social Security numbers, birth dates, home addresses, or similar information from becoming part of the public record. In a case where a business’s financial, budgetary, economic, or trade secrets may be produced, consider drafting a designation to cover Confidential Information, Business Confidential Information, or Highly Confidential Information; and where competitors are also a party to the litigation, consider drafting an Attorneys’ Eyes Only designation to limit the information that can be seen by a competitor. The protective order designations included, their definitions, and the protections they afford generally can be specifically negotiated and tailored to the particular needs of each case.

Consider what add-ins may be beneficial

Protective orders can cover more than when and how sensitive information can be designated. In most instances, it is beneficial to incorporate a “claw-back” or non-waiver provision in your protective order to minimize the risk of waiver in the event that privileged documents are produced inadvertently or otherwise. Particularly in cases involving large document productions, strong non-waiver provisions can head off an argument for subject-matter waiver when one otherwise privileged document is somehow not captured during your privilege review and is produced with thousands of non-privileged documents. For cases involving large amounts of electronically stored information (ESI), consider incorporating an ESI protocol directly into the protective order, or drafting a separate ESI protocol alongside the protective order to ensure that both parties produce ESI in usable formats with metadata intact. Additionally, with the proliferation of data privacy laws—such as the General Data Protection Regulation (GDPR) in the European Union—consider whether any such laws may apply and, if so, whether the protective order should include provisions to accommodate any applicable data privacy laws.

Designate documents under a protective order to facilitate efficient compliance

Getting your protective order entered is just the beginning, since you will still need to appropriately designate any documents you produce. While it may be tempting to simply apply the text of the designation to the face of the document or render it on the image of a document, consider also adding any designations in the file name, particularly for documents that are produced in a native format such as Excel spreadsheets or PowerPoint presentations. Where you are producing documents in imaged format with an associated load file, be sure to include a Protective Order Designation  (POD) field that is specific to the applicable protective order designation for your case. When this field is appropriately populated, it streamlines database queries later in the case and makes quick work of finding documents that have been designated. This is particularly helpful when you are working to identify only the subset of production documents that your client is eligible to see, and, at the case’s conclusion, when you are required to certify that all documents designated under the protective order have been deleted. 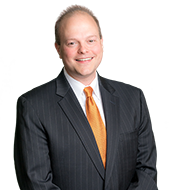