Litigation Minute: What to Do When Your Company is Threatened with a Consumer Class Action

You are in-house counsel for a consumer-facing company, and you have just been handed a letter from a plaintiff’s firm you’ve never heard of, threatening to file a class action over labeling, advertising, a company policy, or an alleged defect in your consumer product. What do you do?

Know you are potentially at risk

Any consumer-facing company is a potential target for a consumer class action, this includes manufacturers, suppliers, and potentially others within the chain of distribution. In recent years, consumer class actions have run the gamut from claims alleging false advertising and labeling of consumer products, illegal recording of telephone calls by customer service personnel, violation of the Telephone Consumer Protection Act, data and biometric privacy breaches, and violations of a myriad of specific consumer protection statutes enacted throughout the country. There is also an increasing trend of seeking class certification in traditionally one-off tort cases, particularly those involving personal care products, home improvement products, and even kitchenware.

Examine the demand letter for clues to scale of risk

The initial letter will hold many clues regarding the potential risk. For example, the name on the letterhead can signal whether there is a credible threat from a firm that not only settles, but tries cases, or whether you are dealing with lawyers who will fold under pressure, rather than pursue a case, if the merits of the claim are questionable. There may also be indications that suggest whether the threat is an attempt to quickly settle the consumer’s claim on an individual basis, or whether it is a prelude to an expensive attempt to certify a traditional class. The level of detail contained in the letter may reveal this as an opportunity to resolve a potential problem at a minor cost; an opportunity to turn what could be a minor problem into a major and expensive one; or an unavoidable litigation slog that just has to be dealt with. The threat may be a one-off or part of a nationwide trend of similar claims brought against similar industries. Minimal detail may reveal an undeveloped factual or expert record and may be an opening for a quick and cheap resolution. However, significant detail such as identification of other similar claims, reference to scientific data, or quantifying the number of individuals potentially affected by the alleged wrong may signal the claim is part of a nationwide trend. This may mean there is an easy solution to be found by conforming to the advertising and labeling changes made by similarly situated entities, or pointing to existing policy changes that have satisfied other plaintiffs’ counsel; or it may signal you are about to be dragged into an expensive and protracted process.

Prepare for the growing trend of class action claims

As the prevalence of threatened consumer class action claims continues to grow, virtually all consumer-facing companies will at some point receive a demand letter. Fortunately, the consumer class actions bar is a relatively small one where the players interact with each other repeatedly over time. This helps ensure a predictable pattern of litigation and often a roadmap for early and efficient resolution.

Learn about our work in the Consumer Products industry by visiting the website. 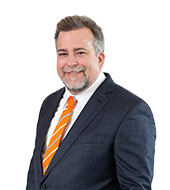 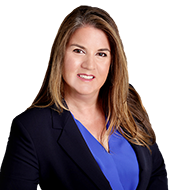