The main goal is the reduction of delays and maximization of efficiency of French civil procedure.

The key points of this vast reform are explained below.

Almost all of these new provisions will enter into force as soon as 1st September 2017.  Therefore, practitioners and companies need to rapidly digest and master these changes, in order to maintain an astute and efficient management of legal proceedings and thus strategically maximize their outcome. 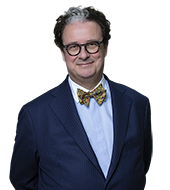