Making Sure Your Variations Stick

Background
A recent decision of the Supreme Court sets out a strict test for varying contracts which contain "No Oral Modification" clauses (referred to in this alert as "NOM clauses"). The UK's highest court has adopted a literalist approach requiring parties to agree modifications in writing where this is an express requirement of the contract's provisions.

Rock Advertising Limited was the licensee of serviced offices in London, operated by MWB. Rock's contract with MWB contained a NOM clause which provided that, "All variations to this Licence must be agreed, set out in writing and signed on behalf of both parties before they take effect".

Nevertheless, the parties allegedly agreed an amended payment schedule orally during a telephone call, which allowed Rock to defer some payments over a longer period of time. MWB denied that it agreed to vary the licence, locked Rock out of the premises and sued for arrears.

The Law
NOM clauses have long been treated with some circumspection by the judiciary. The inclusion of a NOM clause in a contract merely constituted one of several factors to be considered when determining whether an oral modification was valid. The judgment of the Supreme Court in this case takes a more formalistic approach.

Lord Sumption (for the majority) adopted a strict, literalist interpretation. He held that a NOM clause should be given full effect, reflecting the parties' intentions at the inception of the contract, and their freedom to set out their obligations to one another. This approach, he reasoned, achieved contractual certainty about the terms agreed. Further, it "prevents attempts to undermine written agreements by informal means, a possibility which is open to abuse".

Lord Briggs agreed with the outcome but dissented as to reasoning. He argued that Lord Sumption's approach restricts party autonomy in the future and thus limits the parties' freedom to contract, a cornerstone of the English law of contract. Lord Briggs argued that parties should at least retain the freedom to orally agree to nullify the NOM clause itself. If this is done sufficiently clearly, he argued, it would preserve party autonomy to the fullest extent.

Key Considerations
Contracting parties should assume that Lord Sumption's strict approach will apply for the foreseeable future. Therefore, when agreeing amendments to a contract, it is important to check for any clauses which may preclude oral modification.

It goes almost without saying that, if in doubt, vary the terms in writing. This will overcome the risk of the NOM clause being relied upon and, importantly, it ought to set out with a degree of clarity what the parties intend to change.

However, sometimes there simply is no opportunity to record desired amendments in writing. If this is the case, adopt a 'belt-and-braces' approach and be thorough. Keep minutes of any discussions, and, if possible, expressly note that the parties intend for the NOM clause to have no effect (i.e. follow Lord Briggs' approach). While there is certainly no guarantee this approach will work given the clarity of the Supreme Court’s decision, it may give rise to an estoppel or useful exception, to prevent the NOM clause cancelling out the parties’ efforts to depart from the strict terms of the original contractual wording. 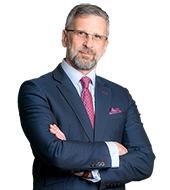