An opinion favorable to additional insureds came down last week from the Maryland Court of Special Appeals.  In John G. Davis Construction Corp. v. Erie Insurance Exchange, No. 802-2014 (Md. Ct. Spec. App. Oct. 28, 2015), the appellate panel held that a builder’s additional insured coverage under a subcontractor’s policy is not limited to vicarious liability, meaning that the insurer had a duty to defend the builder in an underlying personal injury suit that alleged that the builder itself was negligent.

Davis served as a general contractor for a home construction project.  In 2009, Davis subcontracted with Tricon Construction, Inc. (“Tricon”) to provide drywall, insulation, and fireplace services on the project.  The subcontract required Tricon to name Davis as an additional insured on Tricon’s commercial general liability insurance policy.  Upon execution of the subcontract, Tricon presented Davis with a certificate of liability insurance as proof that Tricon secured the additional insured coverage.  Attached to the certificate of insurance was a copy of an additional insured endorsement on the Insurance Services Office, Inc.’s (“ISO”) 2000 standard form, which indicated that Davis was an additional insured for its liability “arising out of” Tricon’s ongoing operations performed for Davis.  In contrast, the additional insured endorsement included in Tricon’s actual insurance policy with Erie Insurance Exchange (“Erie”) incorporated the language from the ISO 2004 standard form.  This endorsement provided that coverage extended to Davis’s “liability for ‘bodily injury,’ ‘property damage’ or ‘personal and advertising injury’ caused, in whole or in part, by” Tricon’s acts or omissions or the acts or omissions of those acting on Tricon’s behalf.

As part of its work on the project, Tricon erected a scaffold, which it owned, at the construction site.  In September 2009, two employees of another subcontractor were using Tricon’s scaffold to complete their work on the project when the scaffold collapsed, injuring both workers.  The injured workers alleged that they were authorized to use Tricon’s scaffold and were assured by Davis that the scaffolding was safe and secure.  The workers filed suit against Tricon and Davis, alleging one count of negligence against Tricon and one count against Davis.  Davis promptly notified Erie of the litigation and tendered its defense to Erie.  Erie, however, declined to assume Davis’s defense.  Erie claimed that its policy did not cover Davis, as an additional insured, for Davis’s own negligent acts.

In June 2013, Davis filed suit against Erie, alleging that the insurer breached its duty to defend.  The trial court granted Erie’s motion for summary judgment and Davis appealed.

As a preliminary matter, the appellate panel found that the trial court had erred by exclusively analyzing the scope of coverage under the certificate of insurance rather than the additional insured endorsement in the policy.  The court reasoned that since the certificate of insurance was produced by an independent insurance broker, and not Erie, its terms were not a part of the policy.  As such, the scope of coverage for Davis could only be found by analyzing the policy’s additional insured endorsement.

Following the ISO 2004 standard form, the policy’s additional insured endorsement stated that it extended coverage for Davis to “liability for ‘bodily injury,’ ‘property damage’ or ‘personal and advertising injury’ caused, in whole or in part, by” Tricon’s work on the project.  The court looked to a Fourth Circuit decision [1] that had construed similar endorsement language to mean that an insurer has a duty to defend an additional insured “only if the underlying pleadings allege that” the named insured, “or someone acting on its behalf, proximately caused” the injury or damage.  The Davis court interpreted the Fourth Circuit decision to mean that the ISO 2004 standard form endorsement’s use of “liability . . . caused, in whole or in part, by” could not refer exclusively to vicarious liability.  That is because “vicarious liability is an all or nothing proposition,” and therefore, a party could not be vicariously liable “in part” for a named insured’s acts.

As such, the Davis court held that the word “liability” in the additional insured endorsement relates to proximate causation rather than vicarious liability.  Under the policy, Erie would have a duty to defend Davis as long as Davis was alleged to be liable, in whole or in part, by the acts or omissions of Tricon rather than vicariously liable through Tricon’s work.  Comparing the underlying complaint to the policy language, the appellate court found that Erie was obligated to defend Davis because the complaint’s allegations against Davis were tied to Tricon’s work for Davis.

While Erie may attempt to appeal the decision to the Maryland Court of Appeals, if it is not appealed, then Davis is a firm pronouncement on the ability of additional insureds to secure coverage under the ISO 2004 standard form language.  As such, parties involved in construction projects should be aware of the ISO 2004 standard form before contracting so as to avoid surprise later on and protect their interests against insurers. 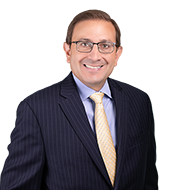