U.S. Labor, Employment and Workplace Safety Alert
By: Mark D. Pomfret, Kristi A. Nickodem
In a groundbreaking decision, the Massachusetts Supreme Judicial Court (“SJC”) ruled recently that employees in Massachusetts who have a legal prescription for medical marijuana can sue their employers for disability discrimination if the employee is fired solely on the basis of using the drug.

In Barbuto v. Advantage Sales and Marketing, LLC,[1] an employee accused her former employer of violating Massachusetts’ prohibition on handicap discrimination when the employer fired her after she failed a mandatory drug test. The plaintiff, Christina Barbuto, had a prescription for medical marijuana to treat her Crohn’s disease and was a qualifying medical marijuana patient under Massachusetts law. Barbuto informed the employer, Advantage Sales and Marketing (“ASM”), that she used marijuana for her condition and explained that she did not consume marijuana before or during work. However, when Barbuto failed a mandatory drug screen due to her marijuana use, ASM terminated her after just one day on the job.

The SJC stated that in Massachusetts, “the use and possession of medically prescribed marijuana by a qualifying patient is as lawful as the use and possession of any other prescribed medication.” Accordingly, the Court found that allowing an exception to an employer’s drug policy for an employee who has been legally prescribed medical marijuana could serve as a reasonable accommodation for the employee’s disability. If an employer has a drug policy prohibiting the use of a medication that alleviates or manages an employee’s medical condition, the Court concluded that the employer has a duty to engage in an interactive process with the employee to determine whether there are equally effective medical alternatives to the prescribed medication that would not violate the employer’s policy. According to the Court, terminating an employee for violating such a drug policy without first engaging in any interactive process “effectively denies a handicapped employee the opportunity of a reasonable accommodation, and therefore is appropriately recognized as handicap discrimination” under Massachusetts law.

While the SJC’s decision allowed Barbuto to pursue her handicap discrimination claim, the Court noted that it does not necessarily guarantee that she will ultimately succeed in proving discrimination. More specifically, the Court’s ruling places the burden on employers to prove that the employee’s use of medical marijuana would cause an undue hardship to the business or a risk to public safety in order to justify the employer’s refusal to accommodate the employee. Consequently, ASM will now have an opportunity to offer evidence showing that Barbuto’s use of medical marijuana is not a reasonable accommodation because it would impose an undue hardship on ASM’s business. For example, the Court noted that “an employer might prove that the continued use of medical marijuana would impair the employee’s performance of her work or pose an ‘unacceptably significant’ safety risk to the public, the employee, or her fellow employees.” The SJC further confirmed that an employer could also demonstrate an undue hardship by proving that the employee’s marijuana use would violate an employer’s contractual or statutory obligations, such as the Drug Free Workplace Act requirements for federal government contractors.

The SJC’s decision is a marked departure from prior rulings in California,[2] Colorado,[3] Oregon,[4]  and Washington,[5]  where courts have found that employers had no duty to accommodate an employee’s use of medical marijuana. In other states, where marijuana use is legalized for medical purposes, employers should exercise caution before firing or disciplining employees for their authorized use of the drug. Indeed, employers in Arizona, Connecticut, Delaware, Illinois, Maine, Minnesota, Nevada, New York, Pennsylvania, and Rhode Island must be particularly vigilant regarding adverse actions against employees on the basis of marijuana use, since the medical marijuana laws of those states contain explicit anti-discrimination or reasonable accommodation provisions. Notably, the Massachusetts statute legalizing medical marijuana does not contain any explicit anti-discrimination or reasonable accommodation provisions. Accordingly, it is possible that courts in other states without explicit anti-discrimination provisions in their medical marijuana laws could follow the lead of Barbuto and find that an employee is entitled to reasonable accommodation under state disability discrimination laws. 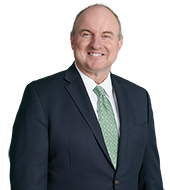