The amendments make significant changes to the laws of defamation in those jurisdictions, including by requiring individual plaintiffs to now meet a 'serious harm' threshold to successfully bring a claim in defamation, as well as introducing a new 'public interest' defence.

How serious is 'serious harm'?

The amendments raise the standard of harm that a plaintiff must demonstrate in an action for defamation by adopting the 'serious harm' threshold already in place in the UK. The reforms also bring a somewhat corresponding end to the statutory triviality defence, which has been abolished.

Plaintiffs and practitioners alike must be mindful of these new thresholds and the evidence required to establish 'serious' harm or financial loss. These thresholds are primarily aimed at reducing the burden placed upon courts by trivial or frivolous defamation claims where no 'serious' harm has been suffered.

The legislation does not provide guidance on exactly what will constitute 'serious' harm or financial loss. Instead, what is considered to be 'serious' for the purposes of these thresholds will be left to the courts to consider on a 'case by case' basis. Decisions from the UK provide some assistance - they broadly suggest that the actual impact of the defamatory statement is as relevant a consideration as the scale of the publication, the gravity of the statements made within, and whether the publication has come to the attention of individuals who know the claimant.

Is it in the public interest?

It is now a defence to the publication of defamatory material if the defendant proves that the matter concerns an issue of public interest, and the publisher reasonably believed that publishing the statement was in the public interest. The new defence draws upon elements of the UK Defamation Act 2013 public interest defence, as well as our existing statutory qualified privilege defence. The new legislation provides guidance on what factors the court may take into account when determining whether the 'public interest' defence is established, including:

While the introduction of this defence was eagerly awaited by defendants (especially those in the media), the Australian formulation of it may well see publishers inherit the challenges they already experience in establishing a qualified privilege defence. Publishers should be mindful of this when seeking to rely on this defence.

The amendments also introduce, among other things:

Public consultation for Stage 2 of the review of Model Defamation Provisions closed on 19 May 2021. The second stage of the review focuses on two broad areas:

Stay tuned for our next Legal Insight, where we will discuss the impacts of the Stage 2 reforms on individuals engaging with social media and other digital platforms. 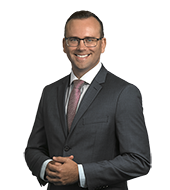 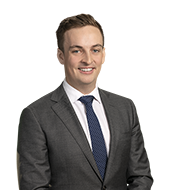