On 30 June 2022, the new EU Market in Crypto-assets Regulation (MiCA) was agreed on between the European Commission (Commission), the European Parliament (Parliament), and the Council of the European Union (Council). MiCA1 is perhaps the first comprehensive regulatory regime in the world tailored specifically to crypto-assets. Europe is reportedly the largest crypto market in the world accounting for 25% of global crypto activity,2 which means it is undoubtedly important for market participants to pay attention to MiCA, and the EU approach generally. Further, given the ever-increasing regulatory interest in crypto-assets, other national regulators may potentially find in MiCA a blueprint, or at least a framework of thoughts, for their own future regulatory initiatives. Accordingly, market participants located outside of the EU may develop insights as to the likely direction of their local regulatory approach by considering the EU approach.

This is a three-part series of alerts in which we examine the main elements of the new MiCA regime, and we also refer to the relevant UK position/proposals where comparison is available. In this Part 1, we focus on the scope of MiCA and the relevant issues, Part 2 will discuss the Prospectus Regulation-like regulatory regime for stablecoins/nonstablecoins, and Part 3 will look at the Markets in Financial Instruments Directive (MiFID)-like regime for regulated crypto-asset services.

The current status of MiCA

Parliament, Council and Commission reached a provisional political agreement on MiCA after intense trilogue discussions. The final agreed text of MiCA has not yet been published. But before the agreement, the Council published a procedural document3 which was used as the basis for the three institutions to negotiate amongst themselves. It sets out the three different versions of MiCA: the version as initially proposed by the Commission, and Parliament’s and Council’s versions, each detailing their respective proposed changes to the Commission’s initial version. Since then, a compromise text (Compromise Text) was published on 5 October 2022 which is expected to be the final version of MiCA subject to Parliament's agreement. This discussion looks at the Compromise Text and also refers to the three negotiation versions for comparison. Our comments are accordingly subject to the final published version of MiCA.

Definition of a “crypto-asset”

The new MiCA framework applies to certain specified activities and services with respect to a “crypto-asset”. Naturally it is crucial to understand what “crypto-asset” means for these purposes. The Commission defined “crypto-asset” as “a digital representation of value or rights which may be transferred and stored electronically, using distributed ledger technology or similar technology”. The Council adopted this definition without changes. As you may have noted, this does not mention cryptography; cryptography is also not mentioned in the definition for distributed ledger technology (DLT) in the Commission’s proposed version and the Council’s amended version (although the Commission version referred to “encrypted” in passing). This definition would appear to be much wider than crypto-assets as typically understood in the industry. In fact, it might even be a misnomer to have “crypto” included in the term under this definition (digital asset may be a more appropriate term). The Parliament proposed changes to narrow the scope by adding that a crypto-asset must use cryptography for security.

The Compromise Text adopts the original definition proposed by Commission. Unlike the three negotiation versions which proposed stand-alone definition for distributed ledger technology, the Compromise Text defines "distributed ledger technology" by referencing the DLT Pilot Regime Regulation 2022/858 which is in turn defined by referencing the defined concepts therein of "distributed ledger", "consensus mechanism" and "DLT network node". None of these concepts refer to cryptography, although these concepts read together appear to be aligned with what is commonly understood to be DLT. So the scope may not be as wide as one may expect. However, the reference to "similar technology" in the wording is not clarified in the Compromise Text and therefore there is some uncertainty regarding the scope.

This can be contrasted with the United Kingdom (at least for now). There is currently no uniform legal definition for crypto-asset in the United Kingdom. The UK Cryptoassets Task Force4 proposed a working concept which refers to crypto-asset as “a cryptographically secured digital representation of value or contractual rights that uses some type of DLT and can be transferred, stored or traded electronically” (emphasis added). This concept is used by the UK Financial Conduct Authority (FCA) in its guidance.5 The UK Money Laundering Regulation 2017 also uses this same concept under the anti-money laundering registration requirements for certain crypto-asset businesses. The UK government, in its consultation on certain requirements for crypto-asset promotions,6 proposed a similar definition but with additional conditions; this proposed a term of “qualifying cryptoasset” which is “any cryptographically secured digital representation of value or contractual rights that uses a form of distributed ledger technology and which is fungible, [transferable, and is not otherwise currently within any UK regulatory regime]”.7 These formulations, however, appear to be narrower than the MiCA definition (if the changes proposed by the Parliament are not adopted in the published final text).

Certain insurance products and pension products in relation to crypto-assets are excluded. The wording of these carve-outs as used by the Commission and the Parliament are such that they may be read, for example, to exclude insurers from MiCA entirely (which would mean insurers engaging in crypto-assets would not be caught). The Compromise Text adopts the Council approach, i.e. only the relevant types of products (not the type of firms) are expressed to be excluded.

The Compromise Text provides that crypto-assets that are unique and not fungible with other crypto-assets are outside scope. This appears to follow the approach by Parliament and Council; NFTs were not covered in the initial Commission proposal. The Compromise Text, in a number of recitals and other places, seek to clarify the meaning of NFT; the provisions appears to be based on but more extensive than what Parliament and Council proposed in their negotiation versions. For example, being NFTs is not precluded from it also being a financial instrument (which appears to be aligned with Parliament in its version); the assets or rights represented by NFTs should also be unique and not fungible (which is in line with the Council's position). The clarifications appear to focus on whether the token is interchangeable and whether its value can be ascertained by comparing to an existing market or equivalent asset. Ultimately, it is the substance (referred to as "de facto features" or "de facto uses") rather than form that is determinative in assessing whether a crypto-asset is an NFT.

Further, neither the previous three versions nor the Compromise Text provides any guidance or explanation on what would count as “unique” and “fungible” in this context. This looks to be a gap that needs filling. For example, while certain items, such as a piece of art, may be self-evidently unique, others, such as a digital photograph, may not. A prominent Commission official was quoted over the summer noting that EU legislators take a very narrow view of what is an NFT, and NFT collections are likely to be treated like cryptocurrencies. It remains to be seen how, and whether, the final agreed text addresses these points.

It will also be interesting to see (for comparison) what clarification or criteria (if any) may be provided by the UK government when it finalizes the term “qualifying cryptoasset” for the UK’s proposed crypto-asset promotion regime (see above).

A “utility token” is a crypto-asset that is intended to provide access to a good or service supplied by the issuer. There are differences in wording in the three versions but the essence is the same. Further, utility tokens relating to goods/services already in existence and those relating to goods/services not yet in existence are treated differently with the former subject to “lighter” requirements.

The fourth category captures all other crypto-assets that do not fall within the above three categories.

With respect to stablecoins, the United Kingdom also has another definition under its proposed regulation10 which uses the term “payment cryptoasset”. The final definition is still being discussed but is expected to cover “any cryptographically secured digital representation of monetary value which is, among other things, stabilized by reference to one or more fiat currencies and/or is issued and used as a means of making payment transactions”. This would appear to correspond to the EU’s e-money token (or asset-referenced token). It has been clarified that “payment cryptoasset” will not cover algorithmic stablecoins and stablecoins referencing commodities. There is no such explanation in MiCA (subject to the final agreed text). The Commission’s initial definition of asset-referenced token specifically referred to “commodities”. The Compromise Text adopts the "asset-referenced token" definition as proposed by Parliament and Council, i.e. without referencing any specific type of asset and simply referring to "any other value or right…including official currencies"; this does not appear to change the essence of Commission's wording.

Notwithstanding MiCA being one single regulation, it actually provides for three separate but inter-connected regulatory regimes.

There is a regime for offering nonstablecoins (i.e., those that are not asset-referenced tokens nor e-money tokens) to the public, or seeking to get them admitted to a crypto-exchange; there is a similar regime for offering stablecoins (i.e., asset-referenced tokens and e-money tokens) to the public, or seeking to get admitted to a crypto-exchange. Both appear to be disclosure regimes modeled on the existing EU Prospectus Regulation regime under which, subject to certain exemptions, a prospectus must be published to offer transferable securities to the public or to have such securities admitted to trading on a trading venue. The proposed regime for stablecoins is the more onerous of the two.

There is also an authorization regime for carrying on of “crypto-asset services” which are specified activities/services carried on with respect to crypto-assets. This regime appears to be based on the existing MiFID regime with terminologies similar to those under the MiFID regime.

As noted above, this is Part 1 of a three-part series. In Part 2, we will take a close look at the requirements for stablecoins and non-stablecoins, and the relevant issues and debates.

1 We provided a brief update on MiCA earlier as part of our monthly Brussels Regulatory Brief. This series is intended as a more detailed analysis together with a comparison with relevant UK initiatives. Our earlier brief is available at https://www.klgates.com/Brussels-Regulatory-Brief-July-2022-7-27-2022

4 This consists of the Financial Conduct Authority, the Bank of England, and HM Treasury, and is established to explore potential policies for crypto-assets.

7 The definition is still being finalized, but mainly in relation to clarifying criteria for fungibility and transferability. Therefore it seems that the basic scope of the term will remain.

8 The Parliament proposed changes that would provide a possibility for an e-money token to refer to a “portfolio” of assets as long as the aim is to maintain the token’s value to one single fiat currency.

9 Please see Part 2 for further discussion on the authorisation requirements. 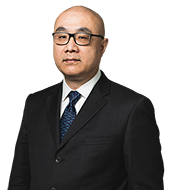