On March 5, 2020, the U.S. District Court for the Northern District of Illinois entered a final judgment on a jury verdict of approximately $764.6 million in a high profile trade secret misappropriation case — Motorola Solutions, Inc. v. Hytera Communications Corp. Ltd. [1] This judgment was made possible, in large part, by an earlier order from the district court holding that the Defend Trade Secrets Act (“DTSA”) applies to misappropriation that occurs outside the United States if (1) the misappropriator is a U.S. citizen or entity, or (2) “an act in furtherance of" the misappropriation occurred domestically. [2] While Motorola is not the first case to recognize that the DTSA provides a private right of action for foreign misappropriation, [3] it appears to be the first substantive analysis of extraterritorial application of the DTSA to date. [4]

The Motorola case centered on allegations that Hytera, a Chinese rival of Motorola, misappropriated Motorola’s trade secrets to develop and sell a competing digital radio. [5] Motorola claimed that Hytera hired three engineers away from Motorola’s Malaysian office, and that those engineers stole thousands of technical, confidential Motorola documents containing trade secrets and source code. [6] According to Motorola, Hytera used Motorola’s trade secrets to develop a state-of-the-art digital radio that was functionally indistinguishable from Motorola’s digital radios. [7] Hytera proceeded to sell its newly developed radios both internationally and in the United States. [8] While the key actions that enabled Hytera’s acquisition of Motorola’s trade secrets took place overseas, certain actions related to the misappropriation occurred in the United States. [9] In particular, Hytera advertised, promoted, and marketed products embodying the allegedly stolen trade secrets at numerous domestic trade shows. [10]

Other Extraterritorial Applications of the DTSA

Though Motorola provides perhaps the most detailed justification for the extraterritorial application of the DTSA, other cases illustrate that a wide range of conduct can qualify as an “act in furtherance of” misappropriation under the DTSA. For example, in Luminati Networks Ltd. v. BIScience, Inc., the U.S. District Court for the Eastern District of Texas held that a foreign company could be liable for misappropriation under the DTSA because it used the trade secrets its employees acquired from their former employer outside the United States in order to provide a competing service in the United States. [22] As another example, in MACOM Tech. Sols. v. Litrinium, Inc., the U.S. District Court for the Central District of California held that a foreign individual’s “regularly scheduled business trips” to his employer’s California offices, during which he coordinated misappropriation with his future California employer, constituted “an act in furtherance of the offense … committed in the United States[.]” [23] Last, in Micron Tech., Inc. v. United Microelectronics Corp., the U.S. District Court for the Northern District of California determined that an “act in furtherance of” misappropriation occurred when the defendants sent a delegation of executives to California to attend a job fair and meet with vendors for the purpose of hiring engineers and ordering equipment that could be of service in developing and manufacturing products that incorporated misappropriated trade secrets. [24]

As Motorola demonstrates, extraterritorial application of the DTSA can carry significant consequences. A trade secret owner may be able to sue an alleged misappropriator for trade secret misappropriation that occurred entirely overseas, as long as the owner can show that an “act in furtherance of” such misappropriation occurred in the United States. Even relatively limited activities in the United States, such as attending trade shows, can be enough to trigger extraterritorial application of the DTSA. Both foreign companies and U.S. companies operating abroad should be aware of the DTSA’s potentially far-reaching scope.

[5] See id. at 2. In addition to bringing trade secrets claims, Motorola also brought a claim against Hytera for copyright infringement. 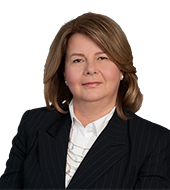