More Tools for AML Enforcement and More to Come: Key Considerations from the 2020 Anti-Money Laundering Act and the Corporate Transparency Act

On 1 January 2021, Congress overrode President Trump’s veto of the National Defense Authorization Act (the NDAA). As part of the NDAA, Congress included long-considered provisions with the potential to revolutionize anti-money laundering and Bank Secrecy Act (AML/BSA) enforcement in the United States. Specifically, the NDAA includes the Anti-Money Laundering Act of 2020 (the AMLA), which contains numerous provisions to enhance the government’s enforcement powers, redefine enforcement priorities, increase international data sharing, and streamline certain reporting procedures. The NDAA also includes the Corporate Transparency Act (CTA), which establishes beneficial owner reporting obligations for certain non-public companies. Both the AMLA and the CTA include significant penalties for violations. As the Treasury Department issues new priorities for the Financial Crimes Enforcement Network (FinCEN) and promulgates regulations pursuant to each of the AMLA and the CTA, we will learn more about how financial institutions and entities will need to modify existing compliance programs and procedures or otherwise ensure compliance.

FinCEN is directed to conduct an assessment of whether to establish a process for the issuance of no-action letters in response to inquiries concerning the application of the BSA. This report is to be submitted to Congress, along with any proposed rulemakings if that is decided to be appropriate, within 180 days after the enactment of the AMLA.

The AMLA also expands the current AML/BSA whistleblower protection program, providing increased awards and additional protections. In particular, the AMLA provides that whistleblowers whose reporting leads to monetary penalties in excess of US$1 million could receive awards of up to 30 percent of the total penalty against the company. This is similar to the whistleblower program established by the Dodd-Frank Act, where whistleblowers may receive awards between 10 percent and 30 percent of monetary sanctions above US$1 million. The amount of the award will depend on the significance of the information, the degree of assistance provided, the government’s interest in deterring AML/BSA violations through providing whistleblower awards, and any other factor determined by the Secretary of the Treasury in consultation with the Attorney General. Previously, AML/BSA whistleblowers were eligible to receive awards of US$150,000 or 25 percent of the penalty (whichever is lower), regardless of the amount of the penalty ultimately assessed against the company.

The AMLA further creates a private right of action for whistleblowers to file a complaint with the Occupational Safety and Health Administration (OSHA) if they believe they were retaliated against for reporting potential violations to the government. If after 180 days, OSHA has not issued a final decision and there has been no finding of bad faith, the whistleblower may file a complaint in the appropriate federal district court. As with other OSHA complaints, the employer may be entitled to limited attorneys’ fees if there is a finding of bad faith on the part of the employee.

Under the CTA, companies covered by the CTA will be required to submit a report to FinCEN that includes the name, date of birth, address, and identifying number (e.g., passport or state identification document number) of the “beneficial owners” of the company. Each covered company also will be required to report any changes to its beneficial ownership, within one year of the change. These measures should enhance the ability of U.S. law enforcement to address money laundering concerns and the financing of terrorism. However, the CTA itself will not fundamentally change the obligations of banks and other covered financial institutions to verify the identity of the beneficial owners of their legal entity customers.

The CTA excludes more than 20 classes of entities from coverage of the reporting obligations thereunder, including (1) public companies; (2) any entity with more than 20 U.S.-based employees, greater than US$5 million in yearly revenue reported to the U.S. Internal Revenue Service, and a physical operating presence at an office location in the United States; and (3) certain financial institutions, investment funds, and charities. The CTA appears to be drafted to exclude from coverage certain companies exhibiting greater indicia of legitimacy or subject to other U.S. regulation, primarily focusing on entities which pose the greatest perceived AML risk (e.g., shell companies with no employees or operating presence).

Under the CTA, a beneficial owner is defined as each individual who, directly or indirectly, owns or controls 25 percent or more of the ownership interests of the entity, or who exercises “substantial control” over the entity. Although substantial control is not defined under the CTA, indicia of such control often includes such factors as possession of special voting rights, appointment or veto powers, or approval of operational or strategic decision-making. As enacted, there will be significant questions surrounding the determination of who is a beneficial owner and guidance on the interpretation of “substantial control” under the CTA will likely be included in the regulations to be issued in the coming year.

The Secretary of the Treasury may, with the agreement of the Attorney General and Secretary of Homeland Security, exempt additional classes of entities if it is determined that gathering this information would not serve the public interest and would be of limited use for national security, intelligence, and law enforcement purposes.

The information reported to FinCEN will not be publically available, but can be shared with federal law enforcement agencies. State, local, and tribal law enforcement agencies may obtain information in the FinCEN registry with court approval. The CTA also provides for criminal and civil penalties for willfully providing, or attempting to provide, false or fraudulent beneficial ownership information, or willfully failing to report complete or updated beneficial ownership information to FinCEN. The civil penalty is up to US$500 for each day that the violation continues or has not been remedied. A person that violates the reporting requirements also can be fined up to US$10,000, imprisoned for up to two years, or both.

As regulations are issued in the coming year, we will learn more regarding the full implications and scope of both the AMLA and the CTA on financial institutions, including those with robust AML compliance programs, as well as on relevant companies and other covered entities. K&L Gates regularly provides advice to clients regarding effective AML risk assessments and development of compliance programs appropriately tailored and proportionate to identifiable risks, including know-your-customer and enhanced due diligence procedures, which will likely require modification and enhancement once the Treasury Department publishes its new AML priorities and promulgates the required set of regulations under the AMLA. Similarly, as the Treasury Department promulgates regulations implementing the CTA, K&L Gates is well positioned to advise companies and other legal entities of the applicability of the CTA to them as well as their related reporting obligations thereunder. 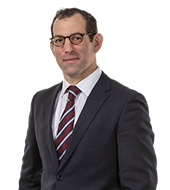