Mutual Termination Agreements: Between Temptation and Risk for Employers

Over the past few years, the “individual mutual termination agreement” ("rupture conventionnelle individuelle") has become an increasingly popular method of terminating employment contracts. Introduced in France by the law of 25 June 2008, this process of terminating permanent employment contracts has increased by more than 8 percent in 2017 and 3.9 percent in 2018, with 437,700 (1) agreements being concluded in 2018. However, despite its simplicity in terms of substance and form, the mutual termination agreement continues to raise questions and give rise to case law in the French Supreme Court (Cour de Cassation).

According to Articles L. 1237-11 et seq. of the French Labor Code, individual mutual termination agreements are currently the most successful form of amicable termination of an employment contract for an indefinite term. However, its apparent ease is called into question by the intervention of the French labor authority ("DIRECCTE"), which plays a significant role in the procedure for termination. Thus, individual contractual termination for protected employees is authorized by the labor inspectorate ("inspection du travail"), while for employees without protected status (i.e. staff representatives such as members of the Economic and Social Committee, trade union delegates; candidates to companies’ elections, employees mandated by a representative trade union for collective bargaining, trade union defenders, etc.) it is simply approved by the labor authority.
The figures and case law illustrate the fact that certain employees are willing to challenge the mutual termination agreement to which they have agreed. Consequently, the French Supreme Court is regularly called upon to define the conditions of implementation of the individual mutual termination agreement and to sanction employers.

Although the Labor Code prohibits the use of a mutual termination agreement in order to circumvent the legal provisions applicable to collective economic dismissals, in practice the French administration does accept the use of such agreements in this situation. However, this procedure cannot be used to avoid the rules of collective economic dismissal and deprive employees of the guarantees attached to it. In this regard, the labor authorities consider that a company or group facing economic difficulties and making extensive use of mutual termination agreements (10 or more over a period of 30 days) is likely to be circumventing the economic dismissal procedure and in particular the implementation of an Employment Protection Plan (or so-called “Social Plan” (4) ("Plan de Sauvegarde de l’Emploi")).

In addition, French case law has recently raised doubts about the use of an individual mutual termination agreement when an employee has been declared unfit ("inapte") as a result of a work related accident (5). The French Supreme Court accepted the validity of a mutual termination agreement concluded in such a situation, provided that there is no fraud and consent has been validly provided.. Nevertheless, in this case, in order to approve the termination, the labor inspector requires that the employee receives a termination indemnity at least equal to the level of compensation provided for in the event of dismissal for work-related incapacity.

The issue of time limits is also difficult because it is a crucial point of validity that will be observed by the labor inspector. The French Supreme Court has specified that the employee’s right of withdrawal is assessed on the date on which the letter of withdrawal is sent and not on the date on which the employer receives it (10). The employer and the employee have 15 calendar days to validly renounce the conclusion of the mutual termination agreement, as from the day after the signature of the agreement. To be valid, the withdrawal must be sent to the other party before the end of the 15-day period.

Despite its success, the mutual termination agreement is not an infallible solution and is regularly challenged before the Labor Court. Indeed, the Labor Court has jurisdiction to assess the validity of an approved mutual termination agreement of an unprotected employee's employment contract (i.e., an employee without a mandate as an employee representative or who has not been appointed by a trade union organization to participate in collective bargaining, or an employee who has not been a candidate to companies’ elections) and, if necessary, to reclassify it as dismissal without real and serious cause ("licenciement sans cause réelle et sérieuse"). The employee is then entitled to the severance pay and damages provided for in this situation. The financial consequences for the company may therefore be significant, particularly with regard to the age, seniority and personal situation of the employee concerned.

Particular care is required at each stage of the procedure of this method of mutual termination of the employment contract, especially since the validity of the individual mutual termination agreement can be challenged for one year after its approval by French labor authorities. 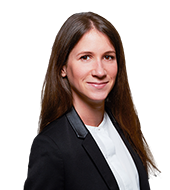