Last week, the National Labor Relations Board reversed long-standing precedent and ruled that a company may be a joint employer of another company’s workers if it has the right to control those workers, even if that right is not exercised.  The Board’s decision in Browning-Ferris Indus. of California is an expansion of existing law that may require companies utilizing contingent workforces to reevaluate whether they might be an employer of those workers. [1]  While questions remain about how the new joint employer standard will affect companies, employers can take steps now to review and evaluate any contingent workforce relationships and the contracts and policies impacting those relationships.

A joint employment relationship exists when more than one company is considered the legal employer of a group of workers. Previous Board and court decisions had held that an “employer [must] not only possess the authority to control employees' terms and conditions of employment, but must also exercise that authority, and do so directly, immediately, and not in a ‘limited and routine’ manner” [2] in order to be considered a joint employer under the National Labor Relations Act.  The Board chose to use Browning-Ferris to revisit that standard.

In Browning-Ferris, a labor union attempted to unionize workers at a recycling facility owned and operated by Browning-Ferris Industries of California Inc., (BFI).  An employment agency, Leadpoint Business Services (“Leadpoint”), supplied certain workers to BFI under a temporary labor services agreement.  The NLRB examined whether ballots cast by Leadpoint workers in a union election conducted among BFI employees should be counted because BFI was a joint employer of those workers.

The Board, in a 3-2 decision, found that BFI had significant control over Leadpoint’s employees and was, in fact, a joint employer.  In so doing, the Board announced a new standard for determining joint employment: “the Board may find that two or more entities are joint employers of a single work force if [a] they are both employers within the meaning of the common law, and if [b] they share or codetermine those matters governing the essential terms and conditions of employment.” [3]  Importantly, the new standard no longer requires an employer to exercise control over employees to be considered a joint employer, but instead considers whether the company has merely reserved that authority for itself.

Over criticism from the dissenting Board members that the new test would lead to uncertainty and unpredictability, the Board responded that its new “right to control” standard would be applied on a case-by-case basis, and acknowledged that it is “certainly possible that, in a particular case, a putative joint employer’s control might extend only to terms and conditions of employment too limited in scope or significance to permit meaningful collective bargaining.” [4]  While the specific facts of a case may counsel the conclusion that a company is not a joint employer, it is almost certain that, as a general proposition, the Board’s decision will significantly increase the likelihood that a joint employment relationship will be found.

The real question, then, becomes how the new joint employer standard will affect companies. Some of the issues that may be raised include:

In anticipation of being confronted with these issues, companies may want to consider several courses of action, including:

While it may be months or years before the full impact of the Board’s BFI decision will be felt, it is prudent that employers embark on a reevaluation of their contingent workforce relationships as well as their relationships with parents, subsidiaries, franchisees and independent contractors so that when the bite of BFI is felt, it will not be a surprise.

[3] Id.  Essential terms of employment include hiring, firing, discipline, supervision, discretion, wages and hours, number of workers to be supplied, controlling scheduling, seniority, overtime, and assigning work and determining the manner and method of work performance. 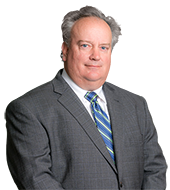