Plan sponsors should begin considering whether they want to make the changes that are permitted, but not required, by the new rules and should consult with their legal advisors to ensure that any required plan amendments are timely adopted.

Background on 401(k) Hardship Distributions
With a few exceptions, in-service withdrawals from a 401(k) plan are prohibited.[1] However, if permitted by a plan, a participant may be able to take an otherwise-prohibited in-service withdrawal from his or her 401(k) account because of a “financial hardship,” if such distribution follows the guidelines issued by the IRS. A plan may make a financial hardship distribution only to alleviate a participant’s “immediate and heavy financial need”[2] and only if the distribution is limited to the amount necessary to satisfy that need.[3]

Prior to the 2018 Budget Act, IRS rules contained several restrictions on hardship distributions, including the following:

Collectively, these rules meant that hardship distributions were a last resort solution for most participants.

1. Hardship Distributions Prior to Taking a Loan
The Act eliminates the requirement that a participant take any available loan under the plan prior to taking a hardship distribution (although participants still must exhaust all other in-service withdrawals available under the plan). The removal of this restriction benefits both participants and employers: plan participants no longer must burden themselves with additional debt before withdrawing much-needed funds, and employers no longer must take the additional step of verifying an outstanding employee loan, or confirming that the employee could have taken a loan, before approving a hardship distribution.

2. New Sources Eligible for Hardship Distributions
The Act extends eligibility for hardship distribution to additional contribution sources to include:

1. Elimination of Six-Month Suspension is Permissive for 2019 and Mandatory for 2020
For plans that use the “safe harbor” approach to the financial hardship determination and therefore require the six-month suspension of contributions, those suspensions will be prohibited beginning 2020.

2. Participant Certifications Will Be Required In Lieu of Contribution Suspension
As plans are still required to establish that the hardship distribution is limited to the amount necessary to satisfy the immediate need, both plans and plan sponsors will have to make certain administrative certifications in lieu of the elimination of the six-month contribution suspension requirement. Plans will now be required to obtain a representation from the participant (in writing or through an electronic process) stating that the participant has insufficient cash or other liquid assets to meet the financial need. These participant representations will be mandatory beginning 2020. Plan sponsors will also still need to determine that the participant has obtained all other available distributions from the plan sponsor’s plans (e.g., age 59-1/2 in-service withdrawals, rollover account withdrawals, etc.). Plan sponsors that choose to eliminate the six-month suspension requirement before 2020, as described above, must ensure that their plans provide an alternative method to establish the participant’s hardship. Although the Proposed Regulations are not entirely clear, the alternative approach likely would either need to follow the current “non-safe harbor” procedures — which will be available only through the end of 2019 — or by implementing the new procedures described in the Proposed Regulations, including the new participant certification.

3. Elimination of Plan Loan Requirement is Permissive
The Proposed Regulations clarify that eliminating the requirement that a participant first take all available plan loans before any hardship distribution is a permitted, not required, change. The change may be made as early as January 1, 2019.

5. The List of Hardship Events is Expanding
The current IRS rules list six safe harbor categories of hardship-related expenses, including: “Expenses for the repair of damage to the employee’s principal residence that would qualify for the casualty deduction under Section 165 (determined without regard to whether the loss exceeds 10% of adjusted gross income).”[6] The Tax Cuts and Jobs Act made a technical change to Section 165 of the Internal Revenue Code to generally limit the casualty deduction to federally declared disasters. To avoid that limitation on the hardship trigger, the Proposed Regulations clarify that the trigger applies without regard to that limitation.

Expenses and losses (including loss of income) incurred by the employee on account of a disaster declared by the Federal Emergency Management Agency (FEMA) under the Robert T. Stafford Disaster Relief and Emergency Assistance Act, Pub. L. 100-707, provided that the employee’s principal residence or principal place of employment at the time of the disaster was located in an area designated by FEMA for individual assistance with respect to the disaster.

Finally, the list of safe harbor expenses is expanded — beyond spouse, children, and dependents — to add primary (designated) beneficiaries under the plan as individuals for whom qualifying medical, educational, and funeral expenses may be incurred.

These changes are permitted to be effective as early as January 1, 2018 (when the Tax Cuts and Jobs Act changes to Section 165 became effective).[7]

The Proposed Regulations also permit certain hardship events to be triggered by events impacting a participant’s primary beneficiary under the plan.

6. Plan Amendments Will Not Be Required Until a Later Date
The Proposed Regulations explain that most of the changes are permitted to be implemented as early as January 1, 2019 (or January 1, 2018 as to the list of hardship events, as noted above), with the elimination of the six-month contribution suspension and corresponding employee representations effective January 1, 2020 being the only mandatory change. Although any changes made will eventually need to be evidenced by a plan amendment, the Proposed Regulations state that the amendment may be done by the second calendar year that begins after the year in which the IRS’s Required Amendments List first includes these requirements. For example, if the 2019 Required Amendments List published by the IRS includes these requirements, the related plan amendments would have to be made by December 31, 2021.

What Companies Should Do Now
Plan sponsors should begin considering whether they want to make the changes that are permitted, but not required, by the new rules. The plan sponsor will need to make that decision quickly and work closely with their third party administrator to implement the change and communicate it to participants.

Plan sponsors often have different design philosophies when it comes to in-service withdrawals. More paternalistic plan sponsors sometimes focus on minimizing “leakage” from retirement savings that can come from plan loans or in-service withdrawals, including hardship distributions. These plan sponsors may want to make minimal changes. But, the design opportunities presented by the 2018 Budget Act and the Proposed Regulations should be reviewed and considered.

For those plan sponsors that currently use the six-month contribution suspension, work should begin sooner than later on the changes needed to eliminate the suspension, and to implement the required employee representations contemplated by the Proposed Regulations, by no later than 2020. Presumably, third party administrators will be approaching their customers about how to implement these required changes. 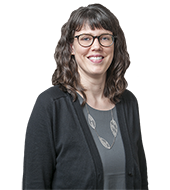