As the coronavirus (COVID-19) pandemic wears on, many companies that adopted emergency work-from-home or work-from-anywhere policies are considering allowing employees to work remotely permanently, even after the threat of the pandemic has subsided. Many states addressed the personal income tax implications for employees who commuted across state lines pre-pandemic by adopting temporary COVID-19 tax policies; however, states generally have not yet announced how they will treat for tax purposes the expected shift to a post-pandemic remote workforce.

Some states’ temporary COVID-19 policies provided that employees would continue to have personal income tax obligations where their offices are located (Office States), even if they worked exclusively from a different state during the pandemic (Work State) and even if they were forced to do so pursuant to lockdown orders. However, many of these measures were adopted on an emergency basis with no expectation that the restrictions on employees’ ability to commute would last so long or that the pandemic would provide the final push in some sectors toward long-term work-from-anywhere policies. As a result, it now appears that some of these measures may create significant future challenges: (1) arguably, policies like these violate constitutional principles by imposing tax obligations on nonresidents who are no longer performing services in the Office State; (2) from a policy perspective, these kinds of policies run the risk of double-taxing nonresidents (i.e., by subjecting them to income tax on the same income—in both the Office State and the Work State); and (3) the Work State could lose certain benefits to which it may be entitled because of the Office State’s policies, resulting in possible harm to the Work State’s economy or robbing the Work State of tax revenue that may rightly be due to the Work State.

In an attempt to seek definitive guidance on the constitutionality of certain taxes on remote workers, New Hampshire filed a claim in the Supreme Court of the United States (SCOTUS) to challenge Massachusetts’ COVID-19 policy of imposing Massachusetts income tax on New Hampshire residents who worked at offices in Massachusetts pre-pandemic but have been working remotely in New Hampshire during the pandemic.1 New Hampshire asserts that SCOTUS has original jurisdiction over the dispute.2 Although SCOTUS has not yet agreed to hear the case, SCOTUS requested a brief from the U.S. Solicitor General.3 If SCOTUS exercises original jurisdiction over the case, the decision could address the constitutionality of “convenience of the employer” rules (COTE rules) that certain states implemented prior to the COVID-19 pandemic.

In mid-October, Massachusetts adopted an emergency regulation setting forth its COVID-19 tax policies regarding remote workers.4 The regulation features a “status quo” approach designed not to impose new tax obligations on employers or employees solely as a result of COVID-19 remote work policies but to continue enforcing the same obligations on both employers and employees as existed pre-pandemic.5 Though some may view Massachusetts’ “status quo” formulation as a simple solution for employers and employees, New Hampshire asserts that Massachusetts’ policy is unconstitutional even as an emergency regulation and would have ongoing detrimental impacts on New Hampshire and its residents if Massachusetts adopts the approach permanently.6

Several amicus briefs have been filed on behalf of New Hampshire supporting both its substantive claims as well as its request that SCOTUS exercise original jurisdiction in the case.12

Convenience of the Employer Rules

If SCOTUS decides to rule on the substantive issues in New Hampshire v. Massachusetts, its ruling may have implications not only on Massachusetts’ emergency regulation but also on states that have implemented COTE rules.13 States that have adopted such rules generally impose income tax on nonresidents who would be subject to the state’s income tax if working from their employer’s office but who are instead working remotely, such as at a Work State, for convenience rather than out of necessity.14 Although COTE rules existed in several states prior to the COVID-19 pandemic, the practical effect of COTE rules may cause increasing concern in light of the challenges and the paradigm shift toward remote work that the pandemic has caused, particularly in respect of the impact such rules can have on their neighboring states.15

New Jersey, Connecticut, Hawaii, and Iowa, in an amicus brief, generally agree with New Hampshire’s position that Massachusetts’ emergency regulation is unconstitutional. Further, they assert that such emergency regulation essentially emulates a COTE rule, which they argue is also unconstitutional because imposing COTE rules may cause a Work State to either (1) lose significant revenue streams as a result of granting a credit for its residents against taxes paid to other states (including Office States), or (2) force the Work State to double-tax the same income to avoid losing tax revenue to which the Work State is entitled.16 Thus, such aggressive policies impact not only Work States that, like New Hampshire, do not impose income taxes on their residents, but also Work States that do impose income taxes and that stand to lose revenue to neighboring Office States.17

2 See id., Bill of Complaint for Plaintiff at 5.

3 See id. (indicating that SCOTUS invited the acting Solicitor General “to file a brief in this case expressing the views of the United States”).

4 The Massachusetts’ emergency regulation is effective until 90 days after the state of emergency in Massachusetts is lifted. As of the date of expiration, the guidance indicates that the policies adopted in light of the pandemic will cease to be in effect and “the presence of an employee in Massachusetts, even if due solely to a Pandemic-Related Circumstance … will trigger the same tax consequences as under Massachusetts law more generally.” See Mass. Dep’t of Rev., TIR-20-15: Revised Guidance on the Massachusetts Tax Implications of an Employee Working Remotely due to the COVID-19 Pandemic (Dec. 8, 2020); see also 830 MASS. CODE REGS. § 62.5A.3.

5 See 830 MASS. CODE REGS. § 62.5A.3 (providing the following example of sourcing nonresident income while working from home in another state: “[f]or example, if a non-resident employee is working from home full-time due to a pandemic-related circumstance but during the period January 1 through February 29, 2020 the employee worked five days a week, two of those days from an office in Boston and three of those days from home [in another state], 40 percent of the employee’s wages would continue to be Massachusetts source income”).

7 See id., Bill of Complaint for Plaintiff at 25–32 (indicating that (1) Massachusetts’ emergency regulation fails all four Commerce Clause prongs that require that a state tax be (a) applied to an activity with a substantial nexus with the taxing state, (b) fairly apportioned, (c) nondiscriminatory to interstate commerce, and (d) fairly related to the services provided by the state; and (2) Massachusetts’ emergency regulation violates the fundamental requirements of due process, including because there is no connection between Massachusetts and the nonresidents on whom it imposes Massachusetts income tax other than the address of the nonresident’s employer).

8 See id. at 1 (asserting that “[t]he Commonwealth of Massachusetts has launched a direct attack on a defining feature of the State of New Hampshire’s sovereignty”).

10 See id., Brief in Opposition to Motion for Leave to File Complaint at 3.

16 See id. at 18 (indicating that “[w]hen a State unconstitutionally taxes nonresidents working from home, it forces … [neighboring] States to choose between losing billions of dollars of revenue by allowing credits to offset such taxes, or double taxing their residents”). 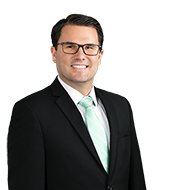 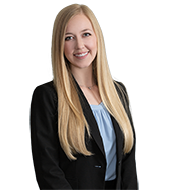