U.S. Complex Commercial Litigation & Disputes Alert
By: Michael E. Waller, Thomas A. Warns, Luke E. Steinberger
In a 6–3 decision that will have major implications for the multibillion-dollar sports betting industry, the U.S. Supreme Court invalidated a 1992 federal law barring states from legalizing sports gambling. The ruling immediately legalizes sports betting in New Jersey and is expected to spark a wave of state-level legislation across the country.

In 2014, New Jersey doubled down by enacting a law that did not “authorize” sports betting, but, rather, expressly repealed existing state law prohibitions on sports gambling at casinos and racetracks in the state (the “Repeal Law”). The NCAA and the professional sports leagues again filed suit, and the Third Circuit once again struck down the law, stating that, although the legislature “artfully couched” the new law repealing the prohibitions, it nonetheless “authorized” sports gambling, which was impermissible because of PAPSA.

The U.S. Supreme Court undertook review of the Third Circuit’s decision to determine if PAPSA violated the U.S. Constitution, specifically the 10th Amendment’s “anti-commandeering” principles. The petitioners, the State of New Jersey and the New Jersey Thoroughbred Horse Racing Association (“NJTHA”), argued that PAPSA impermissibly limited how the states may choose to regulate private parties and insisted that the Repeal Law did not “authorize” sports gambling but merely repealed existing prohibitions. The respondents countered by asserting that the Repeal Law did indeed authorize sports gambling, and the petitioners’ arguments were nothing more than word games. Further, they argued that PAPSA was no different from the “scores” of other federal laws that prevented states from passing laws that “conflict with federal policy.”

The majority decision, authored by Justice Samuel Alito, sided with NJTHA and the State of New Jersey in finding that PAPSA violated the 10th Amendment’s “anti-commandeering” principles. Justice Alito wrote that PAPSA operated “as if federal officers were installed in state legislative chambers and were armed with the authority to stop legislators from voting on any offending proposals,” a clear violation of state sovereignty. [1]

In the months preceding the Supreme Court’s decision, the economic ripple effect of a decision striking down PAPSA was the source of much speculation. Some experts predicted how individual states may react across the country if PAPSA was overturned. While the Nevada sportsbooks saw a record $4.8 billion in legal sports bets in 2017, the broader nationwide market for sports betting is estimated to be worth anywhere from $60–$380 billion per year. Many states are eager to tap into that market and secure this stream of taxable revenue. Eilers & Krejcik Gaming, which tracks state-by-state gambling legislation, estimated that up to 32 states could legalize sports betting within five years. Lawmakers in states such as New York, Mississippi, Delaware, Pennsylvania, and West Virginia have either promised to introduce legislation or already passed laws, permitting some form of legal sports betting.

When enacting PAPSA in 1992, Congress chose not to criminalize or regulate sports betting but, instead, prohibited states from authorizing such activities. Because that prohibition has now been overturned, states are free to authorize sports gambling unless and until Congress passes a federal regime. Certainly, Congress can enact federal laws that directly regulate or even prohibit sports betting under the Commerce Clause. To that end, the National Football League (“NFL”) released a statement announcing its intention to call on Congress “to enact a core regulatory framework for legalized sports betting.” The National Basketball Association (“NBA”) likewise expressed its commitment to “a federal framework that would provide a uniform approach to sports gambling in states that choose to permit it.”

One such federal regime bill has already been drafted (by New Jersey’s Frank Pallone). However, it would take a herculean effort by Congress to pass such a bill before football season begins this fall. Perhaps anticipating this difficulty, the NFL, NBA, and Major League Baseball all expressed a willingness and intention to monitor and participate in any state patchwork of betting legislation until a federal regime materializes.

Not all of the affected parties seem eager to participate in this brave new world. For example, Rev. John I. Jenkins, C.S.C., the President of the University of Notre Dame, reacted to the Supreme Court’s decision by urging “all parties to recognize that in intercollegiate sports the athletes are first of all students, and everything should be done to preserve the integrity of the competition and promote the well-being of the student-athletes who compete.”

Whether a federal sports betting regime will come to fruition remains an open question, as is whether such a regime would benefit the NCAA, the sports leagues, or their fans. Given the massive amounts of money spent on illegal sports gambling in the United States, the lengths to which New Jersey went in fighting for this repeal, and the excitement of many additional states, there is one thing that is a sure bet: the Supreme Court’s recent decision will have major implications on the way fans interact with sports and engage in sports gambling.

Notes
[1] The decision also explored whether other aspects of PAPSA were still valid, but ultimately held that the provisions barring private operation of sports betting operations and the advertising of sports betting must also be invalidated. Justice Ruth Bader Ginsburg’s dissenting opinion stated that she would have found that the different provisions of PAPSA were “severable,” and thus could have continued in force despite the majority’s decision, while Justice Clarence Thomas used his concurrence to question the severability doctrine in its entirety. 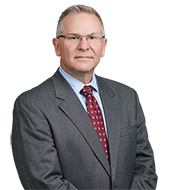