New Jersey recently joined a growing number of states limiting the use of non-disclosure agreements when settling claims of sexual harassment - and then took it one step further. On March 18, 2019, Governor Phil Murphy signed into law highly debated legislation prohibiting waivers of discrimination claims in employment agreements and rendering unenforceable by the employer certain non-disclosure provisions in employment and/or settlement agreements concerning the details relating to claims of discrimination.[1] The law goes into effect immediately.

While several other states have also enacted legislation limiting the use of waivers or non-disclosure provisions relating to claims of sexual harassment, New Jersey’s new law applies to all claims of discrimination, harassment, or retaliation.

The new law prohibits provisions in employment contracts that waive “any substantive or procedural right” relating to any claim of discrimination, harassment, and retaliation. Further, no right or remedy available under New Jersey’s Law Against Discrimination,[2] or any other statute or case law, may be waived prospectively.[3] To the extent this provision can be interpreted to prohibit mandatory arbitration of discrimination, harassment, or retaliation claims, this portion of the law has already drawn criticism as potentially in conflict with the Federal Arbitration Act.

Although the parties may have agreed to keep the settlement and underlying facts confidential, such a provision in an agreement is unenforceable against the employer if the employee publicly reveals sufficient details of the claim so that the employer is reasonably identifiable.

The law provides a private right of action with a two-year statute of limitations. It also creates a retaliation claim, prohibiting any retaliatory action taken against a person who refuses to enter into an agreement containing any of the provisions now deemed against public policy.

The law applies to all agreements entered into after March 19, 2019. Employers should immediately seek counsel to review and revise all form employment related contracts and arbitration and settlement agreements, as well as assess their philosophy towards settlement of discrimination, harassment, and retaliation claims going forward.

[3] Collective bargaining agreements are excepted from these new requirements 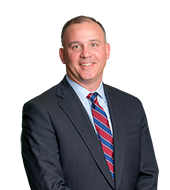 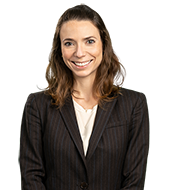