A lot has changed since the United States celebrated its bicentennial in 1976.  From technological breakthroughs to medical treatment of various diseases, the American people have witnessed and experienced significant changes in their daily living and interactions with each other.

In the public policy arena during that era, federal lawmakers passed numerous environmental statutes, including laws addressing clean air, clean water, hazardous waste, and toxic substances.  In the intervening 40 years, each of these statutes have been amended to confront new challenges and realities, with the exception of one area: the Toxic Substances Control Act (“TSCA”). Finally, after years of proposals, hearings, and negotiations, a sweeping revision to TSCA, The Frank R. Lautenberg Chemical Safety for the 21st Century Act (the “Lautenberg Act”) was signed into law by President Obama on June 22, 2016.

This new law will affect companies across a wide range of industries.  It will give the Environmental Protection Agency (“EPA”) new authority to regulate chemicals that are being used to make millions of everyday products and materials, from household cleaners, to furniture, carpets, and automobiles.

Negotiating a Needed Update
TSCA provides authority to EPA to regulate chemicals — both new and those already in the marketplace — requiring reporting, record keeping, testing, and restrictions on the production, importation, and use of chemicals that pose an unreasonable risk.

Despite the best intentions, the original TSCA was widely criticized.  In over 40 years since the enactment of TSCA, EPA ordered testing of only a few hundred of the more than 80,000 chemicals in use and restricted only a handful.  Critics argued that the law was too burdensome and had impermeable barriers that severely constrained what EPA could do to regulate harmful chemicals.  State governments have tried to fill the void by enacting their own chemical laws.  This patchwork of chemical regulations was not without controversy, creating inconsistent and uneven regulations, regulatory uncertainty, and public confusion over the safety of chemicals in the marketplace.

Over the past couple of years, the confluence of these factors created a tidal wave of support for a long overdue major rewrite of TSCA.  In today’s political environment, it is rare to have a congressional bill that garners endorsement from major players in both the environmental and business community.  Yet, the Lautenberg Act achieved that distinction because leading negotiators in the House and Senate saw the necessary benefits an update would provide and were willing to make compromises to get a deal done.  The new law secured support from a broad and diverse group of industry and environmental advocates, including the Environmental Defense Fund, the National Wildlife Federation, the American Chemistry Counsel, and the Consumer Technology Association.

The Lautenberg Act
The Lautenberg Act provides the framework for transformative change on how new and existing chemicals, including those used in products, will be regulated in the future.  Below is a summary of changes to the law that companies should be thinking about as the rulemaking process begins in the coming months.

Unreasonable Risk Determination
Chief among the changes to TSCA is what EPA must consider in order to demonstrate that a chemical poses an “unreasonable risk.”  Before the Lautenberg Act, EPA was required to consider the monetary costs of an action in evaluating what is unreasonable and conduct a formal analysis showing that any restriction on the use of a chemical must be the “least burdensome.”  EPA’s failure to do so is partly the reason why the U.S. Court of Appeals, Fifth Circuit overturned EPA’s proposed asbestos ban.  The Lautenberg Act includes language to address this by directing EPA to determine if an unreasonable risk exists without consideration of costs or other non-risk factors.  The Lautenberg Act also removes the requirement to select the “least burdensome” option and instead now requires EPA to evaluate the costs and benefits and cost-effectiveness of options using reasonably available information.

Affirmative Approval of New Chemicals and Significant New Uses
Although TSCA required a pre-manufacture notification before a chemical could enter the marketplace, it did not require affirmative action by EPA.  Rather, if EPA failed to block or limit production of a new chemical or new use for an existing chemical within the 90–180 day review period then the new chemical or new use could be introduced into the marketplace.  The Lautenberg Act fundamentally changes this process.  For the first time, EPA will be required to review all new chemicals and significant new uses and affirmatively approve a chemical or significant new use as a condition for entering the market.  Moreover, if EPA lacks information to make a safety determination, it must issue an order or rule imposing conditions to prevent an unreasonable risk or preclude market entry of the chemical or new use.  With respect to placing restrictions on “articles” — which refers to a specific type of manufactured item — the original TSCA exempted certain articles from TSCA requirements and allowed EPA to place use restrictions on other articles containing chemicals presenting an unreasonable risk.  This authority rarely has been used until recently, for example, EPA’s Significant New Use Rules for flame retardants.  The Lautenberg Act clarifies EPA’s authority, allowing the agency to restrict articles only to the extent necessary to address identified risks by chemicals used in the articles.

Prioritization and Regulation of Existing Chemicals
Under the original TSCA, there were no deadlines or structures in place for mandated reviews of existing chemicals.  The Lautenberg Act establishes a process and criteria for EPA to use in reviewing those existing chemicals.  For the review process, EPA must categorize chemicals as either “high priority” or “low priority,” and companies must identify all of their existing chemicals and can then request and pay EPA for an assessment.

EPA must ban, phase out, or impose restrictions on any high-priority chemical presenting an “unreasonable risk.”  All steps in the review and regulatory process are judicially enforceable deadlines.

State Preemption
The Lautenberg Act creates a uniform national system but also allows states to play a critical role to ensure chemical safety.  Final decisions by EPA will preempt all existing and future state laws that restrict chemicals or are in conflict with EPA actions.  Of particular note to businesses and other stakeholders, there are two important dates and provisions in the new law.  Any state prohibition or restriction of a chemical enacted before April 22, 2016, and any other state law enacted before August 31, 2003, will not be preempted.  The 2003 date allows for the grandfathering of California’s Proposition 65 warning statute.  This law requires businesses to notify state residents about significant amounts of chemicals in the products they purchase, those in their homes or workplaces, or those that are released into the environment.

If a state has adopted a restriction on the same chemical for a use or risk that is not covered under the purview of EPA’s review, it will not be preempted.

Protection of Trade Secrets
The original TSCA included stringent provisions for protecting trade secrets that must be shared with EPA during the regulatory process.  Once claimed as confidential business information (“CBI”), it would remain protected until EPA found it did not meet the legal requirements for protection.  Although EPA had authority to challenge CBI claims, it rarely did so because it often lacked the necessary resources.

The Lautenberg Act provides authority to EPA to require anyone claiming CBI protection (before or after enactment) to reassert and substantiate or resubstantiate those claims.  EPA must then make a determination whether or not the information should continue to be protected from disclosure.  Substantiated information would then be protected for 10 years, after which time it would need to repeat the process.  If CBI protection is denied, EPA will provide a written statement of the reasons and allow for an appeals process.

Importantly, CBI protection will no longer apply to information on chemicals that are banned or phased out.  Health and safety studies offered for commercial distribution and information EPA determines is necessary to protect health or the environment also will be subject to disclosure.

Fees and Penalties
Under the original TSCA, EPA was permitted to collect a “reasonable fee” from companies seeking a review of their chemical.  This fee was not to exceed $2,500 (or $100 for a certified small business).  The overhaul establishes a TSCA Service Fee Fund within the Department of the Treasury and allows the administrator to set forth a fee schedule.  Fees are capped at 25 percent of costs or $25 million, whichever is less, for regulating new and existing chemical testing, evaluation, and information protection.

Key Deadlines
The first wave of EPA actions will occur before the end of this year.  For instance, by September 20, EPA will designate existing chemical substances as a high or low priority for review.  By December 15, the agency will designate 10 initial “high-priority” chemicals selected from a 2014 Work Plan to determine whether any pose an “unreasonable risk” to the public.  By June 16, 2017, EPA will release details of a risk-screening process to designate low- and high-priority chemicals.

The attached chart provides a complete summary of the key provisions in the Lautenberg Act and timing for all new TSCA rules and regulations.

Conclusion
Companies and other stakeholders should not wait to begin assessing the impact of TSCA reform on operations and future business plans.  There will be opportunities to engage with EPA as it begins the implementation process.  The Congress will also keep a watchful eye on developments.  It is more than likely that House and Senate committees will hold hearings in 2017 to assess implementation and its impact.

Given the complexity of the Lautenberg Act, K&L Gates will be issuing a series of alerts and analyses in the weeks ahead to help companies take a deeper dive into various sections of the new law and its potential impacts.

For a side-by-side summary comparison of the old and new TSCA laws, please click here.

For a timeline of statutory deadlines, please click here. 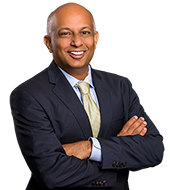