U.S. IP Procurement and Portfolio Management Alert
By: Stewart Mesher
On Tuesday, July 2, 2019, the United States Patent and Trademark Office issued new Rules and Regulations under Title 37 of the Code of Federal Regulations (CFR) Parts 2, 7, and 11. They take effect on August 3, 2019.

The impact of the rule, as implemented, is a new requirement for a licensed U.S. attorney to serve as counsel for applicants, registrants, or parties to a trademark proceeding whose domicile is not located within the United States (i.e., foreign applicants, registrants, or parties). Previously, a substantial number of such trademark applications had been filed without a U.S. attorney by applicants domiciled in other jurisdictions.

When proposing this new rule in February 2019, the United States Patent and Trademark Office (USPTO) had originally noted that it would be similar to those of other jurisdictions (which often have a requirement based on domicile) such as Brazil, Chile, the People’s Republic of China, the European Union’s Intellectual Property Office, Israel, Japan, Jordan, the Republic of Korea, Morocco, and South Africa. Accordingly, the new USPTO requirement should not seem unfamiliar to applicants from the majority of the world’s major economies.

In sum, the USPTO has amended the Rules of Practice in Trademark Cases, the Rules of Practice in Filings Pursuant to the Protocol Relating to the Madrid Agreement Concerning the International Registration of Marks (Madrid Protocol), and the rules regarding Representation of Others Before the United States Patent and Trademark Office to require all foreign applicants, registrants, or parties to be represented by an attorney who is an active member in good standing of a state bar in the United States.

The rules were enacted in response to the growing number of foreign applicants, registrants, or parties that have not been using authorized United States counsel, and the impact thereof. And there has been a concern that such overseas matters have been the subject of inaccurate or fraudulent filings, such as improper signatures / responses to rejections / claims of use in commerce in the United States.

The USPTO has stated that a requirement for such foreign applicants, registrants, or parties be represented by a qualified United States attorney will instill greater confidence in the public with respect to trademark registrations owned by the foregoing and which have been issued by the USPTO. The USPTO has also stated that the new rules will also allow it to more effectively use available mechanisms to enforce compliance with statutory and regulatory requirements in trademark matters. In addition, it logically follows that challenges to inaccurate filings — such as TTAB Opposition and TTAB Cancellation proceedings — will become less frequent if the integrity of the USPTO Trademark Register more accurately reflects marks that are actually in use in commerce in the Unites States for the goods/services identified in the registrations.

As noted in the July 2, 2019 publication of the final rule set forth by the Federal Register, the USPTO has a significant role in protecting consumers, as well as providing important benefits to United States commerce by allowing businesses to strengthen and safeguard their brands and related investments. The publication goes on to note that the public relies on the register to determine whether a chosen mark is available for use or registration — and that when a search of the USPTO Trademark Register discloses a potentially confusingly similar mark, there may be a variety of resulting costs and burdens, such as those associated with investigating the actual use of the disclosed mark to assess any conflict, initiating proceedings to cancel the registration or oppose the application of the disclosed mark, engaging in civil litigation to resolve a dispute over the mark, choosing a different mark, or changing business plans regarding a mark.

The publication further notes the unnecessary costs and burdens related to any improper application or related to any registered mark that is not actually in use in United States commerce (or one that is not in use in commerce in connection with all the goods/services identified in the registration), which, among other costs and burdens, would presumably include the costs associated with the issuance of and response to USPTO rejections of properly filed applications.

The final rule also discusses the increase in the past few years of the unauthorized practice of law before the USPTO by foreign parties who are not authorized to represent trademark applicants, yet are improperly representing foreign applicants before the USPTO and not realistically subject to any adverse action. As a result, the final rule notes, increasing numbers of foreign applicants are likely to be receiving inaccurate (or no) information about the legal requirements for trademark registration and use in commerce in the United States, such as the standards for use of a mark in commerce, who can properly aver to matters and sign for the mark owner, or even who is the true owner of a mark under United States law.

Moreover, the final rule notes, representation by a qualified United States attorney is also necessary to enforce compliance — by all foreign applicants, registrants, and parties — with United States statutory and regulatory requirements in trademark matters. A United States attorney is subject to the USPTO’s disciplinary rules and additionally can lose their license to practice law, whereas a party that is not so represented may suffer no consequences beyond the denial of their trademark application or cancellation of a registration. One cited example in the final rule relates to applications claiming use of a mark in commerce but supporting the claim of use with mocked-up or digitally altered specimens that indicate the mark may not actually be in use, which at the very least places a significant burden on USPTO trademark examiners during the application process.

The publication indicates that current mechanisms and sanctions are inadequate with respect to those not represented by a qualified U.S. attorney. For example, under 35 U.S.C. 3(b)(2)(A), the Commissioner for Trademarks has the authority to spend valuable time and resources to investigate and issue an order requiring an applicant to show cause why the applicant’s representative, or the applicant itself, should not be sanctioned under 37 CFR 11.18(c) for presenting a paper to the USPTO in violation of the regulations. Setting aside the burden upon the Commissioner for Trademarks to actually do so, however, the location of foreign applicants (and those impermissibly acting on their behalf) as well as difficulties in obtaining proof and potential language barriers, have meant that this procedure has rarely been successful in resolving the underlying issues. Moreover, although those who sign documents in trademark matters before the USPTO do so subject to criminal penalties for knowing and willful false statements made to a government agency under 18 U.S.C. §1001, such penalties have been similarly difficult to enforce against those who are not subject to, or are not easily subjected to, criminal prosecution in the United States. The foregoing issues are largely addressed by the requirement for a United States attorney to represent overseas applicants and registrants.

The impact of the new rule will not immediately affect applications filed before August 3, 2019 or existing registrations that would have otherwise been impacted by the new rule. However, any foreign filing having a date before August 3, 2019 that becomes the subject of a USPTO office action that rejects the application thereafter will require the applicant to designate a United States attorney when responding. Similarly, current foreign trademark registrants will not need to designate a United States attorney until they file a Declaration of Use under Section 8 of the Lanham Act or a renewal application under Section 9.

The general effect of the rule is that all filings after August 3, 2019 that are not in compliance with the new rule will receive a USPTO office action rejecting the application. Moreover, an online TEAS Plus application cannot even be submitted unless the domestic representative section of that online form is completed. The one notable exception to this rule relates to the rather small number of applications filed under the Madrid Protocol which are submitted with all formalities and statutory requirements already satisfied, and thus are ready for publication (which was only 2.9% of Madrid Protocol applications in 2017). Thus, most new applications impacted by the rule will be subject to the requirement for a United States attorney to become a part of the trademark prosecution and registration process.

The full text of the Federal Register publication can be found at: https://www.federalregister.gov/documents/2019/07/02/2019-14087/requirement-of-us-licensed-attorney-for-foreign-trademark-applicants-and-registrants 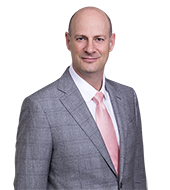