Washington’s statute relating to powers of attorney was recently replaced in its entirety by a new Washington Uniform Power of Attorney Act, effective January 1, 2017 (referred to as the “Act”).  The Act provides several changes and additions to the previous law, which aim to address previous ambiguity in the law and to provide safeguards to prevent possible abuse of authority by an agent under the power of attorney.  Some of the key provisions of the Act are summarized below.

Agent/Attorney in Fact
If the principal names co-agents to act on his or her behalf, the Act now clarifies that co-agents must exercise their authority jointly, unless the document specifies that each co-agent may act independently. If your power of attorney document currently appoints two persons to serve together as your agent, you should review your document to ensure it correctly reflects your intent.

Powers Granted to Agent
The Act allows the principal to grant authority to the agent over broad subject matters, including but not limited to, the authority to manage the principal’s real and personal property, stocks, bonds, and other financial instruments; to make gifts; to manage the principal’s estate, trusts, and other beneficial interests; and to manage and operate a business. By drafting the power of attorney to refer to certain specific categories of powers the agent may be granted, the power of attorney can incorporate the more detailed descriptions of these powers set forth in the Act. This could eliminate ambiguity in the document itself regarding the scope of the agent’s particular powers and may allow the power of attorney document itself to be simplified.

However, notably, under the Act, the general authority to make gifts is limited to the amount of the federal gift tax annual exclusion (currently, $14,000 per year to each recipient) unless otherwise stated in the document.  This limitation affects all powers of attorney executed after the effective date, which is January 1, 2017, with respect to gifts made to qualify for Medicaid or to reduce an estate below the Washington estate tax level.  Consequently, if the principal wishes to grant flexibility to allow the agent to make gifts in excess of the annual exclusion, which might often be desirable for estate tax or Medicaid planning purposes, the power of attorney documents should so specify.

The Act also incorporates Washington’s existing health care provision to allow a principal to also give an agent broad authority in making health care decisions on behalf of the principal and take all actions and request any information that would otherwise be protected by the Health Insurance Portability Accountability Act.

Formalities
The Act heightens the formalities required to validly execute a power of attorney for documents signed after January 1, 2017.  The principal’s signature must either be: (i) acknowledged by a notary; or (ii) attested by two or more witnesses, who are competent, and are not home care providers for the principal or related to either the principal or agent by blood or marriage.  These increased formalities are intended to provide safeguards to reduce the incidence of fraudulent powers of attorneys and ensure that the power of attorney was not signed by the principal under undue influence or duress.

The Act applies to all powers of attorney, including those executed prior to the effective date of January 1, 2017.  However, the authority granted to an agent will be determined in accordance with the law at the time the power of attorney was executed, and the execution requirements only apply to those documents executed after the effective date.

Reasons you may want to consider updating your powers of attorney include addressing changes in personal circumstances, naming a different agent to act on your behalf, and ensuring your intent is still reflected in consideration of the new Act.  Please let us know if we can assist in the preparation of or updates to your powers of attorney. 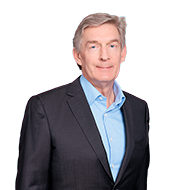