Effective for most purposes on 1 January 2022, a new state law overhauls and reforms the governance landscape for nonprofit corporations in the state of Washington. Replacing existing Chapter 24.03 RCW (the “Current Act”) in its entirety, the new Washington Nonprofit Corporation Act (the “New Act”) modernizes state law relating to the organization, management, and governance of nonprofit corporations. Loosely based on the American Bar Association’s Model Nonprofit Corporation Act (the “Model Act”), the New Act incorporates certain provisions from the Current Act, includes new provisions either not addressed or incompletely addressed in the Model Act, and deviates from the Model Act in a number of instances.

Among the many changes included in the New Act are the following:

Additional Requirements as to the Use of Charitable Assets

Increased Flexibility Regarding the Use of Charitable Assets

Clarification and Elaboration of Standards for Members of Nonprofit Corporations

The New Act also includes additional guidelines relating to admission of members, the structure of membership rights (including authorization to create multiple classes of memberships with different membership rights), meetings of and actions by members, and other general, member-related governance matters. Of note, the New Act provides additional flexibility in structuring multiple classes of members. Following the implementation of the New Act, nonprofit corporations can more easily be structured to have members with distinct privileges, including with regard to voting rights and other governance matters. As is the case under the Current Act, the New Act does not mandate that nonprofit organizations have members.

Expansion of Requirements Relating to and Obligations of Directors and Officers

The New Act both improves and modifies existing standards relating to the roles, functions, and requirements of directors and officers of nonprofit corporations. In addition to codifying the fiduciary duties of each (consistent with existing corporate law concepts), the New Act provides additional guidance as to board and board committee structure and operation, appointment and removal of directors, impermissible director and officer conduct, board meetings, and board actions by written consent, among other subjects. In short, the New Act clarifies existing ambiguities in the Current Act by clearly setting forth standards and obligations of conduct of directors and officers.

Several notable revisions directly relate to structural governance requirements. While the Current Act mandates that nonprofit corporations, at minimum, appoint a president and at least one vice president, secretary, and treasurer, the New Act removes the requirement that a vice president be appointed. In addition, the New Act provides that boards of Section 501(c)(3) ) of the Internal Revenue Code of 1986, as amended, public charities must be comprised of at least three directors. In comparison, both at present and under the New Act, boards of other nonprofit corporations (such as Section 501(c)(3) private foundations) are only required to have one director.

The New Act also imposes a five-year cap on director terms. While overall director tenure is not capped (i.e., a director may be appointed to serve for an unlimited number of terms), this restriction means affirmative board and member action will be needed to ensure director appointments are appropriately documented. Unless otherwise provided for in the organization’s articles and bylaws, directors will have standard one-year terms. For organizations formed prior 1 January 2022 that have articles or bylaws providing for director terms longer than five years, the New Act allows for elected directors to continue for the duration of their existing terms (i.e., until the noncompliant term expires), subject to certain limitations. In a helpful addition, the New Act permits the Attorney General to appoint one or more directors if a charitable nonprofit has no remaining directors.

Other Changes to Current Law

Among numerous other changes, the New Act includes new provisions relating to amendments to organizational documents, mergers, domestications, conversions, the disposition of corporate assets, and dissolution. It also expands upon existing reporting and recordkeeping requirements and clarifies certain obligations relating to each. The New Act has no effect on the Nonprofit Miscellaneous and Mutual Corporations Act (Chapter 24.06 RCW).

Effect of the New Act

The New Act is effective for most purposes on 1 January 2022. The New Act will apply both to all nonprofit corporations incorporated under the Current Act and to all nonprofit corporations incorporated thereafter. In general, the New Act was drafted with the intent of minimizing required updates for existing entities following the New Act’s effectiveness. However, Washington nonprofit organizations should carefully review their organizational documents both to ensure compliance with the New Act and to consider whether they need to update their organizational documents to fully take advantage of its new provisions.

The New Act imposes requirements that may impact clients at both structural and operational levels. Please reach out to any member of the nonprofit organizations group at K&L Gates to engage in further discussions. We are happy to provide additional details of the new requirements and the potential impact on your organization. 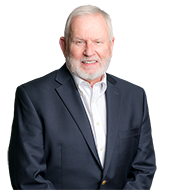 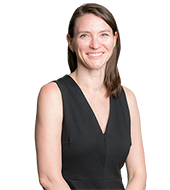 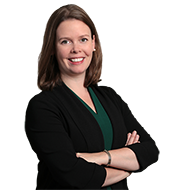 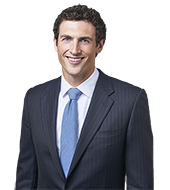