On May 3, the New York Court of Appeals unanimously held that an “all-sums” method of allocation should be used to apportion liability among excess insurers based on the policy language at issue in the case.  Contrary to holdings from a number of lower courts, the court of appeals explained that New York law does not automatically apply “pro rata” allocation to every case involving claims for continuous, long-tail liability.  The court’s rejection of a “pro rata” allocation scheme marks a positive development for policyholders.

Background and Definitions
In In re Viking Pump, Inc., [1] the New York Court of Appeals addressed two certified questions from the Delaware Supreme Court.  The first was whether, under New York law, “the proper method of allocation to be used [is] all sums or pro rata when there are non-cumulation and prior insurance provisions[.]”  The second question was whether “vertical or horizontal exhaustion appl[ies] to determine when a policyholder may access its excess insurance” “when the underlying primary and umbrella insurance in the same policy period has been exhausted . . . .” [2]  The court found that, based on the policy language at issue, the “all sums” method of allocation was appropriate and that the policies did not require horizontal exhaustion.

Allocation questions arise in situations where there was damage or exposure spanning multiple years and the damage is not easily divisible or attributable to any particular year or policy period.  These issues often involve injuries or damage caused by “toxic exposure . . . or environmental contaminations,” and courts typically follow either the “all sums” or “pro rata” methods of allocation. [3]

Under the “all sums” method of allocation, each policy triggered by a claim is independently liable in full for the claim.  The insured can recover the full amount of its liability for the claim from one or more triggered policies selected by the insured (subject to those policies’ limits), and then the chosen insurer(s) may attempt to pursue contribution from any other policies triggered by the claim. [4]  A “pro rata” approach, on the other hand, means that each policy triggered by a claim is liable only for a portion of the loss (typically based on its time on the risk relative to the time that other triggered and available policies are on the risk).  “Pro rata” allocation is a “legal fiction” intended “to treat continuous and indivisible injuries as distinct in each policy period as a result of the ‘during the policy period’ limitation, despite the fact that the injuries may not actually be capable of being confined to specific time periods.” [5]

Consolidated Edison
The New York Court of Appeals previously addressed the question of allocation for claims involving certain long-tail risks in Consolidated Edison Co. of New York v. Allstate Insurance Co. (Con Ed). [6]  The policy at issue granted indemnity for “all sums” but only if the underlying occurrence happened “during the policy period.” [7]  While the Con Ed court held that “pro rata” allocation was appropriate for the policy wording before it, the court also made clear that “pro rata” allocation was not mandated and, instead, that the appropriate allocation would depend on the policy language and other facts specific to each case. [8]  Nonetheless, many subsequent decisions interpreted the holding of Con Ed to provide that New York law required “pro rata” allocation for all long-tail injury claims. [9]  The Viking Pump decision now clarifies New York law.

Viking Pump
Viking Pump involved a lawsuit by a pair of manufacturing companies against their excess insurers for coverage of asbestos liability claims.  The policies contained insuring agreements covering “all sums” arising from an injury or loss that occurs “during the policy period.”

If the same occurrence gives rise to personal injury, property damage or advertising injury or damage which occurs partly before and partly within any annual period of this policy, the each occurrence limit and the applicable aggregate limit or limits of this policy shall be reduced by the amount of each payment made by [the insurer] with respect to such occurrence, either under a previous policy or policies of which this is a replacement, or under this policy with respect to previous annual periods thereof. [11]

The remaining excess policies contained a “Prior Insurance and Non[-]Cumulation of Liability” provision that provided:

It is agreed that if any loss covered hereunder is also covered in whole or in part under any other excess Policy issued to the [insured] prior to the inception date hereof[,] the limit of liability hereon . . . shall be reduced by any amounts due to the [insured] on account of such loss under such prior insurance. . . . [I]n the event that personal injury or property damage arising out of an occurrence covered hereunder is continuing at the time of termination of this Policy the [insurer] will continue to protect the [insured] for liability in respect of such personal injury or property damage without payment of additional premium. [12]

Although the language of these provisions differed, the court based its ruling on the insurers’ interpretation that each provision “presuppos[ed] that two policies may be called upon to indemnify the insured for the same loss or occurrence.” [13]

The Viking Pump decision does not overrule Con Ed.  Instead, it clarifies that Con Ed did not create a “blanket rule” that any allocation approach should be automatically applied to coverage for long-tail claims.  Viking Pump makes it clear that general rules of contract interpretation dictate the meaning of each policy and specific policy language can compel the use of the “all sums” approach.  This holding is significant because most courts applying New York law have concluded that Con Ed required “pro rata” allocation even if other provisions evidenced an intent to apply an “all sums” approach. [15]

Exhaustion
Once the court determined “all sums” allocation was appropriate, the second question addressed whether the insured was then required to exhaust all of the triggered primary and umbrella layers of coverage before accessing any excess insurance policies (which the court referred to as “horizontal exhaustion”), or whether they only needed to exhaust the primary and umbrella policies within a particular policy period before accessing excess policies for that period (“vertical exhaustion”).

The court held that vertical exhaustion was “conceptually consistent” with an “all sums” approach because it allowed the policyholder to access an excess insurance policy even if underlying policies for different periods had not been exhausted.  That was especially true where, as here, the excess policies identified specific underlying policies that were within the same policy periods as those excess policies.  The court further rejected the excess insurers’ argument that an “other insurance” clause, which the insurers contended limited coverage to amounts that exceeded the underlying policy’s limits plus “all amounts payable under other insurance,” required horizontal exhaustion. [16]  In so doing, the court reaffirmed its holding in Con Ed that other insurance conditions relate only to policies providing coverage for the same time period and not to policies covering successive or other policy periods.

Conclusion
The New York Court of Appeals’ decision in Viking Pump is significant because it provides a clear answer, under New York law, to important insurance coverage questions that lower courts have struggled to answer for years.  Policyholders with long-tail exposures will welcome the coverage promoting “all sums” and vertical exhaustion rulings adopted by the court.

[8] See id. at 223 (distinguishing cases because of different policy language).

[9] See, e.g., Liberty Mut. Ins. Co. v. Fairbanks Co., No. 13-CV-3755 (JGK), 2016 WL 1169511 (S.D.N.Y. Mar. 22, 2016) (rejecting the argument that a non-cumulation provision is inconsistent with “pro rata” allocation and specifically finding the Delaware Supreme Court’s Viking Pump decision was of “limited persuasive value” because the questions had been certified, but not yet decided, by the New York Court of Appeals).

[10] Policyholders and insurers often have substantial disputes as to the intent and effect of non-cumulation provisions such as these, as insurers have on occasion sought to reduce or even escape entirely their coverage obligations based on payments that they have made under other policies in effect in earlier policy periods. 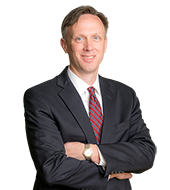 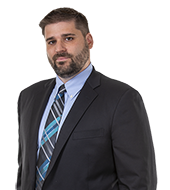