U.S. Class Action Litigation Alert
By: Patrick M. Madden, Roger L. Smerage
When it comes to Fair Credit Reporting Act (“FCRA”)[1] disclosures, too much can apparently be a bad thing. In a recent decision, Gilberg v. California Check Cashing Stores, LLC,[2] the U.S. Court of Appeals for the Ninth Circuit held that FCRA prohibits the inclusion of any extraneous material in an employer’s FCRA disclosure form. The court strictly construed the FCRA provisions governing the disclosure that an employer must provide to a job applicant about whom the employer obtains a consumer report. Based on its reading of the statute, the court concluded that including additional state-law disclosures—even those consistent with FCRA’s purpose—violates FCRA’s standalone disclosure requirement.

In light of the Gilberg decision, businesses should consider whether their job applicant disclosures comport with the court’s analysis. If not, businesses may need to modify their disclosures in order to minimize the risk of individual or class liability. [3]

In Gilberg, the plaintiff alleged that her former employer violated these provisions by providing a class of employees a disclosure form that had certain state-specific disclosures in addition to the FCRA disclosure and authorization.[9] The state-specific disclosures—concerning applicants’ rights to obtain copies of any consumer report the employer procured, for example—indicated that they applied to applicants in those specific states “only.”[10]

The Ninth Circuit summarized FCRA’s disclosure requirements as “prohibit[ing] an employer from obtaining an applicant’s consumer report without first providing the applicant with a standalone, clear and conspicuous disclosure of its intention to do so and without obtaining the applicant’s consent.”[13] The court viewed the relevant FCRA provisions as containing two separate requirements vis-à-vis an employer’s disclosure—first that it must be in a standalone document and second that it must be “clear and conspicuous.”[14]

Gilberg initially addressed the standalone document requirement.[15] Relying upon a prior Ninth Circuit decision that “held that a prospective employer violates Section 1681b(b)(2)(A) when it procures a job applicant’s consumer report after including a liability waiver in the same document as the statutorily mandated disclosure,” the court applied the same reasoning to the state-law disclosures included in the form at issue.[16] It concluded that the court’s prior jurisprudence “considered the standalone requirement with regard to any surplusage,” not just “liability waivers.”[17] Moreover, the court found that this interpretation was consistent with FCRA’s statutory language, which states that a document containing the employment-purposes disclosure must “consist[] solely” of that disclosure, unlike other disclosures that FCRA mandates.

The Ninth Circuit thus concluded that, even if a disclosure’s “extraneous information consists of other, state mandated disclosure information, which furthers rather than undermines FCRA’s purpose,” the disclosure does not comply with FCRA.[19] The Ninth Circuit found no support for any “implied exception” in FCRA’s language, concluding that “purpose does not override plain meaning” when statutory language is in question.[20] Moreover, the court disagreed that the disclosure form “further[ed]” FCRA’s purpose in the first place, as it referred “to rights under state laws inapplicable to [the plaintiff] and to extraneous documents that are not part of the FCRA-mandated disclosure.”[21] The court reasoned that “the presence of this extraneous information is as likely to confuse as it is to inform,” because even information “related” to the information required by FCRA “may distract or confuse the reader.”[22]

Turning to the second, “clear and conspicuous” requirement, the Ninth Circuit concluded that the employer’s disclosure did not fare better. While the court found the disclosure form was conspicuous (or “readily noticeable to the consumer”) given the capitalization, bold text, and underlining of its section headings and legible font,[23] the court concluded it was not clear (or “reasonably understandable”) for several reasons. First, the inclusion of language reading, “The scope of this notice and authorization is all-encompassing,” did not “explain how the authorization is all-encompassing and how that would affect an applicant’s rights.”[24] Second, a separate clause related to that language “lack[ed] a subject and [was] incomplete,” suggesting “that there may be some limits on the all-encompassing nature of the authorization” without identifying “what those limits might be.”[25] And, third, the use of the word “only” when stating the state-specific disclosures that caused the problems under the “standalone document” requirement also caused clarity issues, because “[a] reasonable reader might think that only … applicants [in those states]” could trigger certain rights described therein, contrary to FCRA.[26]

What Should Employers Do?

In Gilberg, the Ninth Circuit sends a clear message to employers: they may not include any “extraneous information” in the FCRA disclosure form they provide to job applicants in connection with obtaining their authorization to procure consumer reports. In the court’s view, such information can create confusion and run afoul of FCRA’s requirement that the document consist “solely” of the FCRA disclosure.

Businesses should review and, if necessary, revise their disclosure forms in light of Gilberg. Although having multiple disclosure documents during the hiring process may be administratively challenging, a standalone FCRA disclosure document now appears necessary to avoid any risk of class liability. Given the potential for punitive damages for willful violations of FCRA and the statute’s lack of a class damages cap, businesses should not take that risk lightly.

The Ninth Circuit’s holding in Gilberg is a broad application of the court’s prior FCRA jurisprudence and a strict construction of the statutory language governing employer disclosures. In order to mitigate possible risk of FCRA liability—including class action liability—businesses subject to that court’s jurisdiction should review their disclosure forms accordingly. 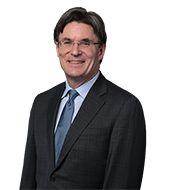