Just days before the end of the Brexit transition period on 31 December 2020 a trade deal was agreed to between the United Kingdom (UK) and European Union (EU), saving the UK from many of the expected disruptions of a no-deal Brexit. However, the new EU-UK Trade and Cooperation Agreement does not consider cross-border disputes.

This article considers the new post-Brexit landscape in relation to three of the main issues when it comes to cross-border dispute resolution: (1) governing law, (2) choice of forum, and (3) enforcement of judgments.

The governing law or applicable law of an agreement is the substantive law by which that agreement will be interpreted in the event of a dispute. The applicable law can significantly affect the outcome of any dispute, as it governs matters including the terms of any contract, breach of those terms, and remedies for breach. Before the end of the transition period, the UK courts applied EU Regulations 593/2008 (Rome I) and 864/2007 (Rome II) to determine, respectively, the governing law of contractual and noncontractual obligations.

Choice of Forum and Enforcement of Judgments

Brexit will have a greater impact on the regime for determining which country’s courts have jurisdiction to hear a dispute and the ease with which judgments can be enforced in EU and European Free Trade Association (EFTA) states.

Before the end of the Brexit transition period, jurisdiction and enforcement in cross-border disputes involving EU and EFTA2 parties was governed by three regimes: (1) the EU Regulation 1215/2012 (the Recast Brussels Regulation), (2) the 2007 Lugano Convention on jurisdiction and the recognition and enforcement of judgments in civil and commercial matters (the Lugano Convention), and (3) the 2005 Hague Convention on Choice of Court Agreements (the Hague Convention).

The Recast Brussels Regulation will continue to apply to the recognition and enforcement of judgments given in legal proceedings instituted before the end of the transition period, but not proceedings brought thereafter.3 The same is true in regard to the Lugano Convention, which governs jurisdiction and enforcement between the European Union and EFTA states Norway, Iceland, and Switzerland. The UK was a party to the Lugano Convention by virtue of its EU membership and remained a contracting party during the transition period. However, as with the Recast Brussels Regulation, the Lugano Convention ceased to apply in the UK from 1 January 2021.

The UK has requested that it become a contracting party to the Lugano Convention in its own right, but it is required to obtain the unanimous consent of the current contracting parties, and such consent has not yet been forthcoming from the EU.4 However, the UK has reached a separate agreement with Norway in relation to reciprocal recognition and enforcement of judgments (see below).

What regime, then, will now apply to jurisdiction and enforcement in cross-border disputes involving EU and EFTA parties?

The Hague Convention mandates that the courts of signatory states give effect to exclusive jurisdiction clauses in favour of the courts of other contracting states and that those courts recognise and enforce judgments given pursuant to such clauses. The current parties to the Hague Convention are the UK, the European Union, Mexico, Singapore, and Montenegro.

Finally, there is a risk that EU courts may not apply the Hague Convention with respect to English jurisdiction clauses predating the UK’s accession as an independent contracting party on 1 January 2021.6 This means that unless a bilateral treaty applies (see below), parties wishing to enforce English judgments in the European Union may need to fall back on national provisions in the particular state in which enforcement is sought, for which local law advice will need to be taken. However, the UK has made it clear that the Hague Convention will apply without interruption in the UK since the UK’s accession as part of the EU on 1 October 2015.7 Accordingly, judgments given in contracting states since this date should be capable of enforcement in the UK under the Hague Convention.

The UK previously entered into a number of bilateral treaties with EU countries, including France, Germany, Austria, Italy, and the Netherlands, before the Brussels I Convention (the predecessor to the 2001 Brussels Regulation) took effect in the UK in 1987.8 Although these treaties were not drafted with modern courts and processes in mind, it is possible that they could provide a means, albeit slower and more expensive, to recognise and enforce judgments across borders.

The Law Society of England and Wales published guidance in January 2021 noting that while these conventions were superseded by EU law, they are still in force and potentially could be revived to provide a mechanism for recognition and enforcement. The Foreign Judgments (Reciprocal Enforcement) Act 1933 (the 1933 Act) enables enforcement of judgments where there is a bilateral treaty with the UK, such as with some commonwealth countries, and it is possible the 1933 Act could be applied to recognise and enforce judgments in the UK of EU states that are signatories to a historic bilateral treaty providing for mutual recognition and enforcement of judgments. This could be of particular benefit where the Hague Convention does not apply, such as in the case of a nonexclusive jurisdiction clause. However, there is some doubt about whether these bilateral treaties can be revived. Currently, the position remains uncertain.

Norwegian Agreement Model for the Future

The UK has recently reached an agreement with Norway regarding reciprocal recognition and enforcement of judgments, which effectively revives a bilateral treaty from 1961 between the two countries.9 This means that despite the UK no longer being a party to the Lugano Convention, judgments of the UK and Norway will continue to be recognised and enforced by the other. This agreement has received relatively little publicity, but it provides a model that could be replicated particularly with respect to the EU states where the UK has a historic bilateral treaty.

Where neither the Hague Convention nor a bilateral treaty is applicable, questions of jurisdiction will now be determined by national courts applying local law provisions, which may heighten uncertainty as to which courts have jurisdiction to hear a cross-border dispute. In the UK, the courts will apply the common law rules, which afford more discretion to decline jurisdiction than the Recast Brussels Regulation.

Enforcement in the UK under the common law is more cumbersome and expensive than under the Recast Brussels Regulation/Lugano Convention/Hague Convention regimes, requiring a judgment creditor to bring a new claim in the UK courts in the form of a debt claim against the other party.

Incorporation of Rome I and Rome II in UK law and the universal application of these regulations in the EU should provide reassurance to parties that their governing law provisions will continue to be upheld by courts in the UK and in EU member states.

In relation to choice of jurisdiction and enforcement of jurisdictions, the post-Brexit regime is significantly different and, in many cases, likely to result in greater uncertainty and expense. The UK’s accession to the Hague Convention should provide parties with comfort that if they agree to an exclusive jurisdiction clause, it is likely to be upheld across the EU. The position is more uncertain in regard to the recognition and enforcement of nonexclusive and asymmetric jurisdiction clauses. Bilateral treaties may offer a means to avoid commencing fresh proceedings in the UK, but their application at this stage is still highly uncertain. To take advantage of the greater certainty provided by the Hague Convention, parties may wish to consider whether the benefits of an exclusive jurisdiction clause outweighs preferences for nonexclusive and asymmetric jurisdiction clauses going forward.

Finally, the relative attractiveness of arbitration rather than litigation dispute resolution provisions may be enhanced. The New York Convention on the Recognition and Enforcement of Foreign Arbitral Awards 1958 applies to over 165 state parties, providing a regime for the enforcement and recognition of arbitral awards that has been unaffected by Brexit.

4 The United Kingdom has received statements of support from Iceland, Norway, and Switzerland, but not yet from the European Union.

6 The EU Notice to Stakeholders on the Withdrawal of the United Kingdom and EU Rules in the Field of Civil Justice and Private International Law, paragraph 3.3.

9 The Reciprocal Enforcement of Foreign Judgments (Norway) (Amendment) (England and Wales and Northern Ireland) Order 2020; Agreement on the Continued Application and Amendment of the Convention between the Government of the United Kingdom of Great Britain and Northern Ireland and the Government of the Kingdom of Norway Providing for the Reciprocal Recognition and Enforcement of Judgments in Civil Matters signed at London on 12 June 1961. 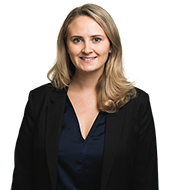