On January 17, 2019, North Carolina Attorney General Josh Stein (D) and Representative Jason Saine (R) held a press conference announcing plans to introduce legislation that would strengthen North Carolina’s Identity Theft Protection Act. [1] This follows a 2018 press conference, during which Attorney General Stein and Representative Saine announced a similar proposal, although this year’s version includes a few revisions that likely will make the proposed bill more palatable to the business sector. According to Representative Saine’s office, a bill is expected to be introduced this year. [2] Proponents of the bill believe that, once introduced, it will receive broad support, in particular given the bipartisan approach and a strong public interest in protecting the personal and sensitive data of North Carolinians.

In addition to announcing the proposed identity theft legislation at the January 17 press conference, Attorney General Stein also released the North Carolina Data Breach Report 2018, which details the nature and quantity of data breaches reported to the North Carolina Department of Justice in 2018. [3] According to Attorney General Stein, 1.9 million North Carolinians were affected by a data breach in 2018, [4] an increase of over 250% over the past decade, signaling that North Carolina’s data protection laws, while strong, “need to be even stronger.” [5]

Given the prevalence of large data breaches in 2017 and 2018, such as Equifax and Uber, it is not surprising that states like North Carolina are beginning to strengthen data protection laws in an effort to stem the tide of data theft. [6] Such new protections will impact health care providers, which, as an industry, experienced data breaches in 2018 affecting over 9.9 million records nationally — the second largest amount of breaches in 2018 as an industry. Moreover, breaches by health care providers in 2018 had the highest rate of exposure per breach. [7]

As proposed, the “Strengthen North Carolina Identity Theft Protection Act” (the “Act”) would significantly increase consumer protection after a breach by: (1) requiring quicker consumer notification within a set timeframe, (2) creating additional responsibilities for credit reporting agencies related to credit freezes and credit monitoring, and (3) expanding the scope of protected personal information to include medical information, genetic information, and health insurance account numbers. Additionally, the Act would amend the definition of security breach to include any unauthorized access to personal information regardless of whether it was also acquired, which would include ransomware attacks where personal information is accessed but not acquired. [10]

The Act would shorten the breach notification timeframe to 30 days following discovery of a breach, as compared to the current law, which requires entities to report breaches without “unreasonable delay.” This is longer than the breach notification period proposed in 2018, which, at 15 days, would have made North Carolina among the shortest breach notification periods in the nation. [11] Additionally, the Act would clarify that any business that suffers a breach while failing to maintain reasonable security measures has committed a violation of North Carolina’s Unfair and Deceptive Trade Practice Act (“UDTPA”). [12] This is less onerous than the 2018 proposal, which would have established a separate and distinct violation of the UDTPA for every individual whose data has been compromised. [13]

Like the 2018 proposal, the 2019 iteration would allow consumers to place and lift a credit freeze on their credit report at any time at no charge, and a company seeking to obtain a person’s credit report or credit score will require permission and a disclosure of the reason such access is sought. Additionally, consumers will have the right to request a listing of both credit-related and non-credit-related information maintained about the consumer by the consumer reporting agency, including source and a list of any person or entity to whom such information is disclosed.

Some of the proposed changes as compared to 2018 were the result of consultation with relevant stakeholders, including representatives of the business community. Indeed, Representative Saine noted that, over the last year, he has spent “numerous hours working with citizen advocates — like AARP, the Attorney General’s Office, and the North Carolina business community, to ensure that this bill will create strong protections for North Carolina’s citizens’ data. We are strongly committed to getting this right, and creating a strong framework for protecting our most personal information.” [14] By curtailing some of the more onerous requirements of the 2018 proposed bill, the current iteration has a greater likelihood of passage, and would still bring North Carolina’s data protection laws in line with many of the most demanding in the nation.

What This Could Mean for Health Care Providers
The new law, if passed as proposed, would significantly strengthen North Carolina’s current data privacy laws, making it one of the more stringent in the nation. In particular:

If passed, providers conducting business in North Carolina will have increased incentives to ensure that their cybersecurity and data management policies are consistent with evolving privacy and security standards and adhered to by their workforce members, especially if the definition of personal information is expanded to include medical and genetic information, as proposed.

The K&L Gates’ health care and food, drugs, medical devices and cosmetics (FDA) practice regularly advises clients in the area of health care data privacy, security, and operational matters and stands ready to assist in assessing the impact of this proposed legislation on their current and future operations. 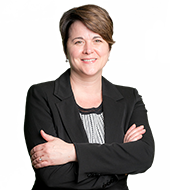