On October 5, 2015, the Organisation for Economic Co-operation and Development (“OECD”) published final reports outlining the “actions” to be undertaken by OECD members as part of the base erosion and profit shifting (“BEPS”) project. The BEPS project has focused on renovating international tax rules that have largely not been subject to extensive review for a significant amount of time and have, as a result, failed to keep pace with the modern global economy.

The final reports contain action items requiring further development by OECD members before action items are implemented into the domestic laws of member states. According to the explanatory statement accompanying the reports, the OECD and G20 countries will extend their cooperation on BEPS until 2020 to complete pending work and ensure implementation of measures by member states is monitored. With international tax issues continuing to be high on the political agendas of most OECD countries, the closing stages of the BEPS project is likely to trigger legislative action in most member jurisdictions.


The Actions 8–10 reports relating to transfer pricing rules will be of particular interest to multinational enterprises given the recent focus of tax authorities on transfer pricing issues.

Aligning Transfer Pricing Outcomes with Value Creation
Transfer pricing issues generally arise where related entities — whether between related companies or between a company and its branch — trade with each other.

Existing OECD transfer pricing rules found in Article 9 of tax treaties are based on OECD and UN Model Tax Conventions and the OECD Transfer Pricing Guidelines for Multinational Enterprises and Tax Administrations. These rules apply the “arm’s-length principle” to determine appropriate pricing conditions between members of multinational groups.

The BEPS actions in this area have focused on clarifying and strengthening the existing standards and OECD guidelines. This has included guidance on the arm’s-length principle and an approach to ensure the appropriate pricing of hard-to-value-intangibles has been agreed upon within the arm’s length principle.

The BEPS project on transfer pricing has focused on the following key areas:

The final report on Actions 8–10 revises guidance that responds to these issues and aim to ensure transfer pricing rules secure outcomes that better align operational profits with the economic activities that generate them.

Implementation
The implementation of the BEPS project actions in a globally coordinated fashion will be a complicated task.

The K&L Gates Global Tax Team is monitoring Government responses across a range of jurisdictions to identify issues of relevance to our clients.

Australia
On October 6, 2015, the Australian Treasurer welcomed the release of the reports but highlighted the “strong measures already taken” by the Australian Government to “attack the heart of the multinational tax avoidance problem”.

Draft legislation already has been released in Australia to:

Relevantly, the Treasurer’s media release indicated that no major issues were expected to arise from an Australian perspective for any of the BEPS actions other than in relation to Action 14 (Dispute Resolution) and 15 (Multilateral Tax Treaties). This appears to be largely due to the fact that many of the features advocated by the OECD (in relation to transfer pricing, CFC rules design and thin capitalization) are already incorporated into Australian domestic law.

In relation to Actions 8–10, the media release stated no fundamental change to Australia’s transfer pricing rules would be required, but noted that “enhanced guidance” would be provided to help the Australian Taxation Office’s administration of those rules.

A recent judgment of the Federal Court of Australia is Australia’s most significant transfer pricing decision in recent years and will be of interest to other jurisdictions. Most OECD jurisdictions incorporate the arm’s length principle in some form into their domestic legislation and bilateral treaties and also rely on the OECD transfer pricing guidelines in interpreting their domestic rules.

The findings of the Federal Court are particularly relevant to the matters considered in Action 9 of the BEPS project, which addresses the levels of returns to funding provided by a capital rich multinational entity group members, where those returns do not correspond to the level of risk and activity undertaken by the funding company. An appeal is likely.

France
The French Finance Minister, in an October 2015 press release, said that French tax law is, in certain respects, already in line with the “highest” international standards and in particular regarding Action 4 on the limitation of base erosion involving interest deductions and other financial payments. The Minister further indicated that it plans to introduce, in the Amended Finance Bill for 2015, rules on country-by-country reporting, in accordance with Action 13.

The French government, in light of Actions 11 and 13 of the reports, already implemented in 2014 an obligation for large companies to provide full contemporaneous transfer pricing documentation as of the first day of a tax audit, as well as a simplified documentation within six months of filing the tax return for the relevant assessment year. The finance bill for 2016 proposes to expand the scope of the annual disclosure to encompass information for countries in which group companies that hold intangibles, or with which intragroup transactions are carried out, are established.

In relation to Action 2 (Hybrid Mismatch Arrangements), the 2014 finance bill introduced a rule according to which interest on related party loans is tax deductible only if the French borrower can prove that such interest is subject to an income tax in the hands of the lender at a rate equal to at least to 25 percent of the French standard corporate income tax rate.

Germany
Following the publication of the final BEPS reports by the OECD and their subsequent approval during the G20 meeting of the finance ministers and central bank presidents in Lima, the German Federal Ministry of Finance has emphasized its continuous support for the BEPS project. The Ministry again has stressed the relevance of the BEPS agreement for avoiding double taxation as well as double non-taxation, mitigating unfair international tax competition as well as improving the exchange of information, and transparency between the fiscal authorities.

The Federal Ministry of Finance further refers to its predominant goal of creating a “level playing field” meaning that mainly certain other states would have to stop unfair competition and that all states should strive to create comparable standards of taxation, closing existing tax loopholes. As far as Germany is concerned, the Federal Ministry of Finance is convinced that German tax law — by international standards — is already equipped with a robust tool kit allowing to efficiently fight abusive structures and artificial profit shifting.

Hence, the legislative measures implementing BEPS in Germany will be limited to a selected — and yet to be determined — few once taking into account that no such measures should finally prove to being overly burdensome for entrepreneurs doing business in Germany.

The UK government has anticipated some of the BEPS Actions with unilateral legislative action including Action 7 (Preventing the Artificial Avoidance of Permanent Establishment Status) with the introduction of the Diverted Profits Tax (at 25%) with effect from April 1, 2015.

The UK government is currently engaging in public consultation on:

The UK government is also committed to continue to create the most competitive tax system in the G20 as part of its international and domestic policy agenda, which necessitates a relative degree of tax system stability (which may include a complex array of “grandfathering” arrangements).

Accordingly, for the foreseeable future, it will remain imperative for both existing and planned cross-border structures and arrangements within the scope of the BEPS actions including UK participants to be kept under constant review and independently of the BEPS timeframe.

United States
It is quite clear that U.S. multinationals will be greatly impacted by the BEPS project.  For example, as detailed above, so called intellectual property (“IP”) cash boxes (or returns solely based on legal ownership of IP) will generally no longer be a viable planning strategy.  Further, it is believed that at least 1,600 US based multinationals will be subject to enhanced reporting under the forthcoming country-by-country reporting regime.  Although debt push-down structures and the use of interest deductions are expected to remain a legitimate planning technique, some benefits are likely to be curtailed.

Finally, one of the biggest concerns moving forwarding from a U.S. perspective is the U.S. Treasury’s desire to promote mandatory binding arbitration and dispute resolution provisions as part of the multilateral instrument that will be used to implement many of the BEPS provisions.

How the K&L Gates Global Tax Practice can help?
Tax law and practice is becoming increasingly global in nature.  The K&L Global Tax Practice provides our clients with seamless tax solutions across its multiple offices in the United States, Australia, UK, Europe and Asia.

With 70 specialists across the regions, the ability to provide comprehensive tax advice across a wide range of jurisdictions, and in collaboration with our specialists in asset and corporate finance, investment funds, international capital markets and corporate law, is an unparalleled advantage for our clients. We have experience in assisting our multinational clients negotiate the transfer pricing regimes across multiple jurisdictions and the changes to those regimes occasioned by the OECD BEPS project.

View our tax specialists at: www.klgates.com/tax-practices/#professionals 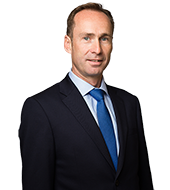 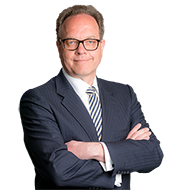