Oregon’s Workplace Fairness Act (the “Act”) (SB 726) was signed into law by Gov. Kate Brown on June 11, 2019. The Act, which grew out of the national #MeToo movement, significantly changes the playing field with respect to potential discrimination and harassment claims brought by employees. The Act amends current law making it easier for employees to bring claims against employers and, with a broad brush, makes it more difficult for employers to avoid such claims. Though the Act is focused on sexual harassment, its effects are wide reaching and encompass discrimination and harassment based on race, color, religion, sex, national origin, military service, and disability, among other protected classes.

Key Provisions of the Act

The Act makes it an unlawful employment practice to enter into an agreement with an employee or prospective employee that contains non-disclosure or non-disparagement provisions that have the purpose or effect of preventing employees from disclosing conduct that constitutes sexual assault or discrimination in the workplace.[1]

The Act mandates that every Oregon employer adopt written policies and provide a copy of the written policy to each employee at the time of hire. The policy must, at a minimum, include the following information:

The employer must make the written policy generally available in the workplace and require any individuals designated to receive complaints to provide a copy of the written policy to any employee disclosing information regarding discrimination or harassment.

The Act drastically increases the statute of limitations to bring claims from one year to five years. The five-year statute runs from the date of occurrence of the alleged unlawful practice. As memories fade with time, it is especially important to emphasize to employers the importance of contemporaneous recordkeeping and retention regarding any alleged prohibited conduct.

The five-year statute of limitations to bring claims for discrimination or harassment based on an employee’s protected class becomes effective September 29, 2019. The five-year statute of limitations for claims of unlawful employment practices based on non-disclosure or non-disparagement agreements becomes effective on October 1, 2020.

The Act provides that severance or separation pay agreements (e.g., golden parachutes) between employers and executives or managers (persons with the authority to hire and fire or with the discretion to exercise control over employees) may be voidable if, after a good-faith investigation, an employer determines that the executive employee violated the Act’s provisions and that such violation substantially contributed to the employee’s separation.

What Are the Next Steps for Employers?

The key provisions of the Act take effect on October 1, 2020, except for the five-year statute of limitations referenced above. Employers should take this time to start preparing for the new law by:

[1] The Act makes a distinction between conduct between employees, between an employer and employee, and conduct that occurs on or off company premises. 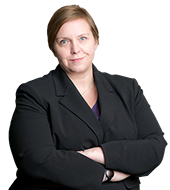