Overhaul of the Australian Foreign Investment Rules: A Summary

Corporate/M&A and Energy, Infrastructure and Resources Alert
By: Clive Cachia

With effect from 1 December 2015, Australia's foreign investment framework was significantly amended to modernise and simplify its provisions and strengthen its enforcement. In summary, the amendments:

The main elements of the amended foreign investment rules are summarised below.

The amended rules give the Treasurer the power to make a range of orders in respect of certain investments by foreign persons.

The amendments broaden the definition of 'foreign person' so that it now includes:

The revised framework regulates certain acquisitions by foreign persons if the acquisition is a 'significant action' or a 'notifiable action' under the Act.

A party taking a significant action may notify the Treasurer. The Treasurer may then:

The party is not required to notify the Treasurer unless the significant action is also a notifiable action. However, it is likely many foreign investors will elect to notify because they will want the certainty offered by a no objection notice.

Broadly, a notifiable action is a proposed action to acquire:

Whether an action is classified as a significant action relies on the value of the action exceeding a relevant monetary threshold. Certain relevant thresholds are set out here: Annexure 1 - Monetary Thresholds

The new rules provide for a number of exemptions. An acquisition of an interest will not be a notifiable action or a significant action in a number of circumstances, including:

The Treasurer can also give exemption certificates that specify an interest is of a kind that does not give rise to a significant action or notifiable action.

Application fees have been introduced for:

A list of certain applicable fees can be found here: Annexure 2 - Fees

There are a number of civil penalty provisions and criminal offence provisions that apply if a person:

The maximum criminal penalty for the most serious offences under the new regime committed by individuals has increased to imprisonment for three years, a fine equivalent of AUD135,000, or both. A body corporate which commits an offence now faces a penalty of up to AUD675,000.

The new regime also introduces or modifies a number of key concepts.

A direct interest in an entity or business is an interest of at least:

The new rules also expand the definition of "agribusiness". An entity or a business is an agribusiness if at least 25% of its earnings or assets are derived from or are used for its operations in the agriculture, forestry or fishing industry, or certain food product manufacturing industries.

Mining and production tenements are included in the definition of "Australian land". Acquisitions of mining and production tenements by foreign persons are notifiable actions and significant actions regardless of the value of the land (or, for persons from Chile, New Zealand and the United States, for tenements above the monetary threshold of AUD1,094 million). There is an exception if the tenement is acquired directly from an Australian government entity.

Acquisitions of exploration tenements are generally not significant actions and are not notifiable, regardless of the value of the tenement and who the tenement is acquired from. However, if the exploration tenement at the time of acquisition is reasonably likely to exceed five years (including any extension or renewal) and confers the holder with a right to occupy the underlying land (for example, agricultural land or commercial land), the acquisition of the interest in that land may be a notifiable action or a significant action.

This revised foreign investment regime needs to be considered in light of some notable recent foreign investment decisions. In November 2015, after extensive consultation with the Foreign Investment Review Board (FIRB), the New South Wales Government awarded a 99 year lease of TransGrid, NSW's high voltage electricity transmission network, to 'NSW Electricity Networks' consortium, which is made up of Canadian, Middle Eastern and Australian investors.

In October 2015, the Northern Territory Government signed a AUD506 million agreement with a Chinese Landbridge Group to lease the port and facilities for 99 years, including the Darwin Marine Supply Base and Fort Hill wharf. This deal provided Landbridge 100% operational control of the port, and 80% ownership of the Darwin Port Land. The remaining 20% will be held by an Australian entity to ensure local ownership.

This arrangement has raised concerns about the security implications, as the port is a critical national infrastructure, and Landbridge allegedly has links to both Chinese Communist Party and the People's Liberation Army. Landbridge applied for FIRB review, however it was exempted as it was an agreement between Australian government (i.e. Northern Territory Government) and private companies (i.e. Landbridge is not a state-owned enterprise).

While the Government has allowed many Chinese companies to invest in Australia in the past, some have been denied due to defence and security concerns. For example, on 19 November 2015, Treasurer Scott Morrison prohibited the sale of S. Kidman and Co Limited to foreign investors on the basis that Kidman's landholdings represent 2.5% of Australia's agricultural land and include land located within the Woomera weapons testing range. As such, such an acquisition was considered to be 'contrary to the national interest'. As a result, there has been a strong call to review the Darwin Port deal based on security concerns. Further, the Government is considering additional amendments to the regulatory framework so that these sorts of transactions are regulated by the FIRB in the future. On 25 November 2015, the Senate referred an inquiry to the Senate Economics References Committee which will examine the foreign investment review framework with particular reference to the recent transactions (mentioned above) and the sale or lease of significant Australian assets. The deadline for the Committee to report has been extended to 8 April 2016.[1]

This raises the spectre that the recent amendments to Australia's foreign investment regime may not be the last.

How Do The Changes Impact You?

If you are conducting a transaction with a foreign person you need to be aware of the revised foreign investment regime. Ensure that you get advice as to whether you are acquiring any interests which might give rise to a notifiable action or significant action, and seek the appropriate approvals. 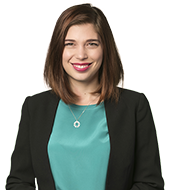