AFCA is Coming: an Overview of the new Australian Financial Complaints Authority

The AFCA Bill implements the Government's response to the Ramsay Review, which was the first comprehensive and independent review of the financial services dispute resolution and complaints framework. Amongst other things, the Ramsay Review recommended the establishment of a single external dispute resolution (EDR) scheme for all financial complaints based on an industry ombudsman model.

The AFCA scheme is to apply to certain disputes relating to products and services provided by "financial firms" required to be a member of an EDR scheme and will have higher monetary limits and compensation caps than its predecessor schemes.

Some financial firms, including most credit representatives and exempt special purpose funding entities, must be an AFCA member but do not have IDR obligations.

Under the amended Corporations Act, membership of AFCA must be open to every firm that is required to be a member of an authorised EDR scheme. AFCA may also accept as members firms who are not required to join AFCA as a licensing requirement. This includes firms exempt from holding an Australian financial services licence, such as an eligible fintech business pursuant to ASIC's regulatory sandbox framework. AFCA members will be contractually bound to comply with AFCA's operating rules.

The Revised Explanatory Memorandum to the AFCA Bill provides that the new EDR framework and IDR reporting requirements will assist ASIC with "monitoring trends, identifying emerging issues and determining regulatory priorities in the dispute resolution system." ASIC will be able to publish the IDR information it obtains, including firm specific data. This is intended to improve transparency regarding performance of financial firms to consumers.

ASIC's Role in Relation to AFCA
ASIC will have a range of powers and an enhanced oversight role in relation to AFCA. This includes approving any material changes to the AFCA scheme.

ASIC's powers over AFCA include:

The amended Corporations Act will specifically require AFCA to report certain matters to ASIC (as well as APRA and the Commissioner of Taxation as appropriate) in connection with a complaint, including:

AFCA may also report any settled complaints that it thinks requires further investigation.

The Revised Explanatory Memorandum confirms that while ASIC will have an enhanced supervisory role in relation to AFCA, ASIC will not play a role in individual complaints handling or AFCA's decision making processes and AFCA will remain independent and responsible for management of disputes.

Nature of AFCA Decisions
AFCA decisions in relation to non-superannuation complaints will not be binding unless the consumer accepts the determination and waives the excess of their claim (if any) above the applicable compensation cap. Consumers retain a legal right to reject an AFCA determination and to take their complaint to court.

While AFCA decisions in relation to superannuation complaints will be binding on financial firms and consumers, all parties will be able to appeal to the Federal Court on a question of law.

Latest Developments and Next Steps for Financial Firms
A number of steps still need to take place before AFCA commences. This includes Ministerial authorisation of AFCA and consultation on AFCA's terms of reference.

On 5 March 2018, ASIC released Consultation Paper 298 Oversight of the Australian Financial Complaints Authority: Update to RG 139 (Consultation Paper) seeking feedback on a number of aspects of its oversight role of the new EDR statutory framework. This includes the obligation on AFCA to report certain matters relating to disputes to ASIC, APRA and the Commissioner of Taxation, the role of the independent assessor to review complaints about service issues in AFCA's dispute handling and the need for transitional relief from EDR disclosure obligations.

Under the Corporations Act, financial firms have obligations to include information about the applicable dispute resolution system covering holders of a product as well as how that system may be accessed in disclosure documents including Financial Services Guides, Product Disclosure Statements, Short-Form PDSs, and periodic and exit statements for superannuation products.
ASIC has indicated in the Consultation Paper that disclosures and communications referring to a predecessor EDR scheme will need to be updated to refer to AFCA by the time AFCA commences. The Australian Government has announced that AFCA will start accepting complaints no later than 1 November 2018.

ASIC considers that the transition period to the commencement of AFCA (by no later than 1 November 2018) is likely to be sufficient to enable financial firms to satisfy their disclosure obligations. However ASIC is seeking feedback as to whether this is a sufficient timeframe for financial firms to update all of their legal disclosures and whether transitional relief from EDR disclosure obligations should be provided in the lead up to AFCA commencement.

This requirement should be monitored by financial firms as without any transitional relief, they will be required to update their disclosure documents by 1 November 2018. Submissions on the Consultation Paper close 6 April 2018. 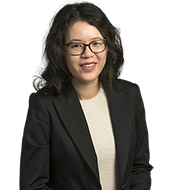