Introduction
As Pennsylvania legislators work to resolve the budget impasse, proponents of enacting a Pennsylvania False Claims Act (“PA FCA”) targeting Medicaid continue to intensify their efforts in Harrisburg.  Legislators may consider the proposed law for passage during the current legislative session within the context of ongoing budget negotiations.  Styled as the “Pennsylvania Fraud Prevention and Recovery Act,” the proposed PA FCA responds to federal incentives for states to pass their own false claims statutes and has the laudable goals of preventing Medicaid fraud and recovering funds paid out under fraudulent claims filed with the Pennsylvania Medicaid Program.  That goal, however, is arguably ably addressed under existing law and the claimed benefits of this additional, duplicative legislation are unlikely to be realized, and may unnecessarily increase the burdens on health care organizations operating in Pennsylvania.

Based on an analysis of the statutory language and the experiences of other states that have enacted similar state FCAs, the proposed PA FCA raises the specter of significant unintended consequences.  These potential consequences include (i) creating opposite interests between the government and the whistleblower, which may lead to longer, costlier settlement negotiations and potential deadlock if whistleblowers are unwilling to accept reasonable settlements; (ii) the Commonwealth recovering fewer tax dollars, as the proposed legislation would require an additional “bounty” to be paid to the whistleblower; and (iii) increasing the number of unmeritorious and frivolous lawsuits brought by whistleblowers (called qui tam suits) in the hopes of earning a quick payout. [1]  Another area of legitimate and serious concern for health care organizations is that the proposed legislation would impose liability, treble damages, and significant civil penalties, even absent a specific intent to defraud the government.

Accordingly, health care organizations whose operations extend to the Pennsylvania Medicaid Program would be well served to educate themselves about the proposed PA FCA and how it may impact them if enacted.  K&L Gates has an experienced team of policy and false claims act advisors who can provide assistance, including developing strategies to ensure legislators have all the facts and information necessary for a full and fair evaluation of the merits of this proposed law.

Background on Efforts to Prevent Fraud and Abuse in State Medicaid Programs
Efforts to combat fraud and abuse in the federally funded state Medicaid programs are not new.  Under the Federal FCA, [2] the U.S. Department of Justice and its state partners, including Pennsylvania, have for many years collected substantial recoveries arising from false claims, with the state and federal shares commensurate with their respective funding of these programs—roughly 50/50. [3]  After the U.S. Government Accountability Office (GAO) added Medicaid to the list of programs at high-risk for abuse, [4] Congress responded by including a provision in the Deficit Reduction Act of 2005 (“DRA”) offering states a financial incentive to enact their own false claims acts targeting Medicaid fraud modeled on the Federal FCA, including its qui tam provisions empowering whistleblowers to sue government contractors on behalf of the government to recover false claims paid to them along with penalties and other relief and receive a bounty from the state if successful.  Under the DRA, if a state enacts a “qualifying” false claims act, it receives an additional 10% of the recovered funds from the federal share in state FCA cases involving Medicaid fraud (i.e., 60% instead of the usual 50%), even where a Federal FCA cause of action is also asserted and where the case is pending in federal court. [5]

The proponents of the proposed PA FCA seek to enact a qualifying law closely modeled on the Federal FCA to capture this extra 10% share of Medicaid fraud recoveries.  However, it is unclear whether Pennsylvania’s net recoveries would actually increase.  Pennsylvania currently does not pay bounties to whistleblowers in Federal FCA cases involving the Pennsylvania Medicaid Program, but would be required to do so if the PA FCA were enacted.  The PA FCA would require whistleblowers to be awarded between 15% and 30% of Pennsylvania’s share of any recovery, whereas in the absence of a PA FCA the Commonwealth would owe nothing and the only bounty would be paid from the Federal share. [6]  The additional state bounty for whistleblowers would potentially negate the 10% incentive and, in many instances, it would reduce the Commonwealth’s net recovery of fraud dollars.  Appendix A, below, provides one hypothetical example of how passage of the PA FCA results in double-bounties for whistleblowers, but lower recoveries for the Commonwealth.

Key Features of the Proposed PA FCA
The proposed PA FCA would largely duplicate the Federal FCA and reach the same conduct.  At a high level of generality, the PA FCA would create a new Pennsylvania cause of action against any person who knowingly submitted or caused another to submit a false claim to the government in connection with the Pennsylvania Medicaid Program.  It also would create a cause of action for improper conduct to avoid an obligation to pay money to the government (i.e., “reverse” false claims, where contractors improperly retain overpayments from the government).  To be found liable under the PA FCA, a person must be shown to have specifically intended to defraud the government or that the person was deliberately ignorant (also called “willful blindness”) or acted with reckless disregard to the truth or falsity of the information submitted.  By adding willful blindness and reckless disregard, the proposed PA FCA significantly expands potential liability.  Additionally, the burden of proof a claimant must meet to establish a violation under the PA FCA is not enhanced from the usual civil standard of proof by a mere preponderance of the evidence.  The potential consequences of violations of the PA FCA would be significant: treble damages (double damages in the case of self-reporting) and additional civil penalties of between $5,500 and $11,000 for each violation.

While the proposed PA FCA would permit the Pennsylvania Attorney General to bring a civil action in state court to enforce the Act, the central feature of the proposed PA FCA is the qui tam provision.  Like the Federal FCA, the Pennsylvania law would authorize a qui tam plaintiff—a whistleblower possessing material, non-public information bearing on alleged Medicaid fraud—to sue on behalf of the Commonwealth.  The Commonwealth would then have the opportunity to intervene and proceed with the action.  If the Commonwealth declines, the whistleblower could pursue the action independently.  Depending on whether the government intervenes and other factors, a whistleblower would be entitled to a bounty of between 15% and 30% of any recovery, plus attorney’s fees and costs. [7]

Concerns Raised by the Proposed PA FCA
While curbing fraud and abuse in the Pennsylvania Medicaid Program is certainly an important and worthwhile goal, the proposed PA FCA raises several concerns that will likely take center stage as legislators continue to debate the merits of this potential new law.  For example:

Conclusion
The proposed PA FCA, while purporting to achieve the admirable goal of reducing Medicaid fraud in Pennsylvania, may not achieve that goal.  Instead, the PA FCA may result in lower net recoveries for the Commonwealth, increased costs to health care organizations, and a greater number of meritless lawsuits.  The only parties who clearly appear likely to benefit from this proposed legislation are the whistleblowers and their lawyers, potentially at the expense of the Commonwealth. [13]

Health care organizations should be aware that, despite falling short in previous attempts to enact a PA FCA, proponents are again aggressively lobbying for its passage.  Given the current political climate, the proposed law may gain new traction.  K&L Gates, with its extensive team of Pennsylvania policy advisors and false claims lawyers, stands ready to answer any questions regarding this proposed legislation and develop strategies to ensure all voices are heard in the policymaking process.

How the PA FCA Incentivizes Whistleblower Litigation by Offering Double Bounties
Under the proposed PA FCA, whistleblowers will receive not only a bounty from the federal share of any recovered funds, but also a similar bounty from the state share of recovered funds that was previously unavailable.  Below is a hypothetical example of how a $2.3 million settlement would be divided before and after the enactment of a PA FCA.  Based on this example, the enactment of the PA FCA would result in the reduction of Pennsylvania’s net recovery by $60,000, in contrast to the near doubling of the whistleblower’s total bounty.

Presently—With No PA FCA, Pennsylvania Keeps All $1.1M of Its Share in Recovery

With PA FCA—Pennsylvania Loses $60,000, but Whistleblowers Almost Double Their Share

Notes:
[1]  Qui tam suits are brought by private individuals (“whistleblowers” or “relators”) on behalf of the government.  The suits are incentivized by the prospect of the individual collecting a significant share of any recovery.

[8]  Because the definition of “frivolous” is unsettled, an oft-used metric is the number of cases the federal government decides to intervene in once a whistleblower files suit.  It is reasoned that the federal government will take the time and expend the resources to intervene in meritorious suits, whereas they will not pursue meritless or frivolous suits.  See Christina Orsini Broderick, Note, Qui Tam Provisions and the Public Interest: An Empirical Analysis, 107 Colum. L. Rev. 949, 971 (2007) (discussing intervention rates as a proxy for merit, demonstrating that between 1987 and 2004 the U.S. Government declined to intervene in 78% of qui tam actions, and finding that “these data indicate that 78% of all qui tam actions are without merit”).  Using the intervention rate as a metric for merit is further supported by the statistic that only 8% of cases where the government declines to intervene are ultimately successful.  See Michael Lockman, Note, In Defense of a Strict Pleading Standard for False Claims Act Whistleblowers, 82 U Chi. L. Rev. 1559, 1580 (2015) (analyzing qui tam suits since 1999 and finding that fewer than 300 out of 3,819 total suits were successful where the government declined to intervene in a suit).

[13]  See Appendix A, infra, illustrating how whistleblower shares will increase dramatically with passage of the PA FCA. 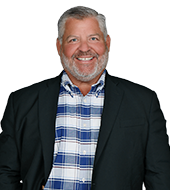