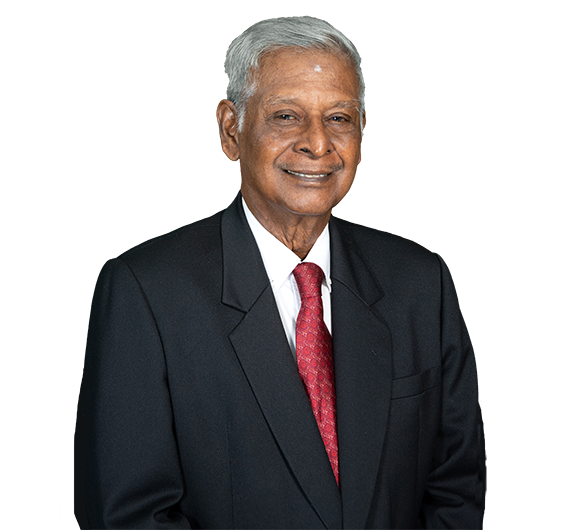 Periowsamy Otharam, known as P O Ram, commenced his legal career in 1969 as a deputy public prosecutor and state counsel. He served in the Singapore Legal Service until 2005. During his services, he served as deputy director of legal services for the Ministry of Defence and deputy director of Singapore’s Legal Aid Bureau. From 1995 to 2005 he was seconded to the Parliament of Singapore as the Clerk of Parliament, the chief executive of Parliament. During this period, he was also appointed the Secretary of the Presidential Council of Minority Rights. He was appointed as Secretary-General of the Association of Southeast Asian Nations (ASEAN) Inter-Parliamentary Association, a diplomatic post, from 2013 to 2016. After an illustrious career in public service, P O Ram entered into private practice.

P O Ram practices civil and criminal law, at all levels, from trial courts to the Court of Appeal. He is on the panel of lead counsel in the Legal Aid Scheme for Capital Offences. In the firm, he heads pro bono work and takes an active role in the mentoring of young lawyers.

P O Ram was admitted into the degree of Utter Barrister of the Middle Temple, Inns of Court in 1968. He subsequently joined the Singapore Legal Service as a Deputy Public Prosecutor and State Counsel in 1969. He subsequently served in various capacities, including as the Deputy Director, Legal Services, Ministry of Defence, and Deputy Director, Legal Aid Bureau. He was second to the Parliament of Singapore and appointed as the Clerk of Parliament in 1995. As the Clerk, he was the full-time executive head of the Parliament and had overall responsibility for Parliament’s operations and support for its legislative functions.

After retirement in 2005, he entered into private practice, practicing in the areas of criminal law, civil litigation, and family law. In 2013, he was approached to take on the responsibility of Secretary General of the ASEAN Inter-Parliamentary Assembly for a term of three years. This was a diplomatic posting and required him not just to run the Secretariat, but also to coordinate parliamentary cooperation, education, and relations between the legislators and legislative bodies of the 10 ASEAN countries. His duties included maintaining relationship with the observer parliaments such as Japan, China, and India.

In 2017, P O Ram joined Straits Law Practice LLC. He completed his LLM at the National University of Singapore in 1989.