On 3 July 2019, the Supreme Court handed down its judgment in Lambeth v SSHCLG [2019] UKSC 33, regarding how a planning permission granted pursuant to s73 of the Town and Country Planning Act 1990 relates to previous planning permissions. The case concerned a 2014 s73 permission to permit a wider range of (non-food) goods to be sold from a retail unit than previously allowed under condition 1 to a 2010 permission. However, the proposed use restriction was set out only in a description of the development and not attached to the conditions of the 2014 permission. The landowner applied for a certificate of lawful use in relation to the sale of food. They argued that only a condition can restrict changes of use which do not constitute development, and, since the proposed change to the nature of goods sold did not constitute development and was not strictly contained in a condition, it was lawful to sell food from the unit. The certificate was granted by the Secretary of State on appeal and upheld by both the High Court and the Court of Appeal.

The Supreme Court overturned these decisions and held that the 2014 permission was effective at restricting food sales. The Court called for an ordinary reading of the permission; because s73 applications are conventionally spoken of as "varying" or "amending" the conditions of a previous permission, the reasonable reader would understand the 2014 permission as a grant of a new permission subject to the condition as varied. The Court endorsed this reading, despite acknowledging that it was “legally inaccurate” to describe a s73 permission as a variation to an existing permission, as technically they constitute an "independent" planning permission.

The judgment has numerous practical repercussions. Despite the legal distinction, decisions under s73 are likely to be treated more like s96A non-material variations (which take effect like running tippex on an existing grant), rather than “stand-alone” planning permissions. Given the Supreme Court’s view that, “it will always be a matter of construction whether a later permission on the same piece of land is compatible with the continued effect of the earlier permissions”, planning practitioners will now need to grapple with the question of what conditions might survive a later grant. This will make it harder to opine definitively on the authorised use of buildings or land.

It also raises a more jurisprudential question: should technical errors in common parlance inform the hypothetical reasonable reader, and in turn shape the law? 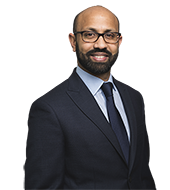