With Joe Biden as the presumptive president-elect and further pandemic-related relief legislation likely to create a need for new tax revenue, clients may want to consider estate tax planning before 2020 concludes, or at least in the near-term before any new legislation becomes effective.

During the campaign, President-elect Biden advanced several tax proposals that, if enacted, could have a significant impact on individuals and their estate planning. These proposals included: (1) lowering the federal estate tax exemption to pre‑2017 levels; and (2) changing the rules regarding the basis of property transferred at death (the so-called “step-up in basis”). Other previously advanced legislative proposals also suggest that several taxpayer-friendly estate planning techniques could be curtailed by a Democratic Congress.

The federal estate and gift tax exemption is a combined exemption that may be used during life or at death to exempt gifts and bequests from federal gift and estate tax.

The federal estate and gift tax exemption is currently at an all-time high due to legislation passed as part of the Tax Cuts and Jobs Act in 2017, when the federal exemption then in effect was doubled. Under current law, the exemption for an individual in 2020 is US$11.58 million or US$23.16 million for a married couple. (The exemption adjusts annually for inflation, and is scheduled to increase in 2021 to US$11.7 million per individual). This means that each person currently may make gifts of up to US$11.58 million during life, or transfer that amount of assets at death, without incurring a federal gift or estate tax. Gifts or transfers at death made in excess of a person’s federal lifetime exemption are taxed at a rate of 40%.

The increased federal exemption is set to expire at the end of 2025, at which point the exemption then in effect (as adjusted for inflation) would be cut in half. President-elect Biden proposed during his campaign to accelerate this roll-back, reducing the exemption amount to pre‑2017 levels, if not further, which could reduce the federal gift and estate tax exemption to US$5.49 million or less. Another previously advanced Democratic proposal would reduce the exemption to US$3.5 million and increase the rate of tax. If an individual does not use all of his or her currently available exemption in 2020 (or before the effective date of any new tax law), and the exemption rolls back in 2021, the previously available additional exemption will be lost. However, if the exemption amount is reduced, existing IRS rules already in place provide that prior gifts above the amount to which the exemption is rolled back will not be “clawed back” or create any retroactive estate or gift tax consequences.

In addition, previous Democratic tax proposals included limitations on certain estate planning techniques that currently allow a taxpayer to leverage the use of one’s estate and gift tax exemption to transfer wealth to lower generations, such as grantor retained annuity trusts, sales of assets to grantor trusts, and valuation discounts on transfers of partial interests in family-controlled business entities.  While it is unclear whether these limitations will be part of future tax proposals, taxpayers should recognize both that the utility of these wealth transfer tools could be significantly reduced if limitations are enacted, as well as the fact that these tools are particularly useful today for certain wealthy taxpayers due to currently low-interest rates.

Those with the capacity and desire to use some or all of their available federal exemptions in 2020 or shortly thereafter should also consider the practical aspects of making a gift. To whom will the gift be made and in what form: outright or into a trust for one or more beneficiaries? Creating and funding a trust can take time, particularly if the assets to be transferred are illiquid or unique. Gifts of an interest in a closely held, family-run business may offer the opportunity for discounting, but those assets must be properly valued for gift tax purposes, often requiring an independent appraiser.

Regardless of whether Congress changes the estate and gift tax exemption or generation‑skipping transfer tax exemption in 2021, current law already states that those exemptions will be halved in 2025, as noted above.

Taxpayers are well-advised to plan ahead. We encourage clients to contact their K&L Gates estate planning lawyer to discuss planning options for year-end and beyond.

Modifying or Eliminating the Step-Up in Basis

Under current federal law, appreciated property inherited from a deceased person passes to the beneficiary with a step-up in income tax basis. The beneficiary of the property takes the asset with a new basis equal to the fair market value of the asset as of the decedent’s date of death. Appreciation or depreciation recapture that would have been taxable had the decedent sold the asset during life is eliminated, resulting in little or no capital gain tax if the asset is sold shortly after the decedent’s death.

As part of his tax proposal during his campaign, President-elect Biden proposed eliminating the step-up in basis, and thereby modifying the way property is taxed after an individual’s death.

One of his proposals would have beneficiaries receiving a carry-over of the decedent’s own cost basis in property, instead of a stepped-up basis. If the beneficiary later sells the property, he or she would be liable for the capital gains tax on the full amount of the appreciation, as well as any depreciation recapture if the asset had been an investment subject to depreciation.

A second proposal would essentially treat all property owned by the decedent as sold as of his or her date of death. Any appreciation or recapture would therefore be taxed at death, but the beneficiaries would thereafter take the assets with a step-up in basis. It is unclear whether this second proposal would replace the current estate tax system or run as a complement to the current system.

President-elect Biden has also proposed certain changes to the capital gains tax structure. These proposals could have an even greater impact if accompanied by corresponding increases in capital gains tax rates or reductions of certain current income tax benefits affecting charitable deductions, phase-outs of IRC Section 199A deductions for higher-income taxpayers, and other items.

The possibility of future tax legislation, whether reducing the estate tax exemption, eliminating or modifying the basis treatment, or both, could have far-reaching impacts for many clients. We would be happy to discuss strategies with you to help tap into existing laws for the benefit of your family and future generations. Please reach out to any member of the Estate Planning and Trust and Estates group at K&L Gates to engage in planning strategies. 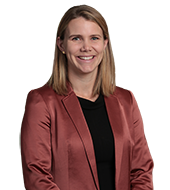