Last week the UK government published its Energy White Paper (White Paper) titled ‘Powering Our Net Zero Future’. The purpose of the White Paper is to follow up on Prime Minister Boris Johnson’s ‘Ten Point Plan for a Green Industrial Revolution’ by setting out the broader strategy over the next decade, to enable the United Kingdom to achieve net zero emissions by 2050. In addition, the 26th United Nations Climate Change Conference (COP26) is scheduled to be held in Glasgow in November 2021, providing further fuel for progress on emissions reduction strategies.

The potential role of hydrogen in the UK’s energy system is key to these ambitions and the White Paper illustrates the UK government’s support for the sector, including plans to develop 5 gigawatt (GW) per annum of low-carbon hydrogen production by 2030 and to invest £1 billion in innovation programs to assist with the development of new technologies such as clean hydrogen.

A central part of the UK government’s hydrogen strategy is the potential for hydrogen to replace natural gas for heating purposes. The UK government aims to re-evaluate the overarching market framework set out in the Gas Act 1995, to ensure that appropriate powers and responsibilities are in place to facilitate a decarbonized gas future. This will include a review of gas quality standards to ensure that the widest range of gases will be used to decarbonize energy.

Both the UK government and the private sector are currently running studies to test the potential for hydrogen to be used for heating. The UK government will increase the funding available for such projects, with a view to enabling a strategic decision to be taken around the mid-2020s over the long-term role of hydrogen for heating and potentially developing a plan for a Hydrogen Town before the end of the decade.

The UK government also plans to consult on the role of ‘hydrogen ready’ appliances in 2021. This consultation will include assessing the case for encouraging, or requiring, new gas boilers to be readily convertible to hydrogen, in preparation for any future conversion of the gas network. To facilitate the transition and development of the gas network, the UK government will continue to work with the Health and Safety Executive to enable up to 20 percent hydrogen blending on the network by 2023, subject to the success of testing and trials.

In transportation, the White Paper notes that electric vehicles are well-placed to deliver the bulk of decarbonization for cars, vans, and also smaller trucks in short distance and medium weight applications, such as urban distribution. Larger, long haul road freight vehicles remain more problematic, and so the UK government will invest £20 million next year in freight trials to pioneer hydrogen and other zero emission truck technologies to support industry to develop cost-effective, zero emission trucks in the United Kingdom. The UK government will also invest £120 million in 2021/22 to start the delivery of the 4,000 zero emission buses announced by the prime minister in February, supporting both battery electric buses and hydrogen buses.

The UK government will publish a dedicated Hydrogen Strategy in early 2021, which it hopes will position the United Kingdom as a world leader in the production and use of clean hydrogen. The UK government hopes to see 1GW of hydrogen production capacity by 2025, on route to its 2030 goal of 5GW.

To fund such growth, the UK government will create a £240 million ‘Net Zero Hydrogen Fund’ to provide capital co-investment in the range of production technologies that will be required to satisfy the level of anticipated demand for clean hydrogen by 2050. The technologies, which the UK government hopes to invest in, include methane reformation with carbon capture use and storage systems (CCUS); biomass gasification with CCUS; and electrolytic hydrogen using renewable or nuclear generated electricity. The UK government hopes the Net Zero Hydrogen Fund will deliver a major boost to production capacity.

The ‘Powering Our Net Zero’ White Paper is an important statement of the UK government’s commitment to achieving net zero emissions by 2050 and its commitment to clean hydrogen as an important fuel source of the future. Although it builds upon principles that were announced in November 2020, much of the detail still needs to be developed and will be subject to future consultations. Hopefully this will begin to gather momentum early next year, with the detailed Hydrogen Strategy that is due to be published by the UK government in early 2021, which should provide more detail on how the UK government will achieve its ambitious hydrogen production aims. 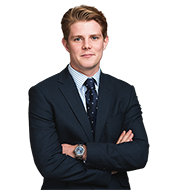