Pride and Prejudice: The Power of Apologies

The workplace is an environment where tempers can flare and conflicts arise between co-workers, employers and external parties. More often than not, a simple apology might defuse the tension and help bring the parties towards an amicable resolution. Unfortunately, these apologies are often not forthcoming for two reasons: pride and fear of legal liability.

On 13 July 2017, the Hong Kong Legislative Council passed the Apology Ordinance (Cap. 631) (AO) with the aim of promoting the making of apologies, preventing the escalation of disputes and facilitating their resolution. The AO seeks to achieve this goal by rendering all forms of apologies inadmissible as proof of guilt from civil proceedings. The AO does not apply to criminal proceedings and certain other proceedings listed in Schedule 1 of the AO, nor does it affect the discovery process or similar procedure whereby a party is required to disclose or produce documents in the relevant proceedings.

There has been no announcement as yet regarding the commencement of the AO, but it is anticipated to come into effect sometime in late 2017 or early 2018.

Section 4 of the AO defines an apology as an expression of a person’s regret, sympathy or benevolence in connection with a matter. This apology can be made orally, written or by conduct, and extends beyond partial apologies, which is only an expression of regret, to include full apologies which would ordinarily constitute direct admission of fault or liability and statements of fact to that effect.

The definition of apology and its forms of expression is purposefully drafted to also cover situations in which a party may not necessarily be at fault, and would simply like to offer an apology as a form of goodwill. This dovetails with the overriding purpose of the AO, which is to facilitate the resolution of disputes. Notably, Hong Kong has departed from other jurisdictions such as the United Kingdom, which only cover partial apologies. Whether or not this divergence will have a positive impact on encouraging resolutions remains to be seen.

Section 10 of the AO provides that apologies made by any party do not void or otherwise affect any insurance cover, compensation or other form of benefit for any person in connection with the matter under a contract of insurance or indemnity, in spite of anything to the contrary in any rule of law or agreement.

In the employment context, the inclusion of this provision is critical in preserving insurance coverage for both employers as well as employees, who may have purchased an insurance policy covering their period of employment. This agnostic and mutually beneficial carve-out arguably encourages both sides to offer an apology without fear of voiding otherwise valid insurance policies. Likewise, employers looking to dismiss an employee for cause cannot point to an apology that might have been given by the employee as a knee-jerk reaction to any accusations.

Criticisms of the AO

The AO has not been completely free of criticism and some commentators have questioned whether the legislation will be enough to change a culture in which face (in Chinese mian zi) is an important factor. It has also been suggested that rather than find solace, an aggrieved party may be incensed to learn that an explicit apology is inadmissible as proof of guilt. There is also a concern that the legislation does not contain enough safeguards against a disingenuous litigant who may attempt the use the existence of an apology to its advantage, for example, by seeking to rely on it under the “exceptional case” scenario contained in section 8 of the AO, or dressing it up as something other than an apology. Once the existence of an apology is made known to the judge or arbitrator (referred to as “decision maker” in the AO), the damage has already been done.

When viewed as part of a wider effort to promote parties to settle their differences amicably and to only commence legal action as a last resort, the AO is clearly a positive development. Time will tell whether the legislation will encourage parties to make genuine apologies and result in the early settlement of disputes. 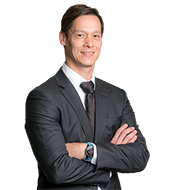