Should it mean, for example, that the award, or its decision or decision-making process, is tainted by fraud, by a breach of natural justice, or by any other vitiating factor abhorrent to public policy of the state concerned? Does it also, for example, encompass a situation where the enforcement court finds that the contract on which the award is based is illegal under its local law, such that enforcing the contract conflicts with the public policy of the state concerned?

In finding that international arbitral awards will only be set aside on grounds of public policy in very limited circumstances, which should not, unless there are “exceptional” circumstances, include the latter situation above, the Judicial Committee of the Privy Council (the Privy Council), the highest court of appeal for certain British Commonwealth countries, has supported the principle of finality in arbitration, in Betamax Ltd v State Trading Corp.,1 on appeal from the Supreme Court of Mauritius.

This is an important decision of the Privy Council, which is likely to resonate across the many countries that have adopted the UNCITRAL Model Law on International Commercial Arbitration (the Model Law). Allegations of illegality flowing from alleged bribery and corruption and allegations of breach of public policy are increasingly common challenges to international commercial and investment arbitration awards.

In 2009, the former government of Mauritius wished to secure for the nation a long-term uninterrupted supply of petroleum products. A 15-year contract of affreightment (COA) was signed, under which Betamax, a Mauritian private company, agreed with a state-owned company, State Trading Corporation (STC), to transport Mauritius’ entire petroleum product needs from a refinery in India by a specially designed vessel. In 2014, a new government took over, having campaigned on a platform that the COA was skewed towards Betamax, and it had been entered into without the prior approval required under the Public Procurement Act 2008 (PPA), which was in force when the COA had been signed.

The new government of Mauritius announced that STC would halt performance under the COA, and Betamax terminated it as a result of STC’s repudiation. Betamax claimed over US$150 million in losses and interest. The COA provided for Singapore International Arbitration Centre (SIAC) arbitration, seated in Port Louis (Mauritius), and the substantive law of the COA was Mauritian law, under which the dispute was an international, not domestic, arbitration, as a result of the international nature of the oil supply. This had the effect that the enforcement of the award was treated the same way as the enforcement of foreign arbitral awards.

The Model Law, Common Law, and the Restrictive Approach to Public Policy

The enforcement of an illegal contract of such magnitude, in flagrant and concrete breach of public procurement legislation enacted to secure the protection of good governance of public funds, would violate the fundamental legal order of Mauritius.2

The Supreme Court of Mauritius respected the very narrow application of the public policy exception in many jurisdictions, but it held that a breach of the PPA was an exceptional case. Public funds had been wasted. The COA was incompatible with Mauritius’ economic and legal system, which was striving to stamp out corruption in governmental contracting by way of the PPA, which was intended to maintain integrity and competition and to prevent fraud. With the permission of the Supreme Court of Mauritius, an appeal was allowed to the Privy Council, as the apex court of Mauritius, which considered the situation anew.

The Privy Council (Lord Hodge, Lady Arden, Lord Leggatt, Lord Burrows, and Lord Thomas, who gave the judgment of the Board) noted that, according to Article V(2)(b) of the New York Convention, the recognition and enforcement of an arbitration award may be refused if the competent authority in the country where recognition and enforcement is sought finds that the award would be contrary to the public policy of that country. This exception is incorporated into Article 34 of the Model Law, which forms the basis of many national arbitration statutes, including in Mauritius. As the public policy exception is similarly expressed across many territories that have adopted the Model Law, the Privy Council’s views are widely significant.

The public policy exception has been narrowly applied in many territories. Under English law, the English Court of Appeal in Westacre Investments Inc v Jugoimport SPDR Holding Co. Ltd.3 was asked to enforce an International Chamber of Commerce award under a contract governed by Swiss law that had been made by an arbitral tribunal sitting in Geneva. The arbitral tribunal had heard, and rejected, arguments that the contract had been influenced by bribery in Kuwait, holding instead that the contract was not illegal. The Swiss Federal Appeals Tribunal declined to overturn the award. Upon enforcement in England and Wales, new evidence of bribery was presented, such that it was said that enforcement would be contrary to the public policy of England and Wales. A majority in the Court of Appeal (Mantell LJ and Sir David Hirst) held that the arbitral tribunal had jurisdiction to determine the issue of illegality and had determined it on the evidence presented to it, so that the courts of England and Wales should prima facie enforce the award. Balancing all the considerations of public policy, including finality; the prior determination of the issue of illegality before the arbitrators; and the need to combat corruption, the award should be enforced. Waller LJ, in the minority, dissented, basing this dissent on his earlier decision in Soleimany v Soleimany.4 The Supreme Court of Mauritius had referred to and relied on Soleimany, but it did not follow Westacre.

The Privy Council noted that finality of awards is an outweighing factor. If courts could use public policy as a means of reviewing any decision in an award on an issue of interpretation of the contract or of legislative provisions applicable to its legality, there would be far greater scope for review than has been the case previously. It follows that questions in relation to the legality of a contract, such as whether it did or did not go afoul of anti-bribery statutes or public procurement laws, was simply a matter of interpretation. The Privy Council held that these matters of interpretation ought not give rise to any issue of public policy on enforcement.

The Privy Council noted that there may be some “exceptional” cases where the court under the Model Law provision may be entitled to review the decision on legality, “but it is not easy to think of such a case arising in practice.”5

Although not necessary to do so, the Privy Council went on to analyze anew whether it considered that the PPA applied to the COA. The Privy Council determined that the sole arbitrator was correct, and the Supreme Court of Mauritius had misdirected itself when it found the COA to have been illegally executed.

Despite the fact that no single case was identified to the Supreme Court of Mauritius where a court had held a breach of public procurement laws as amounting to a breach of public policy, it might appear superficially compelling that an award based on a contract that was held to be “flagrantly” incompatible with Mauritius’ economic and legal system will be contrary to public policy in Mauritius, particularly when the contract had attracted overwhelming press and public interest.

However, there are other principles at play. The Privy Council held that an arbitral tribunal’s decision that a contract is not illegal is, if within its jurisdiction, a final decision, in the absence of fraud, a breach of natural justice or any other vitiating factor in the award. Therefore:

Challenges to awards due to underlying corruption and illegality have become increasingly common across the globe. This alleged illegality often turns on the interpretation of regulations or other legislative provisions said to be applicable to the contract (for example, anti-bribery statutes). There are many cases where the arbitral tribunal will have looked into these allegations and set out reasons for holding that there was no illegality. In such cases, the Privy Council has held that the award should stand. The tribunal’s decision on fact and on law will be final, in the absence of fraud, a breach of natural justice, or any other vitiating factor in the award. 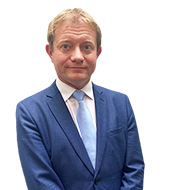