After the Democrats took control of the presidency and Congress earlier this year, questions have circulated regarding possible changes to the federal estate and gift tax laws, including a decrease in the exemptions from tax as well as increased tax rates. Senator Bernie Sanders (I-VT) recently introduced legislation called “For the 99.5% Act,” which would make sweeping changes to the current federal wealth tax laws.

Whether or not Congress will enact all or part of the proposed bill remains to be seen. Nevertheless, the bill deserves our attention, and certain taxpayers may consider additional planning to minimize the potential impact of this or similar legislation that could be signed into law.

Under the proposed legislation, the federal estate tax exemption, which is the amount of one’s estate that can pass free from tax at death, would be sharply reduced. The federal estate tax would apply at death to individual estates with assets in excess of US$3.5 million. (The current lifetime exemption is US$11.7 million per individual).

Estates with assets in excess of the exemption would be subject to tax at graduated rates, beginning at 45 percent for estates between US$3.5 and US$10 million and 50 percent on assets between US$10 million and US$50 million. Thereafter, the tax rate increases to 55 percent on assets above US$50 million up to US$1 billion, with a 65 percent tax applicable to assets in excess of US$1 billion.

Consistent with current law, lifetime gifts made by a person will continue to reduce the estate tax exemption available at death by the cumulative amounts of such gifts. However, under the Sanders bill, the lifetime exemption from gift tax would be reduced to US$1 million per person. If passed, all cumulative gifts made during life above the US$1 million exemption would incur a currently payable gift tax even if the cumulative gifts total less than the US$3.5 million exemption for transfers at death from one’s estate. Gifts made prior to enactment to the bill will be counted against (reduce) one’s new $1 million lifetime exemption. However, if those prior gifts exceed the new exemption, there does not appear to be any retroactive gift or estate tax consequences to those gifts.

If enacted into law, the new estate and gift tax exemptions and rates would apply to estates of decedents dying and gifts made after 31 December 2021.

The Sanders bill restricts the use of so-called annual exclusion gifts as well, which currently allow a person to make tax-free gifts of up to US$15,000 per year to any recipient without reducing one’s lifetime gift or estate tax exemption. In particular, the bill would limit the ability to apply the annual exclusion to gifts made to trusts, to gifts of interests in pass-through entities like limited liability companies or partnerships, to transfers of an interest subject to a prohibition on sale, and to transfers of property that cannot immediately be liquidated. These limitations would apply for any calendar year beginning after the enactment of the law.

Transfers of illiquid assets to family members are frequently subject to valuation discounts relating to their lack of marketability or lack of control. These marketability and minority discounts on many family-owned entities would be disallowed moving forward for transfers of interests between family members. These restrictions would apply to transfers made after the date of the enactment of the law.

Grantor retained annuity trusts (GRATs), a type of gift trust created by statute, currently allow taxpayers to create short-term trusts to pass future income and appreciation in value from assets to children or others with little or no gift tax cost at the end of the term of the trust. The Sanders bill limits the practical utility of GRATs by effectively imposing a minimum 10-year term on the trust. The bill would also preclude taxpayers from “zeroing out” transfers to GRATs, thereby requiring use of gift tax exemption or payment of gift tax to fund a GRAT. These changes would apply to transfers made after the date of the enactment of the law.

Further, the Sanders bill would also change existing law under which grantors of trusts can continue to pay the income tax on income or gain generated by assets after the grantor transfers assets to trust. Currently, these tax payments are not considered taxable gifts to the trust beneficiaries (and thus allow the trust assets to grow for the beneficiaries without reduction for taxes). Under the Sanders bill, the portion of a trust over which a grantor retains certain powers that cause the grantor to be personally liable for income tax now also could be subject to estate tax in the grantor’s estate at death. Further, if a grantor relinquishes these so-called grantor trust powers during the grantor’s lifetime, thereby causing the trust to pay its own income taxes going forward, then the grantor also may be treated as having made an additional taxable gift to the trust. These changes would be effective for all trusts created on or after the enactment of the Sanders bill, to contributions made to trusts after the enactment of the bill regardless of a trust’s creation date, and to certain portions of trusts created before the bill’s enactment.

In his written summary of his new tax law proposal, Senator Sanders listed 657 billionaires in America, claiming more than one-half of their combined net worth would be paid in taxes under his plan.

The Estate Planning and Trust & Estates practice group at K&L Gates is following this tax legislation closely. If you have any questions, please contact us to discuss your personal planning situation. 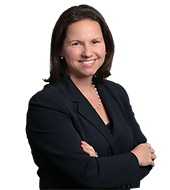