In September 2019 Qatar issued Law No. (20) of 2019 (Law 20) on combating money laundering and terrorism financing which replaces Law No. (4) of 2010. Law 20 reflects the work of the Qatar Central Bank along with ministries and governmental agencies that constitute the National Anti-Money Laundering and Terrorist Financing Committee to reform and update Qatar's anti-money laundering and terrorism financing regulatory framework to bring it in line with the highest global standards including those of the Financial Action Task Force (FATF).

Law 20 applies to both financial institutions and designated non-financial businesses and professions (DNFBPs) operating in the State of Qatar, the latter of which are defined by the type of business/ profession and the activities in which that business or profession engages.

The Qatar Financial Centre Regulatory Authority (QFCRA) which regulates financial institutions and DNFBPs operating in the Qatar Financial Centre has implemented Law 20 through the recently issued new Anti-Money Laundering and Combating the Financing of Terrorism Rules 2019 (the QFC AML/CFT Rules 2019). The QFC AML/CFT Rules 2019 are stated to come into force on 1 February 2020. The current Anti-Money Laundering and Combating Terrorist Financing Rules 2010 will be repealed from that date.

The existing Anti-Money Laundering and Combating Terrorist Financing Rules 2010 while drafted in accordance with Law No. (4) of 2010 have been frequently updated to align with the FATF global recommendations and standards and accordingly did already reflect many of the changes now being made by Law 20 with respect to State based financial institutions and DNFBPs. The new QFC AML/CFT Rules 2019 therefore amend specific matters required to reflect certain of those changes highlighted in this article including amendments specifying measures for persons on terrorist lists, enhanced customer due diligence and to ensure that new products and technologies (including those relating to financial instruments) fall within the scope of the legislation.

Widened Scope of Law 20
The anti-money laundering predicate offences have been expanded from those in Law (4) of 2010 with a more general approach taken rather than providing for a specific list of offences.

Terrorist Acts are now defined by reference to Law No. (3) of 2004 on combating terrorism as such law has been amended by Decree Law No. (11) of 2017 and Law 20 provides for a broader interpretation of terrorism financing.

While this article focuses on those provisions of Law 20 which are of direct relevance to financial institutions and DNFBPs, it should be noted that Law 20 also makes changes to the operation of certain government coordination bodies, for example the National Anti-Money Laundering and Terrorist Financing Committee is now required to collect and analyse data from regulators for use in the National Risk Assessment and other anti-money laundering/ counter terrorism financing strategies.

Risk-Based Approach
One of the key changes that Law 20 introduces is the explicit requirement set out in Article (7) for all financial institutions and DNFBPs to adopt a risk-based approach to anti-money laundering and counter terrorism financing risks and to carry out a risk assessment. The risk-based approach may be adopted in respect of, amongst other aspects of a financial institution or DBFBP's anti-money laundering/ counter terrorism financing obligations, customer due diligence and systems and controls. However, the risk-based approach specifically does not apply to maintenance of records and the reporting of suspicious transactions.

Customer Due Diligence
Article (10) of Law 20 requires financial institutions and DNFBPs to carry out customer due diligence in certain circumstances including when a business relationship is established. Article (11) of Law 20 provides details of the due diligence requirements:

In addition to the above, Article (13) of Law 20 applies a requirement for enhanced customer due diligence where there is a heightened risk of money laundering/ terrorism financing activities or if the transaction involves politically exposed persons or customers resident in or incorporated in higher risk jurisdictions.

Risk Assessment
Article (7) of Law 20 requires financial institutions and DNFBPs to carry out risk assessments and develop, monitor and keep updated risk-based internal policies, procedures and controls that are commensurate with its risk profile based on country, client and transaction risks. In addition, any transactions or operations including any attempted transactions or operations which might reasonably be considered suspicious for reasons of money laundering or terrorism financing must be reported to the Financial Information Unit within three days of concluding suspicions. Record keeping requirements have also been increased to ten years (from the end of the business relationship or conclusion of the transactions), the previous requirement was five years. The QFC AML/CFT Rules 2019 are also amended to reflect this enhanced period of record keeping.

Sanctions
Law 20 requires financial institutions and DNFBPs to have appropriate systems and controls to ensure that they comply with both Qatari and United Nations sanctions.

Enforcement
Article (44) of Law 20 provides for enhanced enforcement rights and supervisory penalties for any non-compliance with anti-money laundering or terrorism financing regulations, these include:

Politically Exposed Persons (PEPs)
A significant change of Law 20 is that there is no longer a distinction made between foreign, domestic and international organisational politically exposed persons, previously Law No. (4) of 2010 only applied to those who were in a foreign country or state. Accordingly, customer due diligence procedures and risk assessment will need to be applied to identify and assess all foreign, domestic and international politically exposed persons. Fines and imprisonment are amongst the penalties for concealing or assisting in concealing the status of a politically exposed person. The revised classification of PEPs is also reflected in the QFC AML/CFT Rules 2019.

Implementing Legislation and Guidelines
Implementing legislation for Law 20 and further regulations and guidelines from industry regulators and supervisors will be required to address procedures such as staff training and system reviews and appraisals which Law 20 does not specifically address even though the broader risk-based internal policies, procedures and controls would require training and review.

Individual supervisors/ regulators may also apply any additional penalties that they are authorised to impose.

Conclusion
In light of its upcoming FATF assessment, Law 20 is a welcome and timely step in raising Qatar's standards of anti-money laundering and combating the financing of terrorism to those required by FATF. This has been commended as a positive development in addressing concerns raised in previous FATF assessments and on a wider geo-political level. 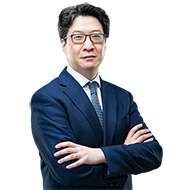