Remicade® Update: Passing Up Your Chance to Dance Can Increase Damages

The parties had requested Judge Wolf’s guidance to facilitate their settlement discussions.  Judge Wolf granted their request and identified the factual circumstances in which Janssen would be entitled to lost profits and the circumstances in which it could recover only a reasonable royalty, pursuant to the Biologics Price Competition and Innovation Act (“the BPCIA”).

Background
Celltrion filed an abbreviated Biologic License Application for Inflectra®, a biosimilar of Janssen’s biologic drug product Remicade® (infliximab).  On March 6, 2015, Janssen sued Celltrion for infringement of six patents, including the ’083 patent, and for violations of the BPCIA.  Leading up to the litigation, however, Celltrion did not participate in the information exchange contemplated by the BPCIA in 42 U.S.C. §§ 262(l)(4)–(5), known as the “patent dance.”  The U.S. Food and Drug Administration (“FDA”) approved Celltrion’s biosimilar, Inflectra®, on April 5, 2016, and Celltrion began marketing Inflectra® in the United States in January 2017.

Prior to the Court’s guidance, Janssen and Celltrion had been discussing settlement, but those discussions were stymied by disagreements regarding the legal framework for damages.  The disagreements arose in part from Janssen’s theory of infringement.  Specifically, the parties agree that Celltrion’s biosimilar product, Inflectra®, does not itself infringe any U.S. patent.  Instead, Janssen asserts that Celltrion infringes because its agent produces a culture media in the United States that is covered by the ’083 patent.  (That culture media is ultimately used abroad to produce Inflectra®).  The fact that Inflectra® does not infringe any U.S. patent created disputes as to whether its sales within the United States were an appropriate measure of damages.  The parties also disagreed as to whether Janssen could recover lost profits for its U.S. sales of Inflectra®, or instead, is limited to a reasonable royalty.

On the first and third issues, Judge Wolf recounted that a plaintiff generally is entitled to “reasonably foreseeable lost profits” that it would have made “but for” the defendant’s infringement.[2]  Reconstruction of the “but for” market must, however, take into account adequate alternatives available to Celltrion.[3]  For example, if Celltrion could have made its competing drug Inflectra® (at a competitive price and on a comparable schedule) using noninfringing culture media, then lost profits are not available, and Janssen’s damages would be limited to a reasonable royalty.[4]  Thus, the availability of lost profits turns on whether Celltrion could have switched to a noninfringing culture media as of the date of first infringement.[5]  Judge Wolf also noted that Celltrion may have engaged in other infringement—not directly and causally linked to lost sales—and it is entitled to a reasonable royalty for that infringement, but not lost profits.[6]

On the second issue, Judge Wolf stated that Janssen could recover lost profits, even though it produces Inflectra® abroad, so long as Janssen proves that U.S. sales of Inflectra® could not have been made without the production and sale of the infringing culture media in the United States.[7]  Judge Wolf distinguished the Federal Circuit’s Power Integrations v. Fairchild Semiconductor holding that the presumption against extraterritorial application of U.S. patent laws prevents recovery of damages for foreign activity.[8]  He noted that Power Integrations involved sales abroad, but here, both the alleged infringement of the ’083 patent and sales of Inflectra®—the damages-measuring product—occurred in the United States.[9]  Moreover, even though Remicade® is not covered by a U.S. patent at this point (Judge Wolf held the relevant patent invalid earlier in the case[10]), Janssen remains entitled to lost profits if Celltrion makes the damages-measuring product using a method or product, in the United States, that infringes the ’083 patent (i.e., the culture media Celltrion used in the United States), and could only have captured U.S. sales by infringing the ’083 patent.[11]

On the fourth issue, Judge Wolf held that the damages-limiting provision of the BPCIA, codified at 35 U.S.C. § 271(e)(6), would not limit Janssen’s damages award to a reasonable royalty if the pending cases are dismissed without prejudice for lack of standing.[12]  Under 42 U.S.C. § 262(l)(6), the patent owner must bring a lawsuit within 30 days following the patent dance (i.e., the full negotiation and/or dispute resolution process of the BPCIA in 42 U.S.C. §§ 262(l)(4)–(5)).  Celltrion contended that if the case were dismissed, Janssen could not file a new case within the 30 days following the parties’ patent resolution negotiations under 42 U.S.C. § 262(l)(4), which took place in 2015.  Janssen’s failure to meet that requirement, according to Celltrion, would limit damages to a reasonable royalty under 35 U.S.C. § 271(e)(6)(A) & (B).[13]  Judge Wolf, however, noted that the 35 U.S.C. § 271(e)(6) damages limitation only applies if the parties complied with 42 U.S.C. §§ 262(l)(4)–(5), by completing the patent dance, and found that Celltrion did not do so.[14]  Thus, Celltrion cannot rely on 35 U.S.C. § 271(e)(6)(B) to limit damages to a reasonable royalty.[15]  Judge Wolf interpreted the BPCIA as requiring the alleged infringer to “comply with each step of the BPCIA process in order to limit the patentee to a reasonable royalty if it does not sue within 30 days of the end of that process.”[16]  He reasoned that this procedure is intended to expedite litigation by clearly identifying the patents to be litigated.[17]  Accordingly, if the parties do not complete the process under 42 U.S.C. §§ 262(l)(4)–(5), there is no clear list of patents in dispute and no basis under § 271(e)(6)(B) for limiting to reasonable royalty damages.  Although Celltrion began the patent dance process, Judge Wolf explained that “a reasonable fact-finder could not conclude that Celltrion engaged in the good-faith negotiations required by the BPCIA,” and it therefore did not complete the process and cannot take advantage of the BPCIA’s damages limitation in § 271(e)(6)(B).[18]

After Judge Wolf issued his guidance, Celltrion tried to reinitiate the patent dance with Janssen.[19]  Celltrion contended that it was not too late to restart the patent-dance, but Janssen disagreed, noting that “litigation had commenced more than two years before, that discovery in [the prior lawsuit] was long since closed, and that the liability phase of the 083 litigation is trial ready.”[20] Celltrion then contended that Janssen must initiate a new lawsuit within 30 days to avoid forfeiting the right to seek lost profits.[21]  Janssen disagreed, but in the interest of preserving all of its rights, it initiated a new lawsuit on May 31, 2017, in an apparent effort to ensure that the limitation of remedies in 35 U.S.C. § 271(e)(6)(B) will apply even if the district court concludes that Celltrion could restart the patent dance.

Looking Forward
Judge Wolf’s guidance regarding damages and extraterritoriality is a relatively straightforward application of recent Federal Circuit law.  His ruling regarding the BPCIA is interesting, however, because it clarifies the importance of the patent dance in limiting damages.  When deciding whether to participate in the patent dance, biosimilar manufacturers should take note of Judge Wolf’s guidance that completing the negotiation process in good faith, and using the dispute resolution procedures if necessary, are mandatory if the biosimilar manufacturer seeks to limit damages to a reasonable royalty under the BPCIA.  K&L Gates will continue to monitor this case and send updates regarding developments. 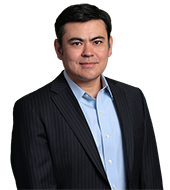