A series of high-profile antitrust enforcement events have rippled through the internet sector in China. In this alert, we provide an overview of these events and our observations on possible impacts on market competition.

The Buildup and Chronology of Events

On 2 January 2020, the State Administration for Market Regulation (SAMR) released a draft amendment bill (Draft) to the Anti-Monopoly Law (AML). This is the first-ever set of amendments proposed for the AML since the law took effect on 1 August 2008. One critical change under the Draft is to increase the maximum penalty for merger control filing violations from RMB500,000 (about US$75,000) to an amount equivalent to 10 percent of the revenue of the prior fiscal year of the violator. However, the Draft does not provide particulars on the calculation of “revenue” for the purposes of merger control filing thresholds. It is widely anticipated that the Draft will become law later this year.

On 16 July 2020, SAMR announced its unconditional approval for the Mingcha transaction (see our prior Alert). This was the first merger control filing that involved a variable interest entity (VIE) structure – a structure that SAMR has never reviewed. Importantly, prior to the Mingcha transaction, very few (if any) transactions involving a VIE structure have ever been filed with SAMR. The Mingcha filing and approval signify, indirectly, that SAMR is open to accepting and reviewing pre-merger control filings of transactions purely from a competition law perspective, without regard to the potential implications that may arise from the legitimacy considerations of a VIE structure.

On 11 December 2020, the China Central Economic Work Conference announced that China will “intensify antitrust supervision and prevent the disorderly capital expansion,” as presided over by Chinese President Xi Jinping.

On 7 February 2021, SAMR promulgated the Antitrust Guidelines on the Sector of Platform Economy (Guidelines), which took effect immediately upon promulgation. The term “platform” under the Guidelines generally refers to an internet platform under which interdependent market participants interact through transaction matching, information exchange, and other internet platform services. Notably, the Guidelines:

On 12 March 2021, SAMR made public another 10 cases of violations and fines, where 12 Chinese technology companies were fined RMB500,000 (about US$75,000) for their failure to make merger control filings, in violation of the AML.

On 30 April 2021, SAMR announced that it had penalized another nine technology companies for failure to make merger control filings, which is in violation of the AML. It was further reported that SAMR has been expanding its enforcement team for antitrust violations.

Separately, on 24 December 2020, SAMR announced that it had launched an investigation into Alibaba for, among other things, an abuse of market dominance. This signifies that SAMR is prepared to expand enforcement actions more broadly than upon the basis of merger control consideration. On 10 April 2021, SAMR fined Alibaba RMB18.2 billion (about US$2.8 billion), or about 4 percent of Alibaba’s 2019 revenue in China for abuse of market dominance. This is the largest fine ever imposed in the history of China’s antitrust enforcement.

Prior to December 2020, there were very few well-known antitrust enforcement actions against any company in the Chinese internet sector. In the past decades, Chinese internet companies have grown exponentially, with sector consolidation occurring at the same time. Meanwhile, China continued to promote and act upon delivering a more open, efficient, and competitive market. With respect to the merger control filings, SAMR and the law have now made it clear that:

As can be seen above, the fines that SAMR is now imposing on violators are significant. When the Draft becomes law, SAMR can impose fines based on the violator’s prior-year revenues.

It is anticipated that the recent antitrust enforcement activities in China’s internet sector will continue in order to facilitate competition and strengthen the level of supervision and control of SAMR over Chinese technology companies.

Active stakeholders in the Chinese internet sector should take note of such recent developments and their potential impact over its businesses and strategies. 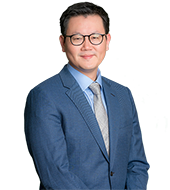 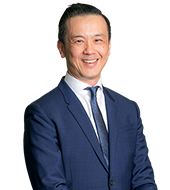 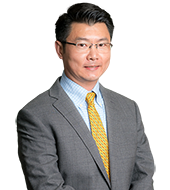