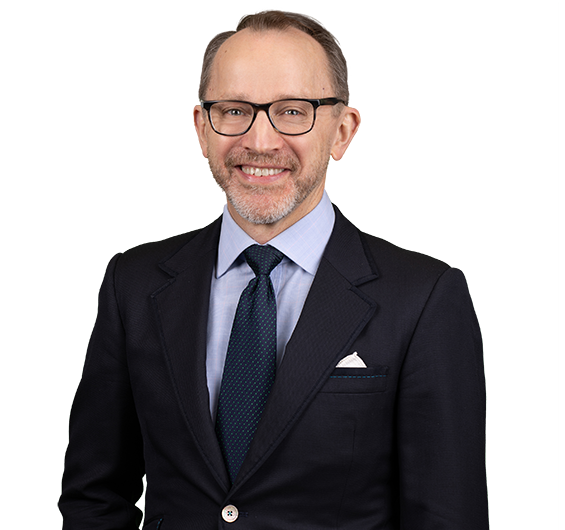 Robert Honeywell is a partner at the firm's New York office and a member of the Restructuring and Insolvency practice group. He has three decades of experience in bankruptcy litigation and structured finance transactions. His litigation practice centers on New York and Delaware Chapter 11 bankruptcy cases — with a focus on representing foreign (non-U.S.) creditors in U.S. bankruptcies and defending them against bankruptcy clawback suits — and has included appeals before the Southern District of New York and the Second Circuit Court of Appeals. His transactions practice includes providing deal structure advice and closing opinions to protect against potential bankruptcy challenges later (for example, for recharacterization, true sale/off-balance-sheet challenges, substantive consolidation, or fraudulent transfer). Special areas of expertise have included representing aircraft lessors and lenders in Chapter 11 cases filed by foreign air carriers in New York (including Avianca, Aeroméxico and LATAM), and representing investment funds and brokerage customers in recovering their assets in broker-dealer bankruptcies (including Lehman Brothers).

Robert originally practiced for several years in Houston (his hometown), and has made New York City his home since 1997. Prior to joining the firm, he served as the chair of the restructuring and insolvency practice at an international law firm.

Recent successes include obtaining a judgment in New York federal court (Southern District) against an international bank for breach of its duty to honor a letter of credit securing an aircraft finance facility. Prior successes include the successful restructuring of an equipment finance company (as debtor’s counsel), the first restructuring of Avianca airlines (as creditors’ committee counsel), and the dismissal or consensual settlement of multiple bankruptcy clawback suits. He is currently active in defending against clawback claims in the Sears bankruptcy, and in prosecuting safe harbor defenses against clawback for Islamic finance contracts in the Middle East.

Robert is a member of the American Bankruptcy Institute (ABI) and INSOL International. He is also active in efforts to expand broadband to underserved communities in upstate New York, and serves as a board member of The Brick Theater, an experimental performance space in Williamsburg, Brooklyn.