Rocky Mountain Low? Implications of the Settlement of Colorado's Challenge to Partnerships Between Banks and Marketplace Lenders

The impact of state usury laws on marketplace lending has been an area of concern since the inception of the industry. In a technique borrowed from the payday lending industry, online platforms that make unsecured consumer loans have to a significant degree relied upon the bank-partnership model in loan originations and acquisitions to obtain federal preemption and apply rates above state usury limits.  Some online lenders borrowed the “rent-a-charter” model from the payday-lending industry to sidestep state usury laws under federal preemption doctrines.

That business model was called into question by the 2016 decision of the Second Circuit Court of Appeals in Madden v. Midland Funding1.   Together with the refusal of the United States Supreme Court to grant certiorari, that case created uncertainty for online consumer credit platforms that continues to play out today.  Indeed, as detailed below, the core issues in the litigation that has followed Madden is whether state-chartered banks that originate loans in partnerships with online consumer lending platforms are  the “true lenders” of those loans and whether non-bank secondary market investors funding or acquiring those loans could rely on the “valid when made doctrine.”

The “True Lender” and “Valid-When-Made” Doctrines After Madden

The “true lender” concept is often convoluted. The concept has been used to determine whether a loan, that was functionally underwritten and funded by a non-bank lending platform acting through a bank, is considered to have been made by the non-bank lender or by the bank.  If the true lender is the bank, the loan may be largely exempt from state usury laws under federal preemption doctrines that are uniquely available to certain categories of banks. The partnership between a bank and a marketplace lender, which is a fairly common one in fintech-powered lending, often raises concerns as to whether the bank or the marketplace lender qualifies as the “true lender” under the loan. The distinction is paramount as it dictates whether state-law interest and fee limits apply. Marketplace lenders and nonbanks are subject to state laws, whereas banks enjoy either federal preemption or the ability to export their interest rates to other states. Therefore, when a loan is originated through a bank and eventually transferred to a marketplace lender, there are several questions as to whether laws applicable to banks apply, or whether state law rules applicable to non-banks apply.

The companion “valid when made” doctrine is effectively an interest rate exportation right that permits a loan validly originated by a bank to be assigned without regard to usury restrictions that might otherwise apply.  Under the “valid when made” doctrine, permissible interest on a loan that was made by a national bank or federal thrift (regulated by the Office of the Comptroller of the Currency, or OCC) or insured state-chartered bank (regulated by its state banking regulators and the Federal Deposit Insurance Corporation, or FDIC) remains valid when the loan is transferred or sold to a non-bank investor, even if the rate exceeds usury limits that would be applicable to a loan originated by a non-bank.

In response to the Madden decision, the OCC in May 2020 and the FDIC in June 2020 issued substantively identical final rules to codify the “valid when made” doctrine.  Under those rules, interest on permissible loans originated by a covered bank “shall not be affected by the sale, assignment, or other transfer of the loan.”2   The OCC final rule and the FDIC final rule codify the long-standing position of each agency that that a national bank or federal thrift (in the case of the OCC) or an insured state-chartered bank (in the case of the FDIC) may enter into a loan contract, charge interest at the maximum rate permitted in the state where it is located, and subsequently assign the loan to any category of investor without the risk that the loan will be subject to any other state’s usury laws.  In addition, in July 2020 the OCC proposed a “true lender” rule to determine when a national bank or federal savings association is considered to be the maker of a loan in the context of a partnership between a bank and a third party, such as a marketplace lender. 3

These doctrines were central to two lawsuits filed in 2017 by the administrator of the Colorado Uniform Consumer Credit Code to challenge loan origination partnerships between marketplace lending platforms and FDIC-insured state-chartered banks that made loans to Colorado consumers online. One partnership involved Marlette and Cross River Bank, a New Jersey-chartered bank, and the other was between Avant and WebBank, a Utah-chartered bank. The complaint in each case contended that the marketplace lender could not enjoy the privileges of federal preemption and avoid state-law issues when the loan is transferred over from the bank because the platform and not the bank was the “true lender” of the loans.4  In the Colorado administrator’s view of the law, a lender must “bear the predominant economic interest in the loans” in order to qualify as a true, originating lender.  Therefore, even if the federal preemption could transfer over when Marlette and Avant took on the loans from Cross River Bank and WebBank, respectively, those banks did not qualify as the true, originating lenders under this theory because they did not bear the predominant economic interest in the loans.  The Colorado administrator also alleged that the loans as originated were in violation of Colorado’s usury laws governing consumer loan agreements with Colorado consumers. Finally, it alleged that because Avant and Marlette are not banks, they (and their investors) could not rely on the “valid when made” doctrine under the rule of Madden.5

The defendants argued that WebBank and Cross River Bank, rather than Marlette and Avant, were the respective “true lenders” of the loans funded on those programs. Because WebBank and Cross River Bank are state-chartered banks whose deposits are insured by the FDIC, the defendants argued that that the Colorado usury laws are preempted by federal law and, furthermore, that the assignment of the loans does not affect the ability of the assignee to enforce the loans on their original terms as a matter of Colorado state law or as a matter of federal law, including under final regulations adopted by the FDIC and OCC during the pendency of this litigation, which were adopted for the express purpose of clarifying existing law.  After three years of dispositive motions and jurisdictional challenges, the parties settled apparently in order to bring closure to a lengthy process that did not seem about to end, particularly as it became clear that the  new FDIC and the OCC rules would be challenged.

The settlement terms of the Colorado cases shed some light into the requirements that state regulators (at least in Colorado) insist must be followed in order to avoid the “true lender” complications. The settlement terms require the banks and the market lenders to follow guidelines regarding bank oversight, loan disclosure, licensing, and other criteria, such as ensuring the interest rate does not exceed a safe-harbor cap of 36 percent, and a requirement for the marketplace lenders to provide their own funding for the loans. Marketplace lenders can enjoy a legal safe harbor in Colorado, if they comply with a ban on loans with annual percentage rates higher than 36 percent, as calculated under the Truth in Lending Act and its implementing regulation, Regulation Z.

In addition, all loan agreements for specified loans must provide that Colorado law applies, except where otherwise preempted or authorized by federal law, including any “interest” terms that are permitted under Section 27 of the Federal Deposit Insurance Act (12 U.S.C. § 1831d). Under the settlement terms, the bank partners can also require the marketplace lenders to maintain cash collateral at a certain level to secure obligations of the marketplace lender relating to the entire program, not just specified loans. The collateral required by the bank may either be in the form of cash collateral held at the bank itself, cash collateral held in an account at another bank, or a letter of credit or similar mechanism. The settlement builds on previous developments following the decision in the Madden case when some prominent marketplace lenders and their partner banks reportedly revised their business relationship to address the concerns highlighted by that decision by enhancing the bank’s underwriting of the loan, exposure to the credit, and ongoing relationship with the borrower.

Almost simultaneously with the Colorado settlement, the Attorneys General from New York, California, and numerous other states filed suit against the FDIC to challenge the FDIC’s rule codifying the valid-when-made doctrine. The Attorneys General stated that the rule “is beyond the FDIC’s power to issue, is contrary to statute, and would facilitate predatory lending through sham ‘rent-a-bank’ partnerships designed to evade state law.” [CITE] California, Illinois, and New York filed a similar suit in July 2020 challenging the OCC’s valid-when-made doctrine and echoed the same concerns raised again in the FDIC lawsuit, with one principal difference. The FDIC lawsuit asserts that the FDIC rule is in conflict with the meaning of 12 U.S.C. § 1831 (Section 27 of the Federal Deposit Insurance Act), which preempts state interest-rate caps as applied to FDIC banks. Consequently, it appears that the analysis of usury laws affecting marketplace lenders will continue to be state-by-state.

The Colorado settlement is an additional guidepost that can help online lenders address compliance with state usury laws. Although Colorado’s settlement terms are unique and only apply to particular partnerships in Colorado, the settlement supplements previous steps taken by other marketplace lenders to determine when a loan originated by a bank in partnership with a marketplace lender will be considered to have been originated by the bank and, therefore, subject to federal preemption under the true lender doctrine. The solution is often state-specific, requiring banks and marketplace lenders to tread carefully across jurisdictions, unless the rules imposed by the OCC and the FDIC are upheld or Congress enacts new laws to codify the usury preemption doctrines.

3 National Banks and Federal Savings Associations as Lenders, 85 Fed. Reg. 44233 (July 22, 2020) (proposed OCC rule). Under this proposal, a bank is considered to make a loan if, as of the date of origination, it is named as the lender in the loan agreement or funds the loan.

5 Although the loans were held in trusts for which a national bank acted as trustee, the Colorado administrator did not appear to consider this structural feature to be dispositive. 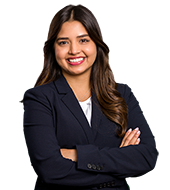