On December 21, 2017 the U.S. Securities and Exchange Commission (the “SEC”) published a settlement order [1] with TPG Capital Advisors, LLC (“TPG”) arising from insufficient disclosure regarding the acceleration of monitoring fees paid by portfolio companies owned by private equity funds under TPG’s management. The settlement order follows several recent SEC enforcement proceedings alleging failures by private equity managers to adequately disclose fee practices and other conflicts of interest to fund investors. While the order against TPG is similar in many respects to these recent proceedings, private equity managers should take note of the SEC’s positions in the order, particularly the ability, or lack thereof, of limited partner advisory committees (“LPACs”) to review and approve conflicts of interest.

The TPG Settlement
At issue in the order was TPG’s practice of accelerating monitoring fees charged to portfolio companies of TPG-advised private equity funds for consulting and advisory services provided to the portfolio companies. Pursuant to each fund’s management agreement with TPG, management fees paid by the funds’ limited partners (“LPs”) were offset a negotiated percentage — between 65% and 75% — of the monitoring fees.

According to the order, TPG disclosed its practice of entering into monitoring agreements with portfolio companies in its funds’ private placement memoranda, limited partnership agreements, and in management agreements; but the funds’ formation and offering documents did not disclose TPG’s rights under certain monitoring agreements to accelerate the fees due to TPG under those agreements upon certain triggering events, including a fund’s exit from the portfolio company. While TPG’s receipt of the accelerated monitoring fees was disclosed in its Form ADV filings, [2] as well as in reports to funds’ LPACs, these disclosures were provided only after LPs had made capital commitments to the funds. Based on these facts, the SEC alleged that, from at least January 2012 through April 2015, TPG failed adequately to disclose or obtain the consent of the funds to its receipt of accelerated monitoring fees. The order also stated that TPG failed to adopt or implement adequate written policies or procedures to address conflicts of interest associated with the undisclosed receipt of fees.

The SEC charged TPG with violating Sections 206(2) and 206(4) of the U.S. Investment Advisers Act of 1940, as amended (the “Advisers Act”), and Rules 206(4)-7 and 206(4)-8 thereunder. Without admitting or denying the SEC’s findings in the settlement order, TPG agreed to pay approximately $9.8 million in disgorgement and pre-judgment interest and another $3 million in civil penalties.

The Settlement in the Context of Related SEC Actions
The TPG settlement order extends a line of recent SEC enforcement actions against private equity managers alleging undisclosed fee and expense allocation practices and other undisclosed conflicts of interest. In October 2015, the SEC announced a $39 million settlement related to charges that a private equity manager failed to fully inform investors about benefits it received from accelerated monitoring fees. [3] In August 2016, the SEC entered into a $52.7 million settlement with another manager for alleged failure to adequately disclose the acceleration of monitoring fees upon the sale or initial public offering of portfolio companies (the “Apollo Order”). [4] The following day the SEC announced a settlement with another manager, alleging failure to disclose to funds and their investors certain fee allocation practices that resulted in the funds paying the manager approximately $10.4 million in additional, undisclosed management fees from 2001 to 2011. [5] Also in 2016, the SEC entered into a settlement with a private equity manager stemming from the manager’s failure to disclose conflicts of interest related to fees and expenses charged to funds under its management, and other undisclosed benefits. [6] In light of these and other recent actions, the settlement with TPG should be viewed as only the latest example of the SEC’s efforts to increase transparency and adherence to fiduciary duties — specifically in the private equity industry — using enforcement proceedings as its favored tool.

Practical Considerations for Private Equity Managers
Disclosure and Consent During the Life of a Fund: The order hinges, in part, on the fact that TPG fully disclosed its monitoring fee acceleration practices in Form ADV and in reports to the funds’ LPACs only after LPs committed capital to the funds. As in the Apollo Order, the SEC considered this disclosure deficient because it was not available to prospective investors when they were deciding whether to invest in TPG’s funds. However, unlike the Apollo Order, the order states that the funds’ limited partnership agreements give their respective LPACs the ability to object to (perhaps even to approve) TPG’s receipt of accelerated monitoring fees, but that the committees did not do so. Notwithstanding this authority, the SEC appears to have taken the position that presenting the fees to the LPACs at the time they were taken could not be considered informed consent of the fund and its LPs. Given the order, the Apollo Order, and the SEC’s focus on pre-closing disclosure, it remains an open question whether prior approval or after-the-fact ratification by LPACs or other representatives of LPs’ interests would have influenced the SEC’s decision in this case and would inoculate similarly situated private equity managers against Advisers Act violations.

Generally speaking, investment advisers must disclose all material facts regarding conflicts of interest to ensure that an advisory client can make informed decisions about whether to enter into an advisory relationship, and how best to manage the relationship to protect itself against the conflicts. [7] Full disclosure to LPACs and other LP representatives of a manager’s fee practices allow these groups to manage ongoing conflicts between a fund and its manager, but whether disclosure of a conflict was sufficient to allow an investor to make an informed decision to subscribe to a fund will necessarily depend on the disclosure that was made to the investor at the time of the investment. In light of this tension, private equity managers should consider reviewing existing fund documents (and drafting future documents) to ensure they (i) provide detailed disclosure regarding all reasonably foreseeable actions the manager may take with respect to fee allocations, acceleration, and other conflicts of interest; and (ii) expressly authorize an LPAC or other independent party to review and approve conflicts that arise during the life of a fund.

Adequate Written Policies and Procedures: The order also charges TPG with a failure to adopt policies and procedures sufficient to address the disclosure and consent issues arising from its acceleration of monitoring fees. The SEC does not state what these procedures should entail, but given the order’s focus on the timing of disclosure relative to LPs’ investments and limited LPAC review of the fee acceleration practices, private equity managers should consider preparing policies and procedures that expressly address both topics.

Fee Offsets: The order notes that the funds’ management agreements provided for partial offsets of the management fees paid by LPs to TPG, ranging from 65% to 75% of the total monitoring fees paid by portfolio companies. The degree to which a total fee offset — setting off all monitoring fees, accelerated or otherwise, against the management fee — would mitigate or cure any conflict-of-interest disclosure issues under the Advisers Act is also unclear. [8]

[2] The order did not clarify whether TPG’s Form ADV was distributed to limited partners of the funds under its management. 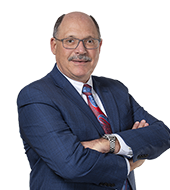