Banks and trust companies maintaining collective investment funds (CIFs) took notice when the U.S. Securities and Exchange Commission (SEC) announced enforcement proceedings on 30 September 2020 against Great Plains Trust Company, Inc., a Kansas state-chartered trust company (Great Plains).1 In a “bad facts; bad outcome” situation, the SEC found that Great Plains operated its CIFs as unregistered investment companies in violation of the Investment Company Act of 1940 (1940 Act) and the Securities Act of 1933 (1933 Act). Specifically, the SEC concluded Great Plains failed to satisfy the requirements of 1940 Act exclusions and corresponding 1933 Act exemptions (collectively, Exemptions) for CIFs “maintained by a bank.”2 According to the SEC, the primary issue stemmed from Great Plains’ failure to “exercise substantial investment authority” over the CIFs.

The SEC also asserted that Great Plains could not rely on the Exemptions for its common trust funds for the additional reason that those funds consisted principally of revocable trusts and were advertised to the general public as investment vehicles.

For context, the SEC’s order in the Great Plains proceedings should be read together with the separate enforcement action against Great Plains’ affiliated (commonly owned) registered investment adviser, Kornitzer Capital Management (Adviser), announced approximately nine months earlier.3  The SEC in that case sanctioned the Adviser for violations of the Investment Advisers Act of 1940 relating to some of the same CIFs, including the Adviser’s failure to follow CIF investment guidelines and Great Plains’ directions related thereto.

These actions do not further define the term “maintained by a bank” or what it means to “exercise substantial investment authority;” however, they are an important reminder of the importance of these terms, and an opportunity, for banks maintaining CIFs, as well as investment advisers retained to provide advisory services to CIFs, to review their current processes, policies and procedures to confirm that they provide an adequate structure to maintain compliance with the Exemptions.

“Maintained By a Bank”

The Great Plains action marks the first time since 2006 that the SEC has published a formal interpretation of the “maintained by a bank” requirement of the Exemptions. The action also is noteworthy for an SEC commissioner’s dissent (Dissent), which questioned whether enforcement action, rather than issuing interpretative guidance after working with state and federal banking regulators regarding what it means to be “maintained by a bank,” was the appropriate means to address the SEC’s concerns, particularly given the lack of clear regulatory guidance on the subject.4

There is nothing in the Exemptions themselves or their legislative histories that mandates a particular level or type of investment activity for a bank maintaining a CIF. The SEC, on the other hand, through releases, no-action letters, and various other pronouncements of its staff, some dating back to the 1970s, has taken the position that a bank “maintaining” a CIF must exercise investment responsibility at a level sufficient to be subject to regulation by the banking regulators. In its 1980 release on employee benefit plans,5 the SEC staff stated that, in order to “maintain” a CIF, a bank must exercise “substantial investment responsibility” over the CIFs and that a bank would not satisfy the requirement if it acts merely in a custodial or similar capacity. Citing earlier no-action letters, the SEC staff noted that a bank could retain an investment adviser to assist it in managing a CIF, but “the final decision whether or not to invest must be made by the bank.6

The SEC found that Great Plains failed to meet the standard of exercising substantial investment responsibility over the Funds, thereby disqualifying Great Plains from relying on the Exemptions. In settling the matter, Great Plains paid a $300,000 civil penalty and was issued a cease and desist order. The dissenting commissioner issued a public statement (a highly unusual event) criticizing the use of enforcement to address the SEC’s concerns. The commissioner noted the “enormous amount of uncertainty” as to what constitutes exercising “substantial investment responsibility” over a CIF, especially where a bank employs an investment adviser. According to the commissioner, the SEC instead should have collaborated with bank regulators to provide more definitive guidance as to what banks need to do in order to satisfy the “maintained” requirement.

On these facts, the SEC concluded Great Plains did not satisfy two primary requirements of the common trust fund Exemptions. The requirement that a bank employ common trust funds “solely as an aid to the administration of trusts . . . created and maintained for a fiduciary purpose” was not satisfied because, in the SEC’s view, revocable trusts are “generally not established for a fiduciary purpose.”7 The SEC also concluded the information included on Great Plains’ website violated the Exemptions’ restrictions on common trust fund advertising.8

The scope of any review of CIF management policies and procedures should encompass, in addition to SEC’s interpretations of the Exemptions, pronouncements of other regulatory authorities. These include, primarily, Regulation 9 of the Office of the Comptroller of the Currency, which expressly allows a national bank maintaining a CIF to delegate investment responsibility where it is prudent to do so; state banking laws, which in most cases defer to or are consistent with Regulation 9, U.S. Department of Labor interpretations relating to prohibited transaction exemptions for CIFs under ERISA; and the Internal Revenue Service interpretations relating to common trust funds under Internal Code Section 584.

The persons listed below may be contacted for additional information or assistance. 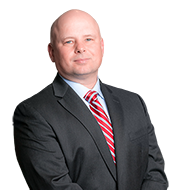 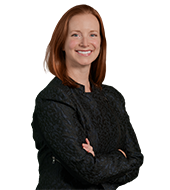