On December 18, 2019, the U.S. Securities and Exchange Commission (“SEC”) proposed amendments to Rule 501(a) of Regulation D promulgated under the Securities Act of 1933, as amended (“Securities Act”), which would expand the definition of “accredited investor” (the “Proposed Rule”). [1]   The Proposed Rule aims to permit a greater number of investors to participate in private offerings by, among other things, formally including knowledgeable employees as accredited investors; broadening the accredited investor definition with respect to certain entities, such as family offices and limited liability companies; and extending the definition of accredited investor to include certain licensed professionals. [2]   Notably, the Proposed Rule does not raise the standards for individual income ($200,000 for an individual, $300,000 for a married couple) or net worth ($1,000,000), which were established in 1982, and which some have argued have been eroded by inflation. [3]

This client alert focuses on the impact of the Proposed Rule if passed as written on private company capital formation in the start-up and emerging growth ecosystem, including angel and venture capital investors that support it.

The Proposed Rule was published in the Federal Register on January 15, 2020, to which comments must be submitted by March 15, 2020.

In 1982, the SEC adopted a series of rules, collectively designated “Regulation D,” which provide certain issuers with safe harbors from the registration and prospectus delivery requirements of the Securities Act.  Rule 506 of Regulation D provides a non-exclusive safe harbor, whereby an issuer that meets the requirements of the rule is deemed to have made an offering exempt from registration under Section 4(a)(2) of the Securities Act.

The Dodd-Frank Wall Street Reform and Consumer Protection Act of 2010 required the SEC to undertake a review of the accredited investor definition every four years.  The existing income and net worth standards in the definition were set in 1982 and some have argued they have been eroded by inflation.  For reference, had these thresholds been adjusted for inflation, the income threshold today would be in excess of $500,000 for individuals ($740,000 for a married couple) and the net worth threshold would be in excess of $2.5 million.  Rather than increasing the financial thresholds, which the SEC recognized would significantly restrict the pool of capital available to private offerings without addressing investor protection issues in a meaningful way, the Proposed Rule includes new criteria that serve as additional proxies for meeting the underlying objectives identified by the U.S. Supreme Court in its 1953 Ralston-Purina decision for defining the class of investors that have sufficient financial sophistication, access to information, or ability to withstand investment loss to justify an exemption from the protection of the Securities Act.

In the Proposing Release, the SEC acknowledged that unregistered offerings under Regulation D, particularly those under Rule 506(b), play a significant role in capital formation in the United States. [7]   An unnecessarily narrow definition would limit investor access to investment opportunities where there may be adequate investor protection given other factors such as investor’s financial sophistication or knowledge and experience in financial matters.  The Proposed Rule is crafted in such a way that the SEC believes balances investor protection considerations while also enlarging the pool of capital available to private issuers and funds.

The Proposed Rule adds new categories to the definition of accredited investor that would permit individuals to qualify as accredited investors based on certain professional certifications, designations, or other credentials, or, with respect to investments in a private fund, based on the person’s status as a “knowledgeable employee” of the fund.

The Proposed Rule also provides a non-exhaustive list of factors for the SEC to consider in issuing an order to include a designation, including whether (1) the credential arises out of examinations administered by a self-regulatory organization or educational institution; (2) such examinations are reasonably designed to demonstrate an individual’s knowledge with respect to securities and investing; (3) the person with the credential can reasonably be expected to have sufficient knowledge to evaluate prospective investments; and (4) the credential is made publicly available.  In addition, the individual would be required to maintain such credentials in good standing, if applicable.

C. ENTITIES QUALIFYING AS ACCREDITED INVESTORS
Additional Qualifying Entities.  The Proposed Rule would expand the types of entities that may qualify as accredited investors under Rule 501(a), add a “catch-all” category for entities with $5 million in investments, clarify the current ownership look-through provision, and permit certain family offices to qualify, as described below.

The Proposed Rule and conforming amendments are consistent with a recent trend to expand investor participation in private offerings, and the Proposing Release notes that the Proposed Rule is “an initial step in a broader effort to consider ways to harmonize and improve the exempt offering framework.”

It is worth noting that the Proposed Rule does not alter the SEC’s existing requirements for how issuers must determine whether investors satisfy the accredited investor criteria, which vary based on which category of Regulation D under which the issuer claims exemption.  For example, for offerings conducted under Rule 506(b), issuers may accept “self-certification” of accredited status from investors, while offerings under Rule 506(c), issuers must take reasonable steps to verify that each investor satisfies the accredited investor requirements. [11]

Many different constituencies in the investment community have a keen interest in the adoption of the Proposed Rule. The SEC acknowledged that the accredited investor definition is a central component of Regulation D and was careful to note that taking too restrictive a position on eligibility could result in a significant constraint on the availability of funding. With the new criteria, the SEC sought to expand the pool of eligible investors for start-ups and collective investment vehicles, such as angel capital and venture capital funds, that support the emerging growth company ecosystem.

1. The proposing release (“Proposing Release”), Amending the "Accredited Investor" Definition, SECURITIES AND EXCHANGE COMMISSION (December 18, 2019), https://www.sec.gov/rules/proposed/2019/33-10734.pdf.
2. The SEC also proposed certain conforming amendments to Rule 215, Rule 163B and Rule 144A under the Securities Act.
3. For reference, had these thresholds been adjusted for inflation, the income threshold today would be in excess of $500,000 for individuals ($740,000 for a married couple) and the net worth threshold would be in excess of $2.5 million.  In 2011, to conform the accredited investor definition to the requirements of the 2010 Dodd-Frank Wall Street Reform and Consumer Protection Act, the SEC amended the net worth test to exclude the value of an individual’s primary residence when determining accredited investor status.
4. Currently, an individual is only an accredited investor if that individual: (1) has income in excess of $200,000 individually or $300,000 with a spouse in the two most recent years preceding the transaction, and must have a reasonable expectation of maintaining that same income level in the current year; (2) has net worth in excess of $1 million, individually or with a spouse, without regard to the value of that individual’s primary home; or (3) is a director, executive officer, or general partner of the private fund or of a general partner of the private fund.  Certain enumerated entities, as provided in Rule 501(a), with over $5 million in assets also qualify as accredited investors, while other entities, such as banks and registered investment companies, qualify without regard to the assets test.
5. Report on the Review of the Definition of “Accredited Investor”, SECURITIES AND EXCHANGE COMMISSION (December 18, 2015), https://www.sec.gov/files/review-definition-of-accredited-investor-12-18-2015.pdf.  In October 2014, the SEC also held a meeting of its Investor Advisory Committee to discuss recommendations from various subcommittees, including recommendations on new standards for the definition of “accredited investor” for natural persons.  See K&L Gates’ client alert: SEC Receives Recommendations on Changes to Accredited Investor Definition, K&L GATES (October 10, 2014), http://www.klgates.com/sec-receives-recommendations-on-changes-to-accredited-investor-definition-10-10-2014/.
6. Concept release on harmonization of securities offering, SECURITIES AND EXCHANGE COMMISSION (June 18, 2019), https://www.sec.gov/rules/concept/2019/33-10649.pdf.
7. The SEC noted that the estimated amount of capital raised under Rule 506 offerings in 2018 was $1.7 trillion compared to $1.4 trillion in registered offerings.
8. The Proposed Rule would incorporate the definition of “investments” from Rule 2a51-1(b) under the 1940 Act.
9. See Concept Release at 57–59.
10. The SEC is seeking comment “on whether amending the accredited investor definition in this manner would provide sufficient investor protections and whether additional limitations on the types or amounts of investments or other conditions may be appropriate.”
11. For more information on the verification standards in Rule 506(c) offerings, see K&L Gates’ client alert: Gary J. Kocher, Reasonable Steps to Verify, K&L GATES (October 9, 2013), http://www.klgates.com/reasonable-steps-to-verify-10-09-2013/ 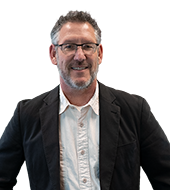