SEC Proposes Amendments to the Advertising Rules for Registered Funds, BDCs, and ETFs

On 5 August 2020, the Securities and Exchange Commission (SEC) proposed amendments to the advertising rules for registered investment companies and business development companies as part of a package of comprehensive modifications aimed at improving fund fee and expense information provided to investors. The proposed amendments would apply to Rules 482, 156, and 433 under the Securities Act of 1933 (Securities Act) and corresponding Rule 34b-1 under the Investment Company Act of 1940 (1940 Act) (the investment company advertising rules). The investment company advertising rules currently limit how investment companies present performance in advertisements, but do not regulate the presentation of fees and expenses. The proposed amendments would require that presentations of fees and expenses in advertisements are consistent with relevant prospectus fee table presentations and provide information as of the date of the fund’s most recent prospectus. Consequently, if the amendments are adopted, investment companies will be required to include gross and net expense figures in all advertisements and supplemental sales literature that include fee and expense disclosure. In addition, fund complexes will need to reconsider use of the term “zero fee,” or any similar phrases, as they may be deemed misleading without further disclosure if the amendments are adopted as proposed.

This alert discusses the implications of the proposed amendments for investment companies, particularly with respect to (1) the presentation of sales loads and gross expenses in fact sheets and other sales literature; and (2) “zero expense” fund advertisements.

The proposed amendments would also require fee and expense information to be as of the date of the fund’s most recent prospectus or, if the fund no longer has an effective Securities Act registration statement, as of its most recent annual report. A fund would, however, be able to provide more current information, if available.

If the proposed amendments are adopted as proposed, fund complexes would have to review fund fact sheets and other sales literature to determine if revisions are necessary. While many fund complexes already include gross and net expense figures in fund fact sheets consistent with FINRA Rule 2210, they should carefully review whether gross figures are presented at least as prominently as net figures in all investment company advertisements and supplemental sales literature.

The proposed amendments would amend Rule 156 to provide that representations about fees and expenses in investment company sales literature associated with an investment in a fund would be deemed materially misleading if they did not include relevant fee and expense information (e.g., securities lending fees). In the proposing release, the SEC stated that these amendments were designed to address concerns that investment companies and intermediaries may understate or obscure the costs associated with a fund investment, particularly with respect to funds that market themselves as “zero expense” or “no expense” funds based solely on information in their prospectus fee tables and without also disclosing that investors or the fund may incur other costs. For instance, an investor in a so-called “zero expense” fund may encounter other investment costs that can effectively reduce the value of his or her investment in a fund, such as wrap fees or compensation to a securities lending agent. Additionally, a fund may appear to be a “zero expense” fund because its adviser is waiving fees or reimbursing expenses for a period of time, but the fund will incur fees and expenses once that arrangement expires.

Fund complexes with “zero expense” funds should be proactive in reviewing sales literature to confirm that appropriate disclosure regarding any investment costs to investors, including wrap fees, securities lending compensation, or expense waivers set to expire, are included to avoid such literature being deemed misleading. In particular, fund complexes should (1) reconsider use of the term “zero fee,” or any similar terms, as they may be misleading without enhanced disclosure; and (2) review disclosure in prospectus fee tables (and any advertisements including such fee tables) to determine whether further enhanced disclosure must be included.

The SEC put forth a series of questions to industry stakeholders in the proposing release regarding the amendments, including whether they should be applicable to all investment companies. Comments on the proposed amendments are due to the SEC 60 days after publication in the Federal Register.

1 This might be the case if, for example, the advertisement only refers to the fund’s fees and expenses in the context of the disclosure required by Rule 482(b)(1), which requires a statement advising an investor to consider the investment objectives, risks, and charges and expenses of the fund carefully before investing. 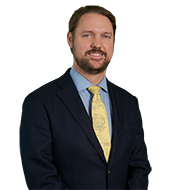 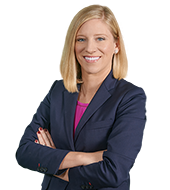