On 26 October 2022, the Securities and Exchange Commission (SEC) proposed new Rule 206(4)-11 (the Proposed Rule) under the Investment Advisers Act of 1940 (Advisers Act) and related amendments (together with the Proposed Rule, the Proposals), which, if adopted, would prohibit registered investment advisers from outsourcing certain services or functions without first meeting certain minimum requirements. Citing increasing use of third-party service providers and concern about investor harm resulting from such outsourcing, the SEC stated in the release relating to the Proposals1 (the Proposing Release) that the proposed “consistent oversight framework” for all advisers would help to protect investors’ interests and provide the SEC with visibility into advisers’ oversight practices and the related potential risks.

Specifically, the Proposals would require advisers to:

Among other types of service providers, it is likely that fund administrators and outsourced chief financial officers would be encompassed by the Proposed Rule, and the SEC indicated that outsourced chief compliance officers–among certain other compliance functions–would definitely be covered by the Proposed Rule. The Proposals also would require advisers to conduct similar due diligence on and monitoring of third-party recordkeepers, as well as obtain “reasonable assurances” that the recordkeepers will meet specific standards. Although most (if not all) investment advisers already conduct due diligence on, and monitor the services provided by, many of their service providers, the Proposals will likely pose additional challenges to such advisers. We discuss some of these challenges, including the difficulty in determining which functions and service providers will be covered by the Proposals, below.

Comments to the Proposals are due the later of 27 December 2022 or 30 days after publication in the Federal Register. If adopted, advisers would be expected to comply with the Proposed Rule starting 10 months from the rule’s effective date.

Under the Proposed Rule, a “covered function” is defined as a service or function that:

While the SEC stresses in the Proposing Release that the definition is not intended to include clerical, ministerial, utility, or general office functions or services, it also indicates that, in addition to functions central to an adviser’s advisory services (e.g., portfolio management), certain middle- and back-office functions relating to such services could also potentially be covered functions. Whether or not such a service would be a covered function will depend on the relevant facts and circumstances, thereby charging advisers with a duty to make their own reasonable determinations based on their own businesses and circumstances. For example, in assessing whether there would be a material negative impact, an adviser should consider factors such as its day-to-day operational reliance on the service provider, internal backup at the provider, and whether critical records are made or maintained by the service provider. As such, certain functions may be deemed covered functions for one adviser but not for another. In the Proposing Release, the SEC did provide some guidance as to what it expects would be considered covered functions and thus subject to the Proposed Rule.2 In its proposed amendments to Form ADV (Section 7.C of Schedule D), the SEC provides the following broad examples of potential covered function categories:

In addition, the SEC indicated that it views the following activities as being subject—or not subject—to the Proposed Rule:

Despite the foregoing guidance in the Proposing Release regarding the SEC’s views, advisers may find the definition of “covered function” vague. For example, at certain times, such as during a fund launch, legal counsel could be reasonably viewed as a covered function under the proposed definition, even though it is unlikely that advisory clients expect the adviser to oversee its legal counsel. In addition, an adviser could reasonably determine that, based on the proposed definition, a consulting service, such as one providing proxy voting guidance, is a covered function, which would then require the adviser to conduct due diligence on such consultant, which, depending on the provider, could prove unpracticable.

Under the Proposed Rule, a “service provider” is defined as a person or entity that:

As indicated above, the Proposed Rule does not distinguish between third-party and affiliated service providers. The SEC stated in the Proposing Release that the risks that the Proposed Rule is designed to address exist regardless of any affiliation, and an affiliation does not ensure adviser oversight. In addition, the Proposed Rule would not exclude service providers that are already subject to other federal securities laws, such as SEC-registered broker-dealers and other SEC-registered investment advisers. Furthermore, to the extent that a subadviser retained by the adviser itself engages a service provider, that subadviser would be required to comply with the Proposed Rule as it relates to such engagement. The SEC is seeking numerous comments in connection with the foregoing proposed definitions, including whether the term “covered function” should be more broad or more narrow and whether the definition of “covered function” should be expanded to include functions or services necessary for the adviser to comply with the federal securities laws or with the Advisers Act. It also invites comments regarding, among other things, whether particular provisions are sufficiently clear or should be revised.

In connection with these proposed reforms, the SEC is seeking comment on, among other things, whether there should be exclusions from the definition of “service provider” for subadvisers, dually registered broker-dealers, and affiliated and related persons of an adviser. The SEC is also seeking comment on whether there should be an explicit exception for when a registered investment company retains the service providers listed in Rule 38a-1 under the Investment Company Act of 1940 (i.e., principal underwriter, fund administrator, and transfer agent). In addition, it has requested comment on whether the Proposed Rule should include a provision that excludes—entirely or in part—an adviser’s existing engagement with a service provider that occurred prior to any compliance date of the Proposed Rule.

Due Diligence Prior to Engaging a Service Provider

Prior to engaging a service provider to perform a covered function, the adviser must have reasonably identified and determined through due diligence that it would be appropriate to outsource the covered function, and it would be appropriate to select that service provider, by complying with the following six elements that address:

Introducing a specific formulation for due diligence could be potentially burdensome, as advisers are arguably already required to conduct due diligence on their service providers in connection with the advisers’ fiduciary duties, and they are thus already conducting due diligence that they determined to be appropriate. The elements of such due diligence may differ from that proposed by the SEC in the Proposed Rule. In addition, satisfying the prescribed six elements may prove challenging to certain advisers with respect to service providers for which there is little transparency, easy accessibility, or competition. For example, depending on an adviser’s resources, it may not have various options when selecting a printing service to prepare offering documents or brochures, and the service may not be equipped—or willing—to respond to comprehensive due diligence requests or provide certifications, particularly when such requests are received by numerous investment advisers seeking to comply with the Proposed Rule. While an adviser may seek to negotiate service provider agreements to provide for certain representations by the service provider on which it may rely, it is unclear whether this would be sufficient to satisfy the due diligence requirement.

In connection with the due diligence requirement, the SEC is seeking comment on, among other things, whether it should exempt certain service providers or covered functions from some or all of the due diligence requirements. Noting that the Proposed Rule does not currently require advisers to adopt specific procedures relating to service provider oversight (as advisers are currently already required by Rule 206(4)-7 under the Advisers Act to have policies and procedures reasonably designed to prevent violations of the Advisers Act and the rules thereunder), the SEC is also seeking comment on whether the Proposed Rule should require such specific policies and procedures and whether Rule 38a-1 under the Investment Company Act of 1940 should be amended to require particular policies and procedures with respect to registered investment companies.

In connection with the proposed Form ADV requirements, the SEC is requesting comments on, among other things, whether advisers have concerns with the public disclosure of service providers that perform covered functions and whether private fund advisers should be required to provide information about their service providers to private fund investors through additional or different disclosure requirements.

Under the Proposals, an adviser relying on a third-party recordkeeper must comply with an oversight framework requiring the same due diligence, monitoring, and record retention as a “covered function” outsourced to a “service provider.” An adviser also would be required to obtain reasonable assurances that the recordkeeper will satisfy the following four specific standards:

The SEC noted that the manner in which assurances are obtained may vary by arrangement, and they could include a written agreement setting out the standards or the use of letters of understanding or statements of work.

As noted above, if the Proposals are adopted, advisers would be required to comply with the new requirements starting 10 months following the effective date of the rule. This is an aggressive compliance period, particularly in light of the number of other proposed rules—and adopted new rules—approved by the SEC in the last year. Compliance within this time period may prove particularly challenging for smaller advisers with fewer resources and personnel.

The Proposals are broad with potentially far-reaching implications. For example, advisers that utilize passive investment strategies and engage various index providers in connection therewith may need to conduct more formal, more enhanced, or otherwise different due diligence, monitoring, and recordkeeping than they are currently conducting. While the SEC provided some examples of the types of functions it views as covered functions, that was not an exclusive list, and each adviser will need to make its own reasonable assessment—which provides the opportunity for second-guessing. Given the scope of service providers potentially within purview of an adviser’s oversight obligations under the Proposals, the due diligence and ongoing monitoring requirements may be quite burdensome for advisers.


We acknowledge the contributions to this publication from our law clerk Crystal Liu.

4 With respect to existing engagements, an adviser would be expected to comply with the proposed ongoing monitoring and reassessment requirements (discussed below). 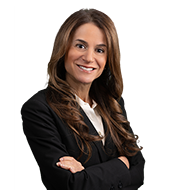 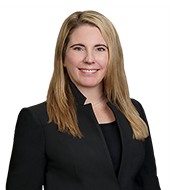 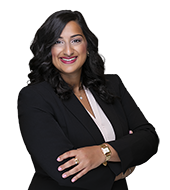