On 22 December 2020, the Securities and Exchange Commission (the SEC) proposed various amendments1 to Rule 144, including changes related to the filing of Form 144.2 The proposed amendments also include a minor change to Forms 4 and 5. These proposed amendments will be subject to a 60-day comment period after they are published in the Federal Register, which has not happened as of the date of this alert. This alert summarizes the key aspects of the proposed changes.

Section 5 of the Securities Act of 1933, as amended (the Securities Act), requires the registration of all offers and sales of securities in interstate commerce or by use of U.S. mail. Section 5, however, eliminates the registration requirement if an applicable exemption is available. One such exemption is set forth in Section 4(a)(1) of the Securities Act, which exempts “transactions by any person other than an issuer, underwriter, or dealer.” The term “underwriter” is defined in the Securities Act to be any person who either has purchased from an issuer with a view to, or offers or sells for an issuer in connection with, the distribution of a security or participates directly or indirectly in any such undertaking.

Rule 144 under the Securities Act sets forth a non-exclusive safe harbor pursuant to which selling security holders can be assured that they will not be deemed to be engaged in a distribution, and thus not be underwriters, if certain objective criteria are met. One of those criteria is a required holding period during which the selling security holder must have held the securities prior to resale.3 The purpose of the holding period is to create a period of time during which the holder has assumed the full economic risks of investment, creating a presumption that the holder is not acting as a conduit on behalf of the issuer for an unregistered offering of securities to the public.

In order to satisfy the applicable holding period requirement under Rule 144, a holder is permitted in certain circumstances to tack on either the holding period of prior owners of the same securities or the holder’s holding period for other securities owned by it. For example, Rule 144 allows securities acquired solely in exchange for other securities of the same issuer to be deemed to have been acquired at the same time as the securities surrendered for conversion or exchange. Therefore, in the context of convertible securities, a converting holder can tack on the time period during which it held the convertible security to the time period it holds the underlying security of the same issuer received upon settlement of a conversion in order to satisfy Rule 144 in connection with a sale of the underlying securities.

The SEC noted in the Proposing Release that a holder purchasing with a view to distribution is, in fact, an underwriter and therefore is ineligible to use the exemption under Section 4(a)(1) of the Securities Act if it were not for the current ability to fall under the Rule 144 safe harbor. Therefore, the SEC is proposing to amend Rule 144 so that the holding period for securities acquired upon conversion or exchange of certain market-adjustable securities issued by unlisted issuers would not begin until conversion or exchange. The SEC believes that it is not necessary to apply this proposed revision to issuers with securities listed on national securities exchanges because it is very rare that market-adjustable securities are issued by listed companies. In addition, the SEC views listing requirements of national securities exchanges as effective checks on abuses associated with market-adjustable securities. For example, since market-adjustable securities can result in significant dilution due to issuances of large amounts of the underlying securities, the SEC acknowledges that it would be unlikely that listed issuers would receive the shareholder approval required under listing rules of the New York Stock Exchange and Nasdaq Stock Market when an issuance involves 20 percent or more of a company’s outstanding common stock.

All Form 144 Filings Would be Required to be Made Electronically.

One of the criteria for eligibility to use the Rule 144 safe harbor is that a selling security holder must file a Form 144 if it is an affiliate5 of the issuer and the amount of securities being sold exceeds specified thresholds.6 Form 144 filings relating to issuers that are subject to reporting under the Exchange Act currently may be filed electronically or in paper. All other Form 144 filings must be made in paper. An overwhelming majority of Form 144 filings are made in paper, even where an electronic filing is permissible.7

The SEC has proposed to require that all Form 144 filings be made electronically. Any Form 144 filer who does not already have codes to make filings on the SEC’s Electronic Data Gathering, Analysis, and Retrieval system (EDGAR) would need to apply for such codes in advance. Accordingly, the SEC has proposed a six-month transition period from the effective date of the adoption of these proposed rules before electronic filings are mandated. To the extent that Form 144 filings are handled by a selling holder’s broker on its behalf, the broker would need to have the selling holder’s EDGAR filing codes in hand.

A corresponding proposed change is the elimination of the current requirement that one copy of a Form 144 be sent to the principal exchange, if any, on which the applicable securities are traded. This is in recognition of the fact that many exchanges do not require listed companies to provide it with hard copies of documents that are available on EDGAR.

Given that all Form 144 filings would be publicly available on EDGAR, the SEC has proposed an update to the content of Form 144 so that certain personally identifiable information and other immaterial information that it deems to be unnecessary no longer would be required to be included in Form 144 filings. Among the information items that no longer would be required are the home address of the selling holder and the Internal Revenue Service identification number of the issuer.

The SEC Would Establish an Online Fillable Document to Facilitate Electronic Filings of Form 144.

The SEC intends to create an online fillable document on EDGAR that would allow information required by Form 144 to be entered in an efficient manner and filed directly through the SEC’s website. Filers would be able to prepare and file a Form 144 and a related Form 4 through a single user interface. It is expected that this online fillable document would be similar to the fillable forms that currently are available to filers of Forms D, 3, 4, and 5. Filers would have the option to prepare a Form 144 and the related Form 4 separately, however, which is likely to be common where a selling holder’s broker handles the Form 144 and the selling holder or the issuer handles the filing of the Form 4.

The Deadline for Form 144 Filings Would be Changed to be Before the End of the Second Business Day Following the Day on Which the Sale of Securities has Been Executed or the Deemed Date of Execution.

Currently, a Form 144 must be filed concurrently with either the placing of an order with a broker to execute a sale or the execution of a sale directly with a market maker. The proposed rules contemplate that Form 144 filings and Form 4 filings would be made in conjunction with each other. Accordingly, the filing deadline for Form 144 filings would be amended to be the second business day following the day on which the sale of securities has been executed or the deemed date of execution,8 consistent with the filing deadline for Form 4s.

Form 144 Filings No Longer Would be Required for Sales of Securities Issued by Companies Not Subject to Reporting Under the Exchange Act.

Given the small number of Form 144 filings made with respect to issuers that do not report under the Exchange Act, the SEC is proposing to eliminate the current requirement for such filings. All other conditions of the safe harbor in Rule 144 would continue to apply.

Proposed Changes to Forms 4 and 5

A Box Would be Added to Forms 4 and 5 so That a Filer, at its Option, May Indicate That a Reported Transaction in the Form was Pursuant to a Rule 10b5-1 Trading Plan.

1 The full text of the SEC’s proposing release setting forth these amendments (the Proposing Release) is available here.

2 Although the SEC expressly has not proposed to eliminate Form 144 altogether at this time, the Proposing Release does request comment on the continued utility of Form 144.

3 A holding period of six months currently applies for issuers that have been subject to reporting under the Securities Exchange Act of 1934, as amended (the Exchange Act), for at least 90 days before the sale. For all other issuers, the applicable holding period is one year.

4 “Market-adjustable security” would be defined as a convertible or exchangeable security that provides for a conversion rate, conversion price, or other terms that, in each case, would have the effect of offsetting, in whole or in part, declines in value of the underlying securities that may occur prior to conversion or exchange.

5 As defined in Rule 144, an affiliate of an issuer is a person who directly, or indirectly through one or more intermediaries, controls, or is controlled by, or is under common control with, the issuer.

6 Currently, an affiliate of an issuer intending to resell securities during any three-month period in a transaction that either exceeds 5,000 shares or has an aggregate sales price of more than US$50,000 must file a Form 144. 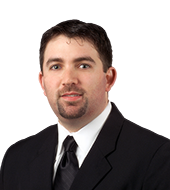