The SEC is promulgating the rules in the midst of an active debate between the investor community and publicly traded companies on the role of shareholder proposals, in particular in the context of so-called environmental, social, and governance (“ESG”) proposals.

The Shareholder Proposal NPR would heighten the eligibility criteria to submit a proposal for inclusion in an issuer’s proxy statement by creating a three-tiered system based on the value of shares owned and the duration of ownership. Currently, shareholders who own continuously $2,000 or one percent of a company’s securities for one year may submit a proposal. The NPR would (1) eliminate the one percent ownership criteria; (2) increase the $2,000 threshold to $25,000; and (3) allow shareholders who own continuously $15,000 of securities for at least two years or $2,000 for three years to submit a proposal.

The Shareholder Proposal NPR would also revise the submission and resubmission thresholds and impose additional requirements. First, the NPR would increase the resubmissions thresholds from 3-6-10 percent to 5-15-25 percent. Second, any proposal that has been voted on three or more times in the last five years cannot be resubmitted, even if it obtains 25 percent approval, if (1) it receives less than 50 percent of the votes cast and (2) loses 10% of its support from its immediately prior vote. According to the SEC, the resubmission thresholds are consistent with proposals that ultimately gain majority approval. The SEC states that from 2011–2018, 98 percent of proposals that received five percent support on their first submissions, and 95 percent of proposals that received support of 15 percent and 25 percent in their second and third submissions, respectively, were ultimately approved. Moreover, a single shareholder could not submit proposals in their own name and on behalf of other shareholders as a representative. Shareholder proponents would also be required to make themselves available to issuers to discuss their proposals between 10 and 30 calendar days after submitting their proposal.

The Proxy Voting Advice NPR would modify existing information and filing requirement exemptions for proxy voting advisors, allow issuers a second chance to review voting recommendations, and codify the SEC’s recent guidance that unsolicited proxy voting advice is a solicitation under Rule 14a-1(l), but that voting advice provided in response to an unprompted request is not a solicitation. With respect to the exemptions, the NPR would require any proxy voting advisor relying on an exemption to the information and filing requirements under Rule 14a-2 to disclose their material conflicts of interest in their advice. Moreover, registrants would be allowed to review and comment on the advice before the advice is issued, provided the registrant files the definitive proxy materials 25 days or more in advance of the relevant meeting, and registrants also would be allowed to request that proxy voting advisors include hyperlinks leading to a written statement of the advisors’ explanation of the advice. The NPR would also provide examples of when failure to include certain information in the proxy voting advice would be considered misleading.

Where Do We Go From Here?

The rules represent an important inflection point in the debate on the roles of and relationship between investors and the public companies in which they invest. Consequently, interested parties are encouraged to express their views on these important issues. The public comment period for the NPRs is 60 days following the publications of the NPRs in the Federal Register.

The K&L Gates global financial services policy team is available to assist interested stakeholders wishing to engage in the debate related to these reform efforts. 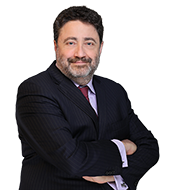